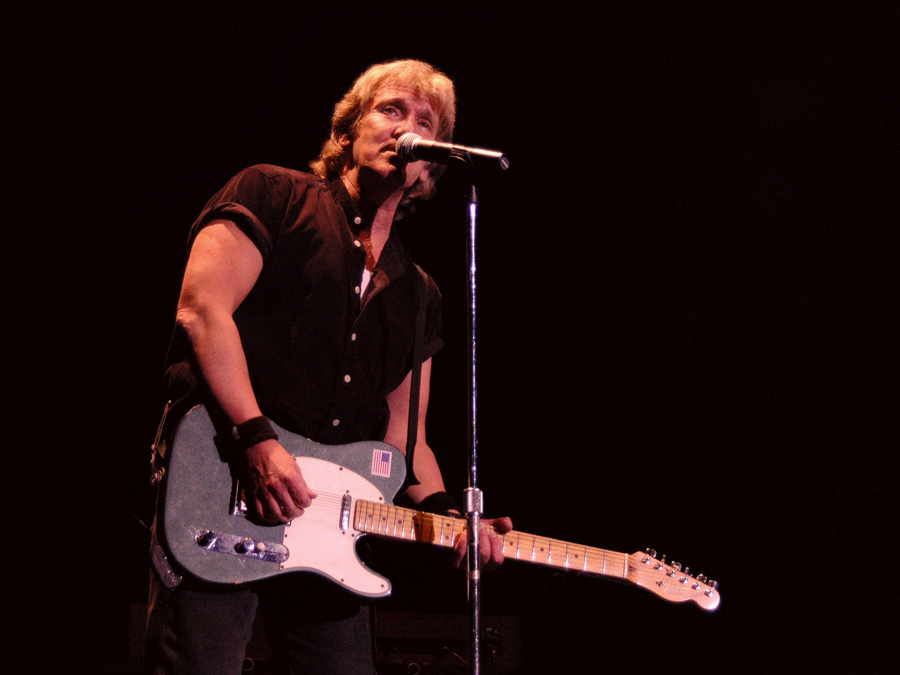 When John Cafferty and the Beaver Brown Band broke out with the hit “On the Dark Side” in 1983, the group didn’t immediately realize that it was becoming a nationally recognized act — the kind that could fill a large venue all on its own. But as the song was on its way to reaching No. 1 on Billboard’s Mainstream Rock Songs chart, Cafferty and his bandmates found themselves playing a gig at King’s College in Wilkes-Barre, when they realized that things were starting to change.

“We were in the gymnasium at King’s, and there was this big sound system. I remember asking our manager who else was playing at the show, and he told me ‘nobody,'” said Cafferty. “Then, I asked him how we were ever going to fill all those seats, and he said they were already sold out. That was our first indication that something big was happening for us.

“That was the first really big show we ever had,” he added.

Since that day, Cafferty has considered Pennsylvania to be one of his favorite states to perform in, and has regularly made trips down from his home in Rhode Island to do so. That love of performing in the state will soon be bringing his group to Williamsport, when John Cafferty and the Beaver Brown Band team up with The Grass Roots for a concert at 7:30 p.m. Friday at the Scottish Rite Auditorium, 348 Market St.

“We love coming down to (Central PA) because we have so many friends there,” Cafferty said. “We have been playing a lot of events with people from Lock Haven; we have been traveling all over with those guys, playing shows on cruises and things like that.

“We are really looking forward to it,” he added.

After seeing “On the Dark Side” hold the No. 1 spot on Billboard’s rock chart for five straight weeks, John Cafferty and the Beaver Brown Band would follow that track up with another No. 1 hit in the 1985 release “Tough All Over.” Other popular tunes by the group that charted on Billboard include “C-I-T-Y” (No. 9), “Tender Years” (No. 10) and “Song & Dance” (No. 47). Through the years, Cafferty has also put his music on the soundtracks of many popular movies, such as “Eddie and the Cruisers,” “Rocky IV,” “There’s Something About Mary,” “Cobra,” “Jersey Girl” and “Dumb and Dumber To.”

While fans at the Scottish Rite can expect to hear the group’s biggest hits throughout the show, Cafferty mentioned there will also be several songs played that many have likely never heard before.

“We have been sort of going back into some of the stuff we did before those soundtracks — before we were signed,” he said. “We were a band that played a lot of original music, and now we have been pulling a lot of stuff out of the vault.

“It is all kind of stuff from throughout our career,” Cafferty added. “We are now 30-some years down the road, so it is pretty cool.”

Though Cafferty and members of The Grass Roots met briefly a few years back, when they ran into each other on the Flower Power Cruise (Cafferty was getting off the cruise while The Grass Roots were boarding), the two acts have never played a show together before. That makes the concert in Williamsport that much more special for Cafferty, who will get to watch a group he has followed for decades open up for him.

“Our band had success in the ’80s, but we are guys that grew up in the ’50s and ’60s, so our music is inspired by the generation that came before us,” Cafferty said. “That music is kind of why we picked up instruments in the first place. We have always played music that is in the color of that music.

“The Grass Roots are a great band, and they have accomplished amazing stuff in their own right,” he added. “They have a bunch of hits.”

He’s right. They do.

After originating in 1965, The Grass Roots have charted 21 songs on Billboard’s Hot 100, making them one of just nine acts that can make that claim. They’ve produced three Top 10 hits, including “Midnight Confessions” (No. 5), “Let’s Live For Today” (No. 8) and “Sooner or Later” (No. 9), and set a record for being on the Billboard charts 307 straight weeks, from 1967 to 1972. The group has also sold upwards of 20 million albums worldwide, and previously held the attendance record for a one-act show in the United States, when 600,000 people turned out to see them play in Washington, D.C. on July 4, 1982.

“It is great to be doing this show with John Cafferty,” said Larry Nelson, keyboardist for The Grass Roots. “We just love getting out to play, so that is the best part about it for us.

“They are always happy to have classic rock bands come through Pennsylvania,” he added.

Saying that the fans are guaranteed to have a great time at the show, Nelson also promised that The Grass Roots will be playing only their biggest hits during their set.

“Given the amount of time we are playing, it should be wall-to-wall songs that they will recognize,” he said.

Since he has been touring with The Grass Roots for decades, you might think that Nelson and his bandmates would be tired of playing together by now. But according to him, that couldn’t be further from the truth.

“We are all best friends, so it is great getting to work with your best friends every night and to play songs for people who appreciate them,” Nelson said. “You have to have a certain personality to be okay playing the same songs every night and still make them feel fresh.”

“It takes a lot to want to live the life of a musician — there are no guarantees of success, and there is a lot of time away from home,” added Cafferty. “But with the right hands and the right heart, music can really lift people’s spirits. It is a wonderful gift to have.”