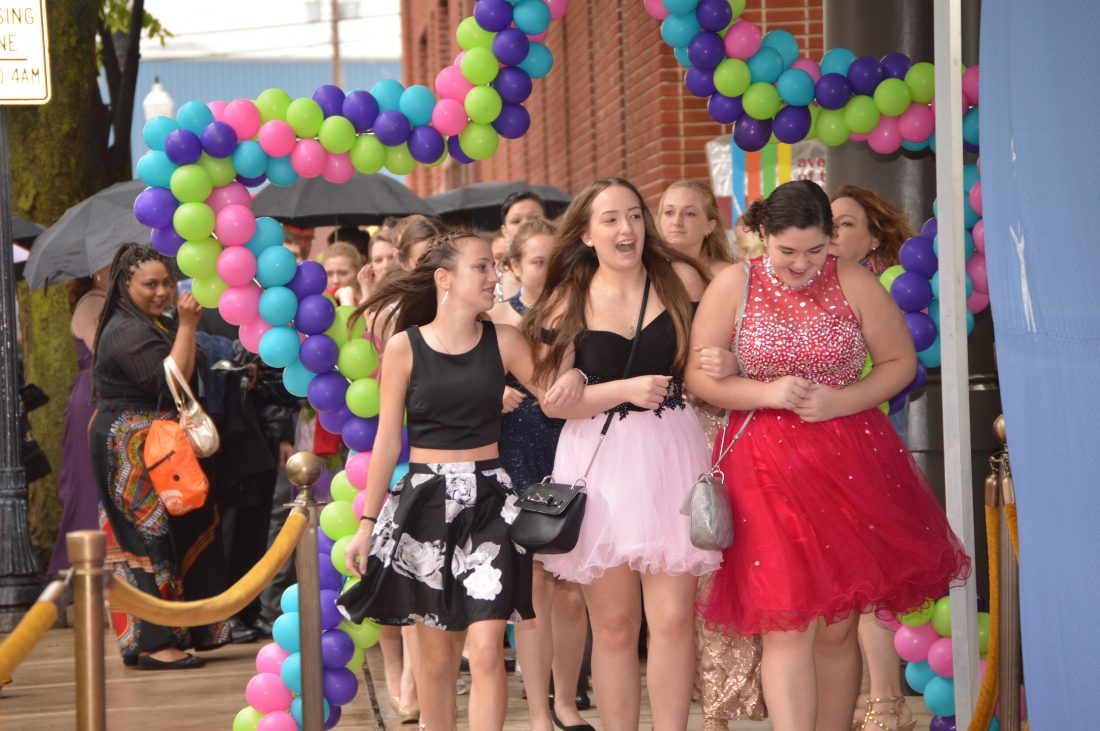 For area theater students, few events are as exciting as the Community Theatre League’s annual Ray of Light Awards. The event, which is styled after the Tony Awards, serves to highlight local high school drama programs and brings attention to the brightest student performers around.

Now in its 11th year, the 2019 Ray of Light Awards are scheduled to be held at 2 p.m. May 25 at the Community Arts Center, 220 West Fourth St. Like any major award ceremony, this event also offers a red carpet experience, so there will be music and photographers stationed outside the venue as attendees arrive between 12:00 p.m. and 2:00 p.m.

“We are all very excited for the awards,” said Seth Sponhouse, CTL executive director. “The event is going to be bigger and better than ever this year, with 750 students from 17 high schools and 25 productions that were performed. We are all just very excited to have another great event.”

This year’s “Rays” are especially exciting for Sponhouse because, for the first time, he will be going to the ceremony as CTL’s executive director, after being promoted to that position in 2018.

“What is really exciting for me is seeing all these kiddos. This is my third year being employed by CTL, but I have been involved with it for a long time,” Sponhouse said. “A lot of the seniors I have been seeing in theater ensembles throughout their high school careers, but this year a lot of those kids have taken lead roles; I have got to watch them grow up on stage. That is what will make it the most exciting for me personally.”

In determining which productions and performers are nominated for awards, CTL employs the use of adjudicators, sending no less than seven of them to each school’s performance. The adjudicators are either current members of the organization or were picked through an application process based on their theater, music, dance or drama experience; they use a scoring rubric to help stay as objective as possible. To ensure fairness, each of the adult judges must attend an annual training, and none of them have any affiliation with the participating productions.

“Across the board, the biggest comments we have gotten from the adjudicators are that the schools are constantly scoring higher than ever. We are going to see some really big wins,” Sponhouse said. “We have already seen nominations for many schools that haven’t been nominated in the past. It shows that the directors are really getting support from the school districts.

“It used to be just a few school districts from across the board would get nominations, but now more and more are getting involved,” added Sponhouse. “It is really great.”

Given that the Community Ars Center is such a historic landmark locally, Sponhouse said it is a real treat for the Community Theatre League to host the awards there. Citing the theater’s beauty, he said that anyone who gets to perform on its stage is “blessed and honored.”

Sponhouse mentioned that Sharon Mack, the CAC’s executive director, also gets a big kick out of the evening.

“Her and I have talked many times about how great of an event this is. She constantly brings up how much this makes her smile,” he said. “It is especially great since we are celebrating the achievements of our local students together.”

In addition to all of the great things that already make the Rays a special time, this year’s event will also see two new scholarships being awarded — the West Virginia University Theatre and Dance Department Scholarship and the Andree P. Phillips Leadership in the Arts Award.

The scholarship from the WVU School of Theatre and Dance will be equivalent to the cost of the university’s tuition, and is renewable over eight semesters of study. Basically, it will cover the cost of tuition for all four years of school for the winning student, so long as they continue to study theater at WVU. Students were required to go through an audition process to be eligible for this award.

“That is kind of a really large scholarship,” Sponhouse said. “We saw that (WVU) was involved with other award shows similar to the Ray of Light Awards, and so I cold-called them. They loved the idea and came on board.”

The Andree P. Phillips Leadership in the Arts Award, named after CTL’s president, is a scholarship for students choosing to go into higher education, but not necessarily into an arts-related field of study. To be eligible for this award, students were required to submit an application and go through an interview process. The three finalist for the award are Brian Bond (Williamsport Area High School), Sarah Moore (Central Columbia Area High School) and Olivia Rearick (Milton Area High School).

Adding these new scholarships into the Ray of Light Awards program is especially gratifying for Sponhouse, who wants the ceremony to focus as much on education as possible.

“This will help these kids in the area move on to higher education,” he said.

Even those who aren’t awarded with a scholarship could still end up with a great prize at the Rays. Each student winner receives a $50 honorarium and trophy. The winners of Best Play, Best Small-Scale Musical and Best Large-Scale Musical win a trophy and a $500 honorarium, which goes directly to the drama programs of those schools.

Sponhouse said that, while the evening is always a special one for all of those in attendance, there are varied reasons for that.

“I think some kids take away validation, because sometimes theater and the arts go unnoticed and get put on the back-burner to sports,” he said. “This is a chance for them to say that theater is also special and to emphasize how spectacular it can be.

“Some of the kids take away camaraderie because they are around many other students who share their interest,” added Sponhouse. “The party after the event is great for that, because you get to see kids from all these different school districts blending into one.”

He also mentioned that the evening is great for parents because, “It is one last time to see their kid perform, and they get to watch them do it on a great stage.”

For more information on the Ray of Light Awards, go to ctlshows.com.