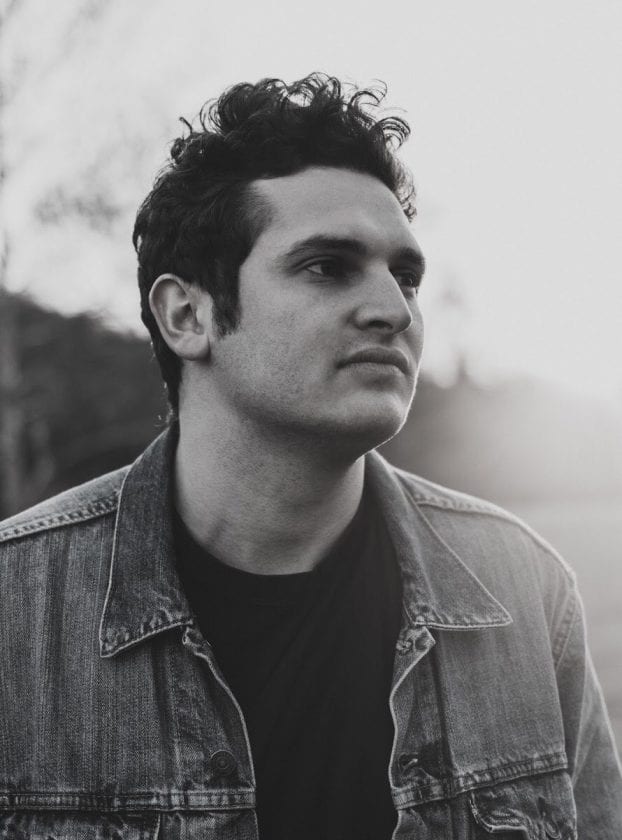 Ever since he was a child, Loyalsock native Dylan Rockoff has aspired to make a career out of music and has worked hard to bring that dream to fruition. Even while in college at Northeastern University in Boston, Rockoff was able to make steady progress towards achieving his goal.

Two years ago, he won a Live Nation competition that allowed him to open a show at Madison Square Garden for famed rock musician Jon Bon Jovi. Not too long before that, Rockoff saw his debut EP “These Old Streets” crack the top 10 on the iTunes Singer/Songwriter chart when it was released in April of 2016. The EP’s single “I’m Feeling Fine” was even featured on NBC’s “The Today Show.”

So, to say Rockoff has been on the right track with his musical career might be a little bit of an understatement. Being able to balance his duties as a college student and still get his name out there as an artist was no easy task, but it showed the dedication that he has to his trade.

Now, the time has come for Rockoff to give music his full attention. After graduating from college over a year ago, the singer-songwriter moved down to Nashville to give himself even more exposure to industry insiders by setting up camp in one of the world’s biggest music hubs.

The move has already paid dividends for Rockoff, and he has had a huge spring and summer to prove it. Over the last few months, Rockoff has released a slew of new music online, played big gigs at places like the Bonnaroo Music & Arts Festival and Nashville’s famed Bluebird Cafe, and opened up shows for American Idol winner David Cook.

“I think the biggest thing this year is that I have been able to take it on full-time and go all out with it,” Rockoff said, of his musical journey.

Working with Nashville producer Lucas Arens over recent months, Rockoff has created a number of new pop tracks that have already started to see success. His first single created with Arens, “Awesome,” was released back in March and already has upwards of 168,000 views on Youtube, and is getting a ton of plays on major streaming services as well.

“I love that song, and I love playing that song,” Rockoff said. “I had high expectations for it coming in, but it is always really crazy to see people latching onto it and really enjoying it.

“For me, the coolest thing is to see people’s comments on (Youtube),” he added. “It is really encouraging and it makes me want to keep getting better. It’s validating in the sense that I’m on the right track, and I should continue to put out the music I am putting out.”

Since releasing “Awesome,” Rockoff has tried to put out a new single at least every month and a half. Other singles released over recent months include “You’re the One That I Want,” “Competition” and “Anymore,” which just went out on Aug. 8.

The song “Anymore” was written about the core group of friends Rockoff grew up with, who he doesn’t get to see very often these days. He said it serves as a reminder for people to stay in touch with those that they really care about, and to continue to be a positive and encouraging influence for them.

“It’s just a yearning for that nostalgia of being all together with your OG group of friends,” he said.

By releasing new music every few weeks, Rockoff said he has already seen his listener base start to grow — currently, he’s seeing upwards of 139,950 monthly listeners on Spotify. He’s also gaining a lot of fans by going out and playing shows around his new city.

“I have been playing a lot here in Nashville, but I am really trying hard not to over-play,” he said.

Earlier this month, Rockoff got to play some shows outside of Nashville, when he went on the road with American Idol champion David Cook for shows in New York City and Boston.

“That experience was amazing,” he said. “The fans were awesome, and David is a great guy. I really enjoyed playing with them.

“I think the fans really took to me, and they saw that I am really going for it now, and that I am dedicated to what it is that I am doing,” he added.

Opening up shows for Cook were just some of the great concert experiences Rockoff has enjoyed this summer.

Back in June, he was able to collaborate with the Musicians On Call and the Bonnaroo Works Fund to play two acoustic sets at the Bonnaroo Music and Arts Festival in Manchester, Tennessee.

“Bonnaroo was really, really cool,” Rockoff said. “It was cool, first of all, because I got to play Bonnaroo. We drew some pretty solid crowds the days that we played.

“It was funny trying to compete with the hard 808 basses that were going on during my set, but we did it,” he added. “That was fun.”

Not even a full month after playing the sets at Bonnaroo, Rockoff got to live out another dream — playing a set at The Bluebird Cafe in Nashville. The 90-seat music club has helped many singer-songwriters jump-start their careers, and was made even more famous by the ABC hit drama “Nashville,” in which it was regularly featured.

“I have never played somewhere like that before,” Rockoff said. “I always said that a room full of people that are really quiet and intently listening is so much quieter than an empty room. I really felt that way at the Bluebird. Everybody who comes there is dead silent and they are listening to every word, every note and every little nuance in your voice.

“That’s the way a lot of audiences are here in Nashville — they are very attentive and they really care about just listening to the music and nothing else,” he added. “Nowhere did I experience that more than the Bluebird.”

Having a musically inclined family, Rockoff said that the desire to be a performer was instilled in him at a very young age, and would have been there no matter where he grew up. But having his upbringing in the Williamsport area, where he had some great resources at his disposal, definitely didn’t hurt his career aspirations any.

“I think the force inside me to want to do music would have been there no matter what or where I would have been,” he said. “But the fact that the Uptown Music Collective was there where I grew up to foster and nurture that interest turned me into a better musician than I think I would have been if I had grown up somewhere else.”

After graduating college, Rockoff said he knew he wanted to live in one of the three biggest music hubs in the country, so his choices came down to New York City, Los Angeles, or Nashville. He ultimately chose Nashville because it “felt more like home.”

“Williamsport’s music community is an oasis, and I really believe that. I think that there is a lot of really talented bands and artists up there,” he said. “Nashville is different in the sense that there is just more industry down here. All of the biggest publishing companies in the United States and the world are down here; the record labels are down here.

“You never know who you are going to meet when you are out at a show or out at the bar, so you always have to be ready to give your 30-second pitch,” Rockoff added. “Those relationships are really important. These people who work down here actually work for the companies who are signing artists to publishing deals and record deals.”

In the beginning of September, Rockoff will be returning to the area to play shows at The Bar on Market (Sept. 6), Callie’s Garden Dedication at James Short Park (Sept. 7), and at White Deer Golf Course (Sept. 8). He will be following that up with a tour of some major cities, which will take him to Philadelphia (Sept. 23), Boston (Sept. 24), New York City (Sept. 25) and Nashville (Sept. 29).

“I am so amped for this tour coming up. The last time that I went on tour and played those markets with a full band was 2017, so it has been a while and I am really looking forward to it,” Rockoff said. “I think that we’ve really improved the set a lot and we have really honed in on what we do well as a band.”

He also has plans to release another single in October, which will be accompanied by a music video. Then, in late 2019 or early 2020, Rockoff will be releasing a new EP.

“I think that is going to be the best collection of music that I have put out yet,” Rockoff said. “I am really excited about that.

“I just hope that everybody who has been listening stays tuned,” he added.

Those interested in listening to Rockoff can find his music on all major streaming services, including Spotify, Apple Music, Amazon Music, Google Play and Youtube.