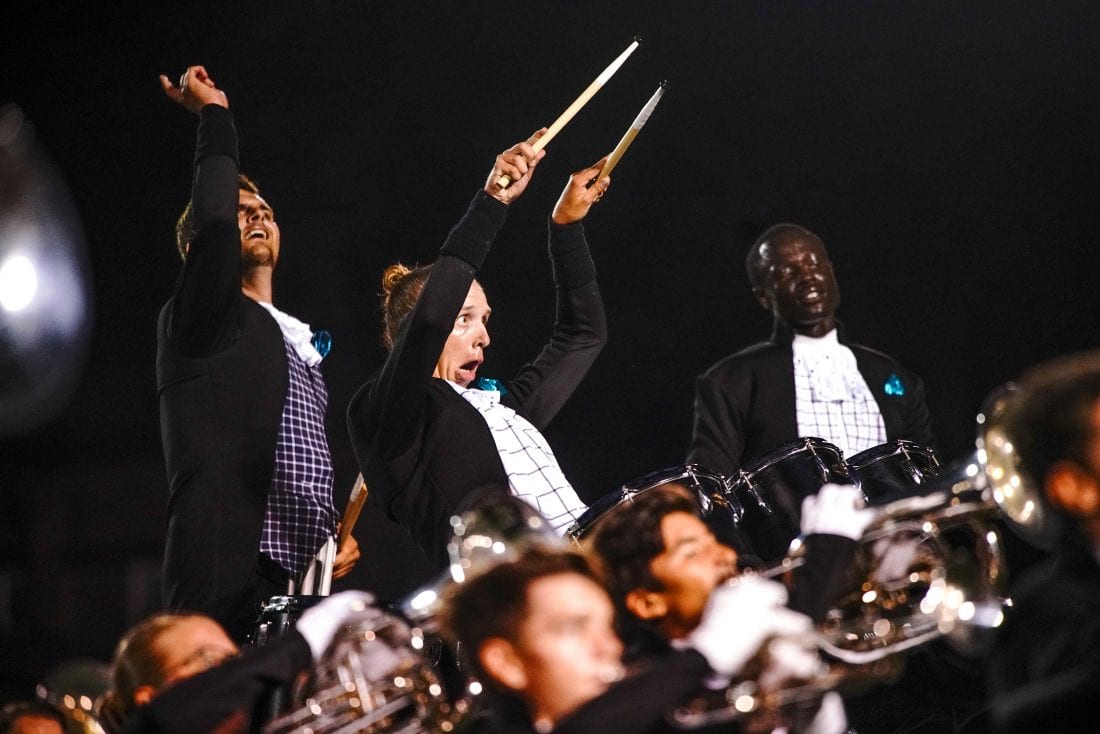 Now that the Little League World Series has come and gone, it’s time for the sound of brass and percussion instruments to fill the air throughout Lycoming County. For the second year in a row, the Drum Corps Associates World Championships are coming to Williamsport, and will bring thousands of musicians, staff members and fans along with them.

Festivities for the event will kickoff on Friday evening in downtown Williamsport, with the championships being held on Saturday and Sunday at Williamsport Area High School’s STA Stadium.

“We are so excited to get back there,” said Allen Buell, DCA president. “The city of Williamsport — everybody from the Mayor all the way through the restaurants and hotels — were great last year.”

For those who don’t know, a drum and bugle corps performance is somewhat similar to a high school or college marching band, but with a few major tweaks. The biggest difference between the two is that a drum corps show is much louder and more powerful, because they rely on brass instruments as opposed to woodwinds. Another major difference is that the movements that accompany the music have a much more professional feel.

“It can be extremely exciting. People don’t know what it is, but then they watch it for the first time and they are usually blown away,” said Buell. “Not only by the precision and the speed, but just by the talent of the individuals they are watching.

“You not only go to listen and hear the music, but everything you are listening to you are watching move at the exact same time,” he added.

There will be 14 teams participating in this year’s championships, with 10 Open Class corps and four Class A corps; each class gets its own tournament. The difference in the classes is in their size, as Class A teams can have maximum of 65 members and Open Class teams can max out at 128 members. In both tournaments, teams must enter and exit the field within 17 minutes and must perform for a minimum of 10 minutes.

Both preliminary tournaments will run from 4 to 10 p.m. Saturday, while the championship finals will start at 6 p.m. Sunday. An Alumni Spectacular will be held at 10 a.m. Sunday in the Williamsport Area High School Auditorium.

Each of the teams performing in the championships first started learning their respective musical routines last winter, and most have been rehearsing their visual routines since last spring. Having toured with the DCA throughout the summer, playing many shows along the way, Buell said each of the teams involved will be performing like well-oiled machines in Williamsport.

“They are primed and totally maxed out. This is the show to see,” Buell said. “It is like they could do it with a blindfold on.”

Once the teams participating in the championships arrive today, they will set up camp and begin practicing at various locations throughout the area tomorrow. Since each team has been promised its own designated practice area per the terms of the DCA’s contract, Buell said there will be 30 different practices going on beginning at 9 a.m. Friday.

“You will see buses, tractor-trailers and vehicles all over the county,” Buell said. “Last year was our first year, so people were kind of like ‘what is happening?’ Everywhere they went, they heard music.

“It’s not a bad thing, they were excited,” added Buell. “I went to several different practice sites, and there were tons of people coming out to watch. It is free entertainment to watch these groups practice.”

More free entertainment will be offered to those in the area on Friday evening, when the DCA hosts its Individual and Ensemble Competition on West Fourth Street beginning at 5 p.m. With a large portion of the street being shut down, the event will offer free musical performances and food vendors, and open containers will be allowed.

At 8:30 p.m. on Friday, the festivities will move inside the Community Arts Center, 220 West Forth St., for the Mini Corps Show, which is also free to the public.

“It is almost like a festival atmosphere with music and entertainment,” Buell said. “We have no hidden agenda. We want everyone to get a taste of what drum corps is, and then maybe they will be excited to come and buy tickets to the World Championships on Saturday and Sunday up at the stadium.”

For the first time in the 55-year history of the DCA, this year’s championship weekend will feature some performances by a special needs team — the Free Players Drum Corps (Bethpage, New York). The Free Players will compete in the Individual and Ensemble Competition on Friday, and will also get to perform their routine as an exhibition during the championships on Sunday.

“I can’t even tell you how great this is,” Buell said. “No group like this has been at the DCA championships before — so we are just honored. To see them, they will just rip your heart out.

“Just to walk out on the field and hear the audience go insane for them, and to see the joy on their faces is just amazing,” he added. “It shows you that there is still some good left in the world.”

For more information on the DCA World Championships and a full schedule of events, visit dcacorps.org.