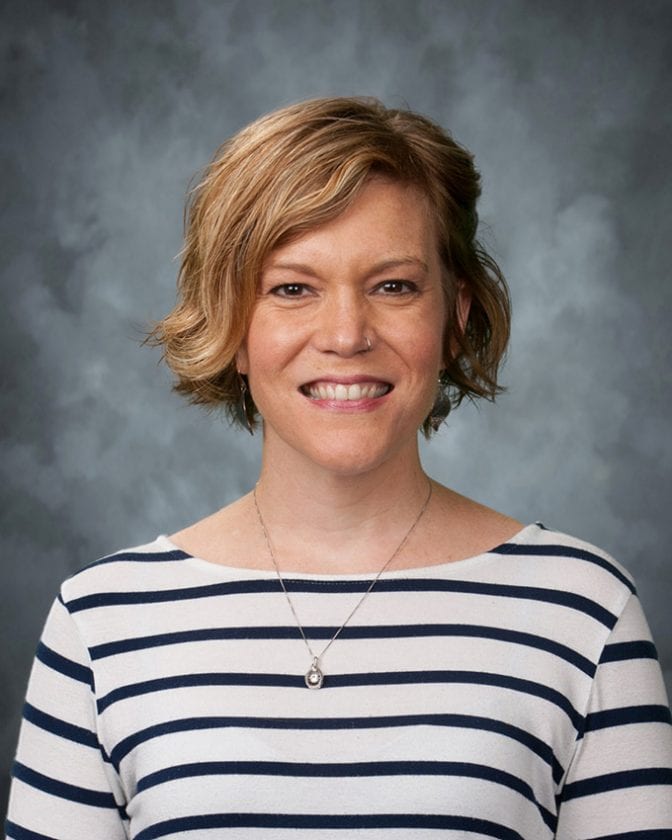 Born Denise Hershey in Downingtown, in 1980, Denise M. Clark moved to Roaring Spring (outside Altoona) when she was in fifth grade.

As Central High School did not present plays or musicals, she was active in its music programs, singing in the choir and performing in the competitive marching band. Her earliest memories are singing and playing the flute and piccolo.

Following graduation in 1998, Clark “followed some friends to Williamsport” and enrolled at Empire Beauty School, and worked as a licensed hair stylist before deciding to go to college.

After starting out as a music major at Lycoming College, Clark transferred to Lock Haven University and changed her major to English Literature, and was named Outstanding English Major of the Year.

After earning her B.A. in English Literature, Clark was offered a full scholarship as a graduate student at Bucknell University, where she earned her Master of Science in Education degree in 2007.

Hired as a full-time English teacher by Montoursville Area School District in 2007, Clark has been an enthusiastic member on that faculty there ever since.

Acknowledging that she has a “strong sense of stage presence but no formal training,” Clark agreed, when asked by Montoursville’s principal in 2008, to direct a fall play.

Eventually, she agreed to also direct the spring musical, but turned to her friends at the Community Theatre League for their valuable assistance.

“The late Jason Moyer had an incredible influence on me as a director and performer,” Clark said.

At the Community Theatre League, Clark was involved in several productions, both as an actor and a director.

Her fist role was as the zany Fairy Godmother in “Cinderella,” followed by other fun roles in “Clue: the Musical,” “Olivier,” and “Belles.”

She also directed CTL’s MainStage production of “Spamalot” and “Other Desert Cities” in the Jason Moyer Studio Theatre.

Clark also helped to form the Community Academy of Stage and Theatre (CAST), and “loved to work with and learn from talented people like Jacquie Engel, Marie Fox, and Seth Sponhouse,” among others.

Taking advantage of Montoursville High School’s recent building project, Clark’s duties now often include teaching drama classes, advising the Theatre Arts Club, the Thespian Honor Society, and the improv troupe. She said that MAHS has been recognized over the years by the Ray of Light Awards for excellence in high school theatre.

Some of her favorite MAHS shows include “Shrek, the Musical,” “Pippin,” “Seussical,” “The Crucible” and “Our Town”.

She also happily joined forces with MAHS music instructor Jaclyn Gilbert last fall in staging the revue “The Taffestas,” with the show traveling to North Penn High School, and presented at the Pennsylvania State Thespian Conference.

Clark is currently pursuing her doctorate in educational leadership through Immaculata University, in a cohort-style program designed for working teachers. She is also completing her practicum to become a principal, and expects to be certified in early 2020.

“While I somewhat haphazardly ended up in the Williamsport area, I could not be more blessed to live here,” she said.

“I firmly believe that the arts are essential in education, and that our music and drama teachers are precious resources,” Clark added. “The arts are revered in this region and our children are provided with exceptional opportunities. There is no shortage of outlets for creative expression here.”