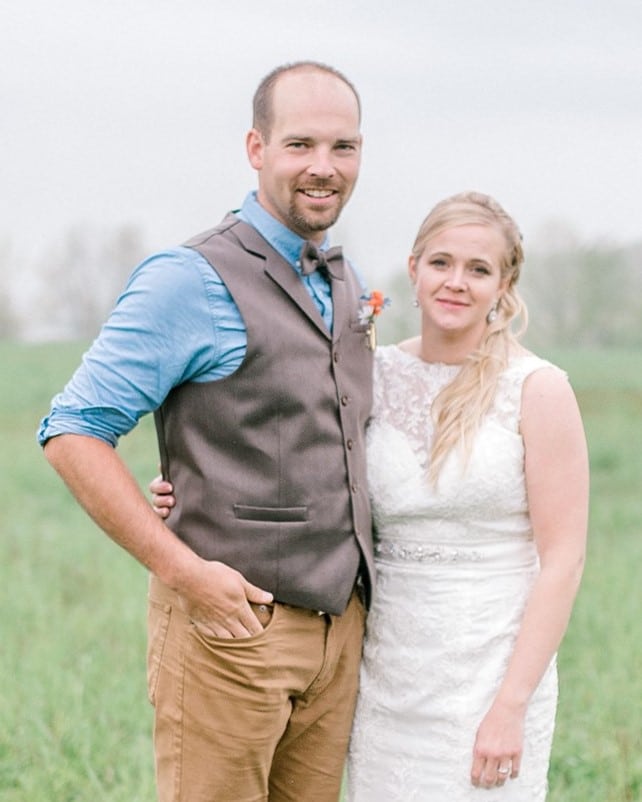 They were married by the Revs. Mike Hill and Max Furman, at the home of the couple, where a reception and rehearsal dinner also were held.

The bride is the daughter of Cathy Hill, of Allenwood, and the late Daniel Hill. She graduated from Montgomery Area High School in 2006 and received a degree in culinary arts from Penn College in 2008. She is employed by Lowe’s, Montoursville, as a flooring specialist.

The groom is the son of Sharon and Mark Upright, of Montoursville. He graduated from Pennsylvania Homeschoolers Accreditation Agency in 2003 and received a degree in surveying, auto-cad and civil engineering from Penn College in 2009. He is employed by PennDOT, Montoursville, as a civil engineer — transportation.

The bride was escorted to the altar by her brother, Chad Hill, of Allenwood. Harpist was Fawn Upright, of St. Mary’s, Alaska, sister of the groom.

Maid of honor was Alicia Neubert, of Saylorsburg.

Bridesmaids were Natalie Singer and Amanda Turner, both of South Williamsport; Maria Piselli, of Cogan Station; Sarah Scott, of Williamsport; and Ashley Hornberger, of Mifflinburg.

Flower girls were Esther Upright, of Hobart, Indiana, and Clara Hazellief, of Okeechobee, Florida, nieces of the groom.

Ring bearer was Isaac Upright, of Hobart, Indiana, nephew of the groom.

Best man was Dale Upright, of Montoursville, brother of the groom.