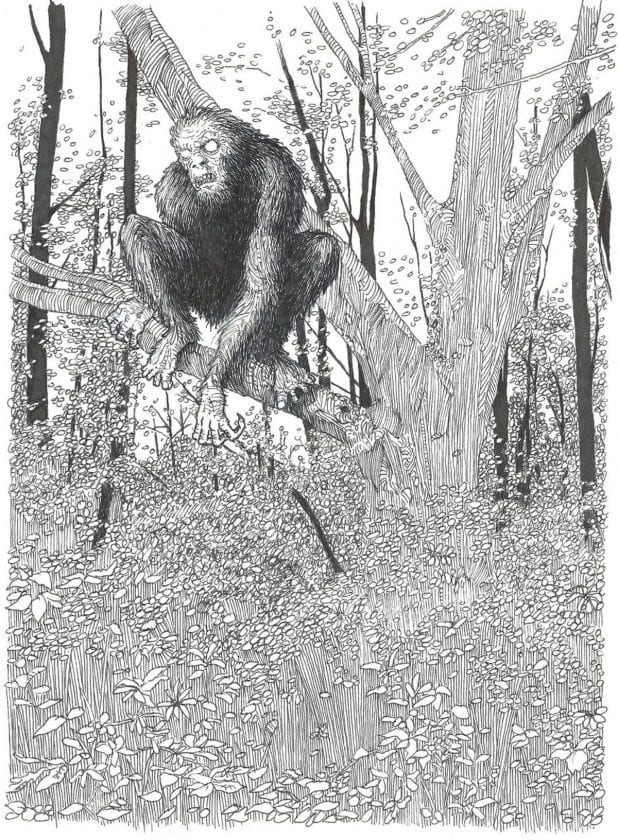 The Susquehanna Greenway is a landscape full of opportunities not only for hiking, biking and paddling, but also for rich cultural and historic treasures, some of which have ghostly pasts. As Halloween approaches, now’s the time to brush up on your Greenway ghouls and legends. So, grab your monster repellent and get ready to learn all about the spooky specters of the Susquehanna Greenway!

A creature with many names, this elusive legend has been said to lurk in the waters of the Susquehanna River near Lock Haven in Clinton County. The Kettle Creek Monster, West Branch Dugong, or Susquehanna Seal is a marine creature that dates back over a century.

An article in the Daily Democrat from February 27, 1897, describes the travels of a creature that existed before the valley was settled, making its way up the river and settling in the area between present-day Lock Haven and Kettle Creek. It is detailed as a “marine animal or sea monster” with the “the bulk of an ox or hippopotamus.” The monster was “not the form or image of anything else on earth” and was said to make a horrible howling and thrashing at night. It was often blamed for the spilling or capsizing of lumber rafts at the time.

Reports of the creature became less and less frequent in the later 1800s, many believing it to have died or escaped to the ocean through underground caverns.

Sea lion, shark, whale, or some prehistoric dinosaur –the true identity of the creature remains a mystery. Is the Kettle Creek Monster / West Branch Dugong / Susquehanna Seal really gone? Tread carefully next time you paddle your way through this section of the Greenway.

Another marine mystery is said to lurk in Susquehanna waters near the river’s confluence in Northumberland County. Seen as recently as the 2000s, the Susquehanna’s Mystery Thing was publicized by outdoor guide and writer Ken Maurer of Sunbury’s The Daily Item.

Upon being asked during a panel discussion about his most “mysterious sighting” while in the wild, Maurer recalled a large creature that he saw swimming in the Susquehanna River.

A friend of Maurer’s who had also seen the creature described it as a small submarine about to surface. On Maurer’s own sighting, he says, “It pushed a wake that made waves that lapped up on the shoreline. At about 50 yards, it sank out of sight. Creepy. Over the next year or two, I saw it several times and it always sank out of sight before it got close enough to be seen clearly.”

The account received mixed reactions, some questioning the reporter’s encounters, others coming forward with similar sightings in the area.

Has the Susquehanna Seal of Clinton County relocated to new waters? One thing is for sure, the Susquehanna Mystery Thing would be a spooky sight to see from a kayak in the Greenway waters of Northumberland County.

The Hemlock forests of northern Pennsylvania are said to be home to a sad mythical creature known as the Squonk. Pig-like with a saggy skin covered in warts and blemishes, the Squonk spends much of its life weeping. It is very elusive, preferring to hide out of sight in the hemlock woods; however, the legend says that if you do happen to catch a Squonk, it won’t be long before you find yourself with a puddle of tears in place of the beast.

The story of this strange creature is thought to have its roots in Pennsylvania’s lumber history. The only account of a person catching a Squonk comes from the book Fearsome Creatures of the Lumberwoods, a fantasy field guide published in 1910 by William T. Cox. In it, a man captures a Squonk in a sack only to feel the sack becoming lighter and lighter as he carries it home. Upon opening the sack, he finds nothing left but a wet spot.

The northern reaches of the Greenway overlap with Squonk territory. Listen carefully for its sad sniffles and think twice before you step in any puddles. It might have been a Squonk!

Did you know the swamps of northern Clinton County once contained quicksand? It’s said that a strange glowing fireball known as the Swamp Angel still frequents those wetlands.

According to legend, escaped slaves captured a Native American brave and maiden, and killed the man. The woman was able to flee, but, stricken by grief, drowned herself in the quicksand. Since that fateful day, she would appear over the swamp in a glowing orb. Her spirit would even help you if you went to the swamp and asked, and thus it became known as the Swamp Angel.

The most famous account of the Swamp Angel originates with a man named Isaac Gaines, aka “Loop Hill Ike,” a real-life folk hero and legendary witch and monster hunter during his era. It is said that he called upon the aid of the spirit to break a witch’s curse, summoning her by burning a plant called foxfire. The Swamp Angel appeared with just the right advice and the day was saved.

Next time you find yourself in a pickle, just make your way along the West Branch section of the Greenway to Clinton County, and see if the Swamp Angel can help you out!

Most simply described as a mishmash of animals, the Giwoggle was called upon by local witches to wreak havoc and mayhem on farmers who offended them. It was about six feet tall, shaped like a wolf, and stood on its back legs. Instead of front paws, it had bird claws, and instead of back feet, it had horse hooves, which confused trackers trying to follow it.

The local hero “Loop Hill Ike” also reappears with this legend, tasked with hunting down witches, ghosts, and monsters. Today you can visit his grave inscribed with his real name “Isaac Gaines” at Furst-McGonigal Cemetery in Clearfield County.

This being said, keep your eyes open for the Giwoggle as you explore the trails and communities of the Greenway in Clinton County. “Loop Hill Ike” isn’t around to be the hero these days!

A mythical being known to frequent European folklore, a Water Witch was said to have power over the wind and weather, often appearing to sailors and others in the seafaring trade. Pennsylvania’s Water Witch is a lesser known entity with her own unique history and abilities.

According to Henry Shoemaker’s Susquehanna Legends, “They say, that is the old mountaineers, that the Water Witch was an Indian girl who suddenly changed her mind towards her lover. Having influence with the Gods, the deserted one had her made into unchanging water; and in her helpless state, she mocks the petty aspirations of mankind.”

Rather than controlling the elements, this Water Witch, “being the symbol of something ever flowing” knows a person’s destiny. She emerges as if dreamlike to reveal that destiny, but beware; her prophecies are often mocking or even withheld completely, leaving the witness wanting and dispirited.

She is said to have appeared near Rattlesnake Run in the remote wilderness of the Nature Conservancy West Branch Forest Preserve. If you journey to this section of the Greenway in search of the Water Witch, think twice. You may not get the fortune you hoped for!

Travel all the way down the Greenway to the Lancaster County town of Columbia and you’ll hear all about the legend of the Albatwich, a mini apple-munching Sasquatch.

Described as a 4-foot-tall hairy ape-man fond of apples, the Albatwitch is thought to live around the Susquehanna River, most notably in the Chickies Rock area. The name “Albatwitch” is thought to derive from a Pennsylvania Dutch-English compound word meaning “apple-snitch” after the creature’s habit of stealing apples from picnic baskets or throwing the fruit at people while sitting in trees.

Evidence of these mischievous beings has even been found in local Native American culture. Susquehannock Indians reportedly painted images that match the description of these creatures on their war shields, and the Algonquin also told of small hairy hominid creatures, which they called Megumoowesoos.

Thought to live mostly in the trees, Albatwitches prefer to keep to the shadows, and are said to make their presence known by a sound like a cracking whip (perhaps branch-breaking). If you set out on a picnic in the Greenway reaches of York or Lancaster Counties, hold on to your apples… or maybe opt for a banana!

Know of any other Greenway ghouls and legends? Send us an email with your story: info@susquehannagreenway.org

Alana Jajko is the director of communications and outreach for the Susquehanna Greenway Partnership. Her work is focused on promoting trails and communities within our vibrant and connected Susquehanna Greenway, Alana can be reached at ajajko@susquehannagreenway.org. 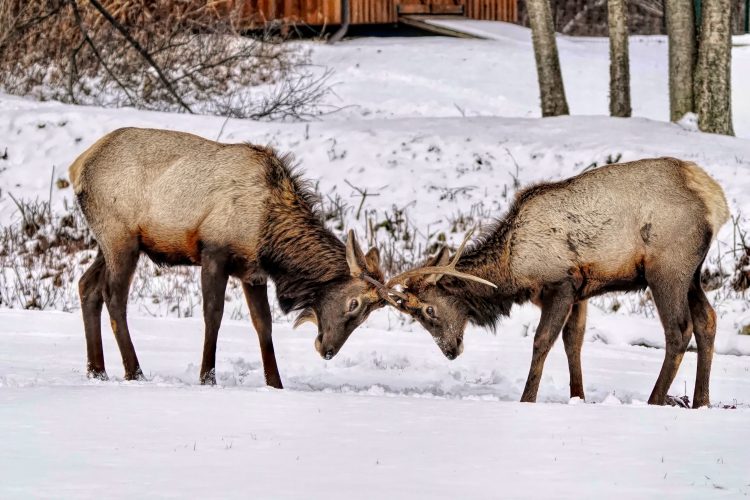 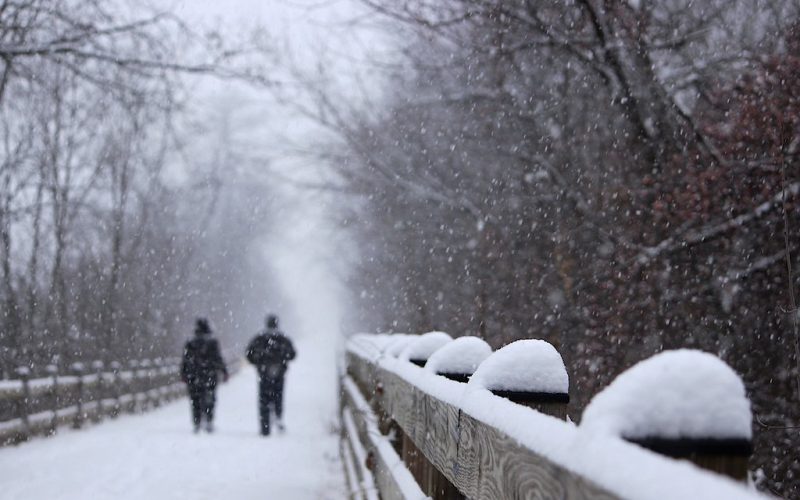 Photography tips for the outdoors in winter 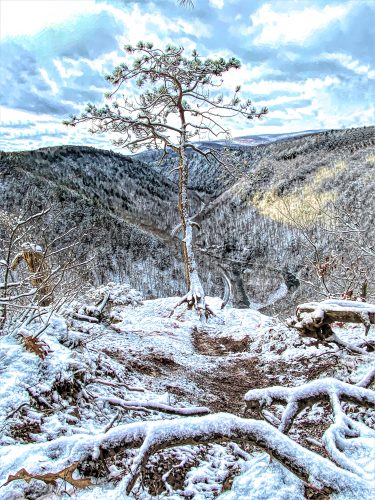 Not all are happy about an early deer season

Steve Bray said he and his hunting party planned to hit the woods for Saturday’s opening day of the firearms deer ...