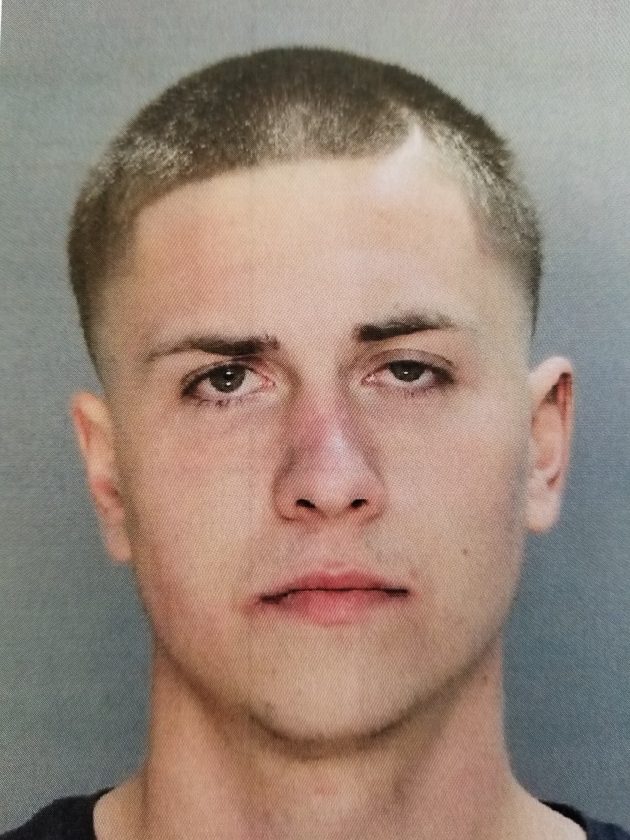 Just one day after getting out of the Tioga County Prison, admitted heroin addict Travis Huck, of Wellsboro, drove to Philadelphia on Tuesday with two friends to buy drugs, according to Old Lycoming Township police.

As they drove through the township on their way back to Tioga County early Wednesday morning, Huck, 23, and his two friends pulled off Beauty’s Run Road, “shot up heroin” and passed out in the Subaru Impreza he was driving.

While on routine patrol about 3 a.m., Patrolman Kenneth Brown came upon Huck’s car sitting in the middle of the 300 block of Beauty’s Run Road with the engine running, police said.

With Huck behind the wheel and his two passengers in the vehicle, the car had apparently drifted into the middle of the road after all three had passed out from taking drugs, police said.

“Multiple syringes as well as opened and unopened bags of suspected heroin were scattered throughout the vehicle,” township Police Chief Joseph Hope said in a news release.

With the Subaru still in gear, Brown and fellow-officer Patrolman Matt McCormick, who arrived on the scene in a second cruiser, carefully positioned their vehicles around Huck’s car so that he could not take off.

Brown managed to put the car in park and shut off the ignition, police said. All three occupants in the car awoke. Paramedics responded to the scene, but Huck and his friends did not need medical attention, police said,

Huck was found to be in possession of a large quantity of crystal methamphetamines, valued at $4,000 as well as several bundles of suspected heroin that was valued between $300 and $400, police said.

Although he denied that the narcotics belonged to him, Huck admitted to police that he and his two friends drove to Philadelphia on Tuesday to get drugs.

Huck, who has an extensive criminal history including prior drug arrests, was taken into custody and arraigned before District Judge William Solomon on charges of possession with intent to deliver a controlled substance, DUI of a controlled substance, possession of marijuana, possession of drug paraphernalia and driving with a suspended license. He was committed to the Lycoming County Prison in lieu of $250,000 bail. No information was available on Thursday night on why Huck had been incarcerated earlier this week in Tioga County.

Police said charges are pending against his two passengers. Their identities will be released when charges are filed, police said.

UNITYVILLE — Criminal charges have been filed against a Jordan Township man accused of allegedly taking two of ...

UNITYVILLE — Criminal charges have been filed against a Jordan Township man accused of allegedly taking two of ...

An 11-year-old boy was hospitalized at Geisinger Medical Center, Danville, with serious injuries he suffered when ...

Another member of an alleged city drug ring uncovered during an August 2018 raid pled guilty Tuesday via Zoom. ...