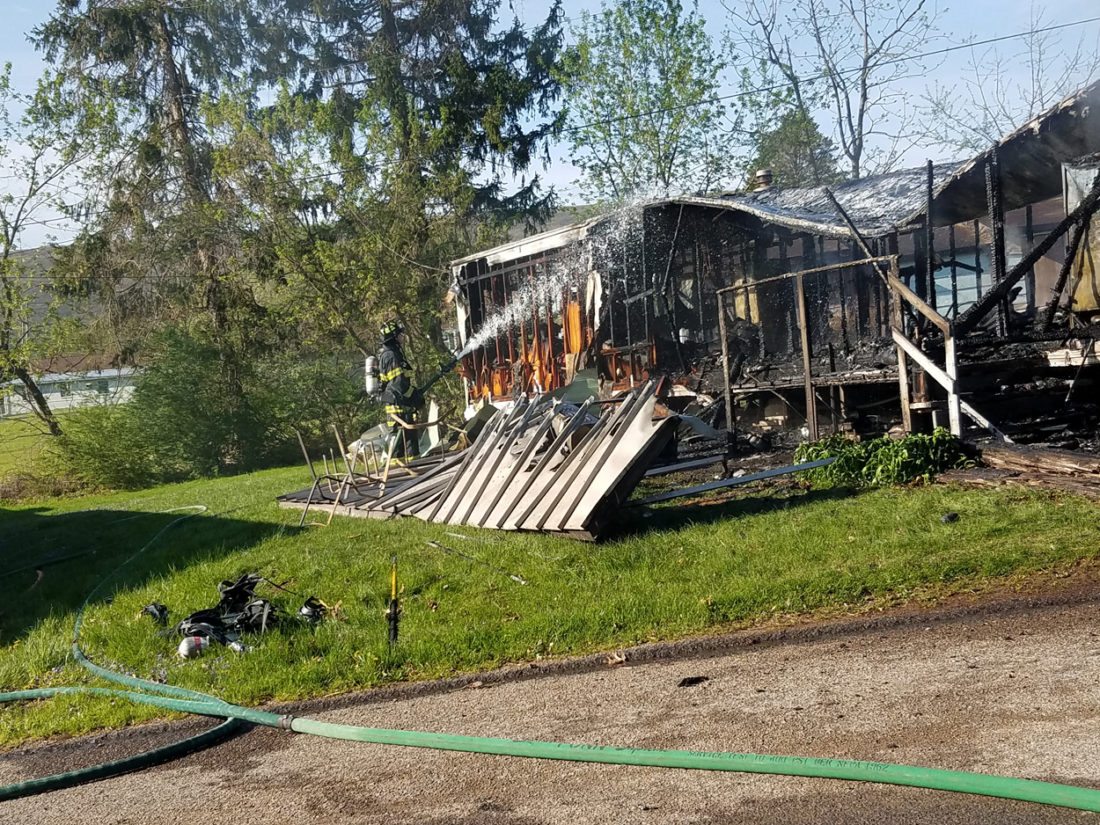 A 47-year-old man perished when a fire swept through his mobile home at the Vali View Mobile Home Park at 91 Odell Road in Fairfield Township about 7:45 a.m. Saturday, according to investigators.

Richard A. Wysocki was found dead in the kitchen of his destroyed home within minutes after Montoursville volunteer firefighters arrived on the scene, Lycoming County Coroner Charles E. Kiessling Jr. said.

“He was a nice guy. He has been here a few years. He never bothered anyone,” neighbor Susan Schultz said of Wysocki, who was employed as a driver by a Muncy area trucking firm.

Firefighters responding from the station on Broad Street in Montoursville could see a column of thick black smoke from the Fairfield Road interchange, a little more than two miles west of the scene.

Cpl. Nicholas A. Loffredo, a state police fire marshal who spent much of the morning at the fire site, said there was nothing suspicious about the fire, which was brought under control within 15 minutes of firefighters arriving on the scene.

The cause of the fire will remain undetermined at this point, but the investigation was ongoing as of Saturday evening. Loffredo estimated damage at about $30,000.

Intense radiant heat melted the siding of Schultz’s home, where she lives with her husband, Lonnie.

Referring to the damage, Susan Schultz said “That’s nothing. That’s not as bad as losing a neighbor. He was a good man. If he was outside, he’d talk to you, but he wouldn’t bug you.”

She said her son-in-law, Kevin Bower, who lives a few doors away, came outside to look for his family’s missing cat when a fireball suddenly erupted in Wysocki’s home.

“He hollered to his wife to call 911. He then came banging on our door, telling us to get out,” Schultz added. The couple’s home is about 30 feet from Wysocki’s.

“All I saw was the whole side of the home in flames, and the fire was coming this way,” she told a reporter as she sat on her front steps. She was thankful for the firefighters who reached the scene in time to stop the fire from spreading.

Schultz, who has lived at the park for 48 years, said “We feared he (Wysocki) was still in there because his truck was here.”

Another neighbor, Doris Paulhamus, was out in her yard when the fire broke out.

“I heard a boom, a boom and then black smoke was suddenly rolling to the sky,” she said.