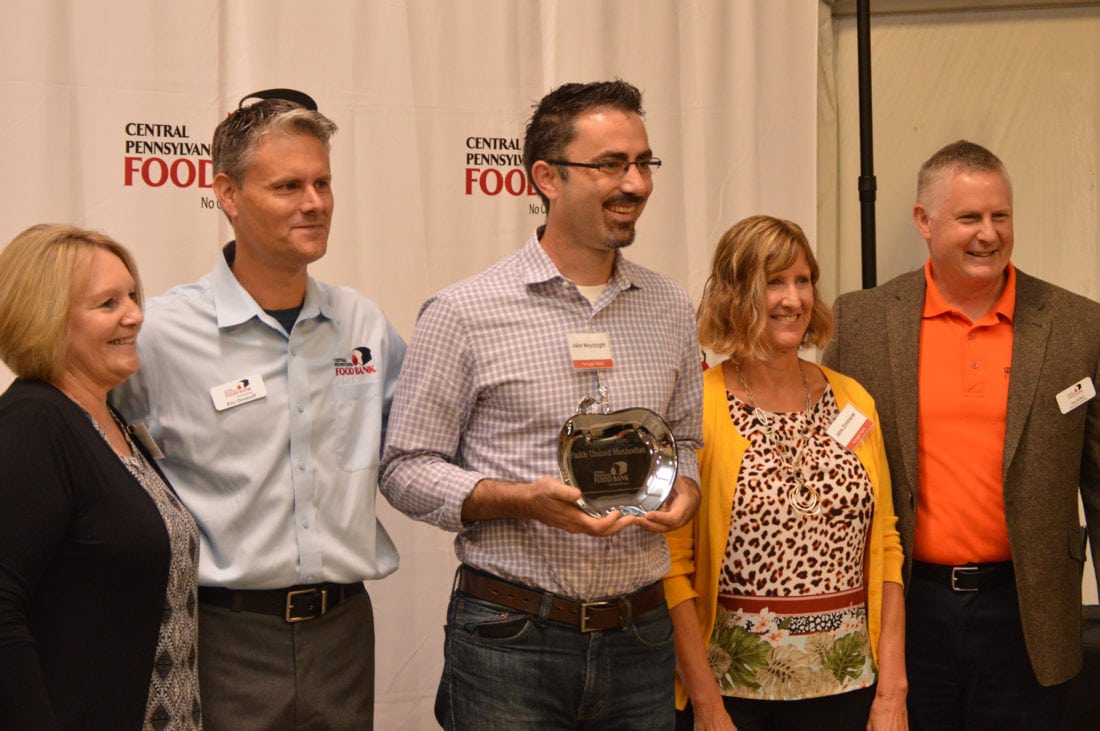 What really matters to the Central Pennsylvania Food Bank is the people.

People helping others and those partnering with the food bank in their effort to fight hunger were highlighted at a Hunger Action breakfast Tuesday at the local food bank.

Even though it was supposed to primarily serve communities in a 13-county area, what is considered the Northern Tier, the food bank really has become a 27-county logistics hub, said Joe Arthur, executive director of the food bank, who gave an update on the group’s work.

Since 2015, Arthur said the agency’s goal was to serve everyone struggling with hunger with nutritious food by 2025.

“That’s a very tall order,” he said. “But we’re making good progress towards that.

“We decided to add to it this year. We’re in a position where we can’t do everything, but we have amazing partners that are helping people get to the point where they don’t even need our help. That’s really our goal, that’s solving hunger,” he added.

Although the food bank has reached many who struggle with hunger in its coverage area, Arthur said there’s still work to be done. He said contrary to what most people think, hunger is a problem in rural, not just urban, areas of the state.

“We’ve got more people to reach, and it’s highly rural,” he said. “That doesn’t necessarily align with what we see in public reporting. Yes, there is a lot of urban hunger, but there is a lot of rural hunger. We’re going to be at this for as long as it takes.”

The food bank has about 1,000 partners that work with them, such as soup kitchens, shelters, senior centers, low income housing centers and girls’ and boys’ clubs and schools, according to Arthur.

Citing what he called a sobering statistic, “About 150,000 individuals are relying on our network, us and our partners, each and every month. That’s a huge number.” He compared it to one and a half times the capacity of Beaver Stadium coming for food assistance every month.

While his agency has achieved success in getting food to the people who need it and improving the nutritional quality of available food, there are two areas that still need work, he said.

Empowering the food bank’s partners so people can reach a point where they don’t really need help and uniting the support of the general community to alleviate the problem are two goals he noted.

“Even though we talk about hunger and the causes and the work that needs to be done, and while nobody is for hunger, I think our public servants in the room will tell you that we need more of a commitment than that. We can’t just be against something, we need to be engaged. We need to commit resources to do it. And we really want to focus more on our work with the public, to get them in the game as well, to get them into this mission. There are a lot more people that could help that maybe are not engaged in the mission like you are. You are ambassadors for us and you can help us with that,” he added.

Partners of the food banks who received awards and those accepting were: