Apollo 11 memorabilia on display at museum 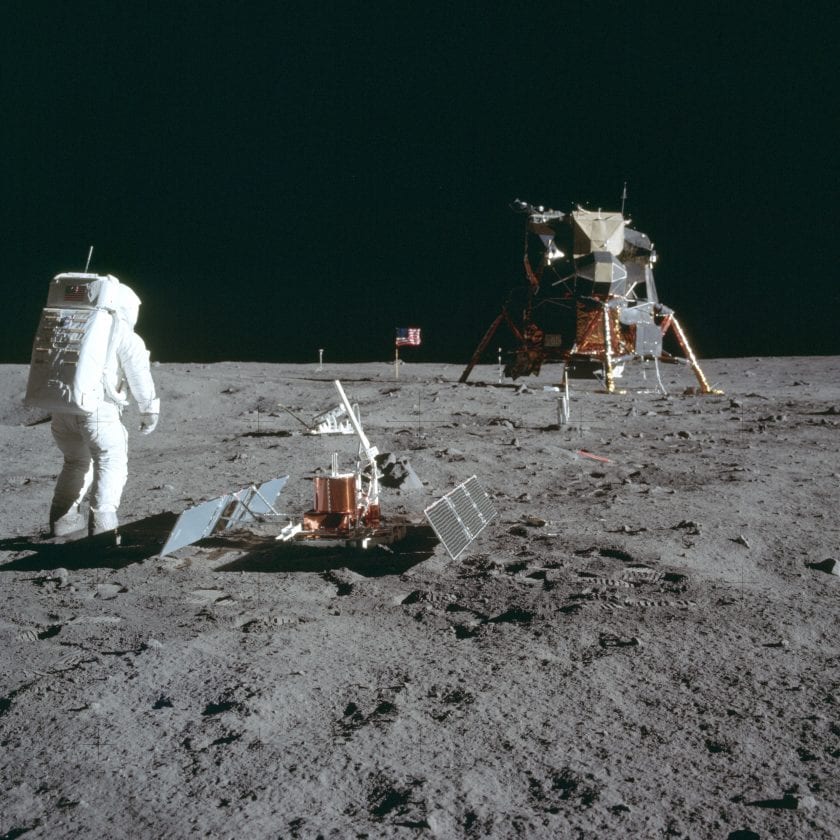 In this July 20, 1969 photo made available by NASA, astronaut Buzz Aldrin Jr. stands next to the Passive Seismic Experiment device on the surface of the the moon during the Apollo 11 mission. (Neil Armstrong/NASA via AP)

A collection of items related to the Apollo 11 moon mission is on display through Sept. 1 at the Taber Museum on West Fourth Street.

The collection, from late local teacher Will Huffman, includes photos from NASA, a letter to the Sun-Gazette, autographs from the three astronauts on the mission, and models that Huffman hand crafted of the moon landing and the rocket.

Kay Huffman, his wife, loaned her husband’s collection, which includes autographs from the astronauts in the book, “First On the Moon.”

“He was a teacher and had great interest in Apollo 11,” Kay Huffman said. “He wrote to NASA and got beautiful photos sent to him. They were big colored pictures that will be on display.”

Her husband wrote a letter to the editor of the Sun-Gazette with the hope of getting youth as interested in it as he was and knowing how hard it must have been to work on and complete a mission such as this.

“At the time my husband wrote a letter to the Sun-Gazette, it encouraged people to take a great interest in this technological feat,” Kay Huffman said. “He wanted children to be interested in it.”