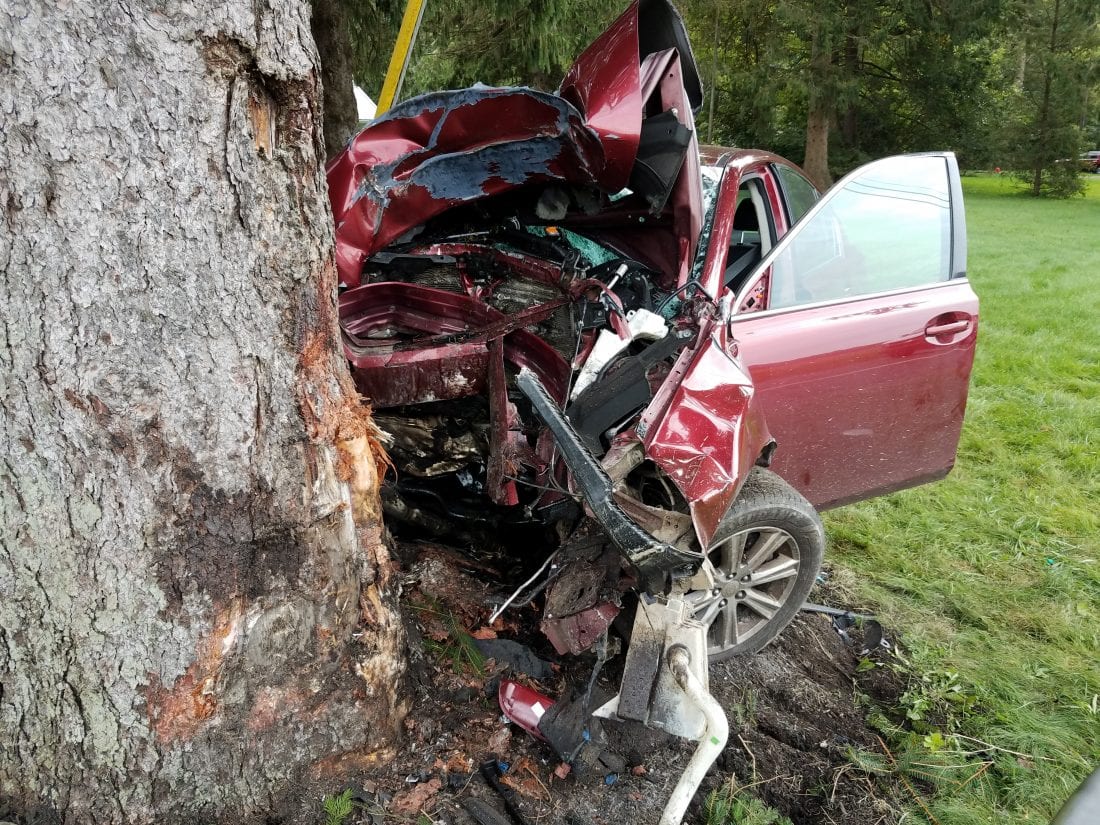 A 19-year-old Trout Run area woman was killed Sunday morning when she lost control of her car that crashed into a tree on Route 87, about a mile north of Montoursville, in Fairfield Township, Lycoming County Coroner Charles E. Kiessling Jr. confirmed.

The driver’s identity was expected to be released later today after officials have confirmed that all family members have been notified.

Officials were still trying to reach a relative who was serving in the military, Kiessling said Sunday night.

“Speed may have been a factor in the crash,” he said.

State police were investigating the crash that occurred about 7:20 a.m.

The driver was northbound on Route 87 when her 2012 Subaru Legacy went off the road and plowed head-on into a tree, officials said.

Kiessling said the woman was not wearing a seat belt.

A section of Route 87 was closed for more than 90 minutes as state troopers took photos and measurements at the scene.