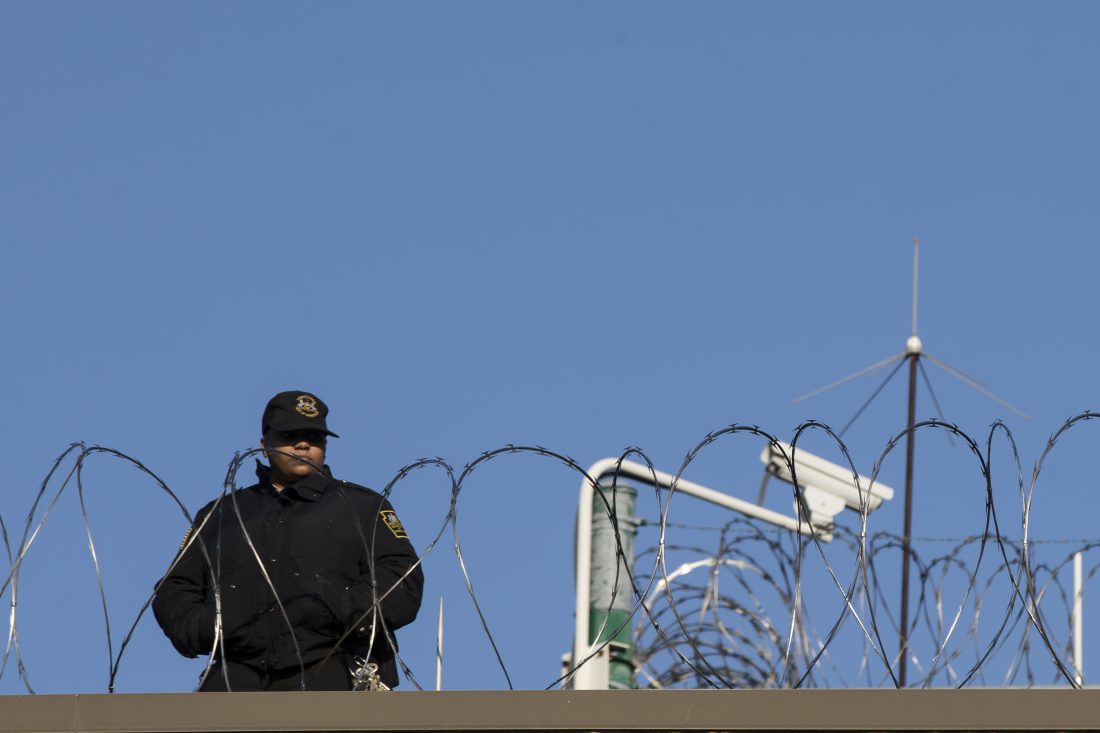 FILE - In this Nov. 27, 2017 file photo, a guard stands watch at the State Correctional Institution in Chester, Pa. As officials consider releasing some inmates to lessen the impact of COVID-19 on Pennsylvania prisons, county prosecutors are telling lawmakers that passing legislation to address that would avoid leaving those decisions to the governor alone. (AP Photo/Matt Rourke, File)

HARRISBURG-AP — Gov. Tom Wolf is issuing an executive order Friday to authorize the early release of up to 1,800 inmates from Pennsylvania state prisons in an effort to minimize the spread of the new coronavirus.

The plan is similar to what other states and some Pennsylvania counties have undertaken, and it comes after talks broke down with Republicans who hold a majority in the state Legislature.

“We can reduce our non-violent prison population and leave fewer inmates at risk for contracting COVID-19 while maintaining public safety with this program,” Wolf, a Democrat, said in a statement.

The releases, to halfway houses or home confinement, could start as early as Tuesday, according to the governor’s office.

The plan allows the release of inmates serving time for nonviolent offenses who are within nine months of scheduled release, or within 12 months for those considered at heightened risk from the coronavirus.

Pennsylvania’s state prisons hold about 44,000 inmates. The Wolf administration said approximately 1,500 to 1,800 inmates are eligible, although some may not be released because of challenges involving health care or behavioral health treatment, as well as housing availability and food security.

House Republican leaders had sought to cap any release of inmates at 450.

Wolf’s order said the Department of Corrections will discuss each eligible inmate with the courts, the state attorney general’s office and county district attorney’s offices.

Inmates given reprieve are to be monitored similarly to parolees and supervised by parole agents, the administration said. They would return to prison to complete any remaining portion of their sentences when the order expires, it said.

The Wolf administration has disclosed that 11 inmates at the State Correctional Institution-Phoenix, in Montgomery County outside Philadelphia, have contracted the virus.

The prison system has been on inmate quarantine since March 29, with inmates being fed in their cells and all movement being controlled to achieve social distancing.