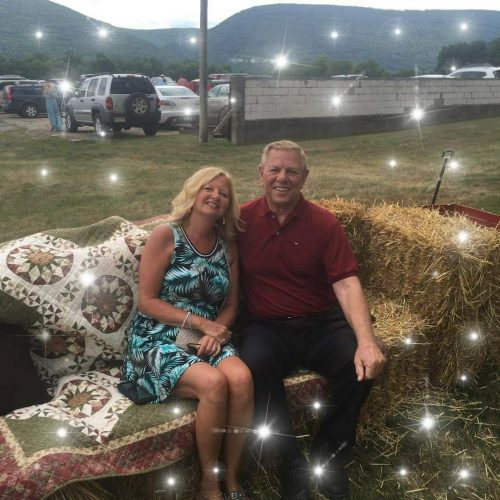 The former Michele C. Bloom is the daughter of Jessie Bloom and the late Walter Bloom. She graduated from the former Bishop Neumann High School, now St. John Neumann Regional Academy, in 1978, the University of Scranton in 1982 and received a master’s degree in health administration in 1996. She is the administrator at Valley View Rehab and Nursing Center in Montoursville.

Joe is the son of the late Luella Beck and the late Clarence Brague. He graduated from Williamsport Area High School in 1962 and the former Williamsport Area Community College, now Pennsylvania College of Technology. He retired from Allenwood Federal Prison and is the U.S. director of the Goshin Jutsu Karate Association. Both Joe and Michele teach martial arts locally.

They are the parents of two sons, Joe Jr., of Pittsburgh, and Ryan, of Williamsport. Joe is the father of Karen Skiro, of Montoursville, and Diane Stabley, of Jersey Shore. They have eight grandchildren and 2 great-grandchildren.

In honor of their anniversary, the couple took a trip to Punta Cana, Dominican Republic.