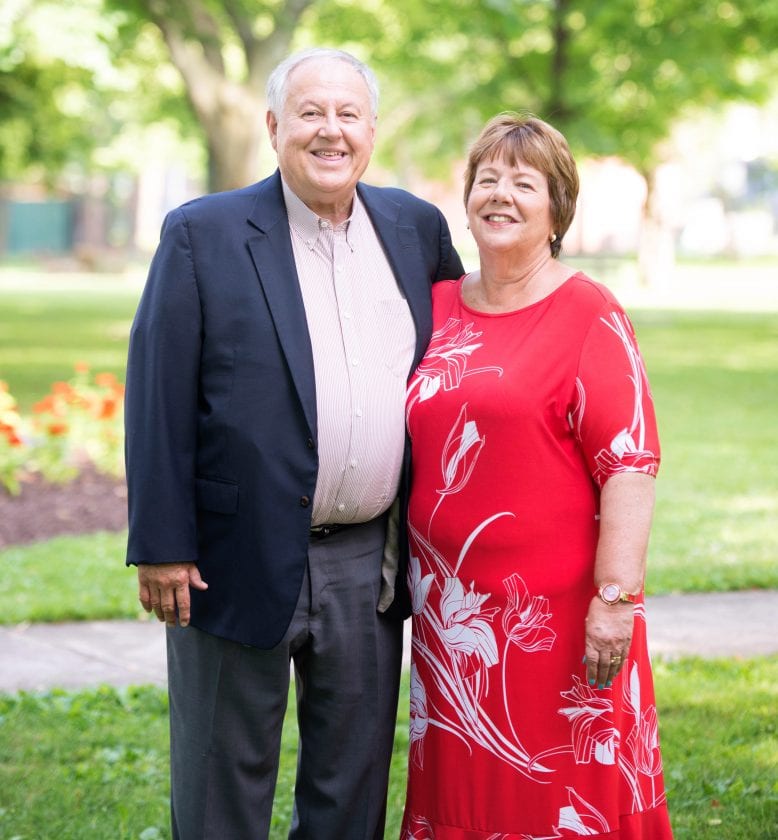 Richard A. Gray and Mrs. Letty W. Gray, of Montoursville, Fairfield Township, celebrated their 50th anniversary on Aug. 9. They were married by Rev. Edward A. Plunkett at Community United Methodist Church in Arlington, Virginia.

The former Letty Ann Wharton, of Williamsport, is the daughter of the late Robert and Marie Wharton. She graduated from Loyalsock Township High School in 1966. She received her bachelor’s degree from Pennsylvania State University in 1969 and a master’s degree from Bloomsburg University in 1988. She retired in 2007 from the Montoursville Area School District where she taught high school English.

Richard, of Williamsport, is the son of the late Hughe and Rovena Gray. He graduated from Loyalsock Township High School in 1966 and received a bachelor’s degree from Pennsylvania State University in 1970 and received a law degree from Dickinson School of Law in 1975. He was employed as a judge from the Lycoming County Court of Common Pleas in Williamsport and retired in 2018. He served in the United States Army from 1970 to 1972.

They are the parents of Jennifer Gray, of Julian, Pa., Rebecca Latacz, of Dallas, Texas, and Emily Tate, of Montoursville. They have five grandchildren.

The couple celebrated with a vacation with their children, grandchildren and friends, Robert and Linda Myers, in Avalon, New Jersey.