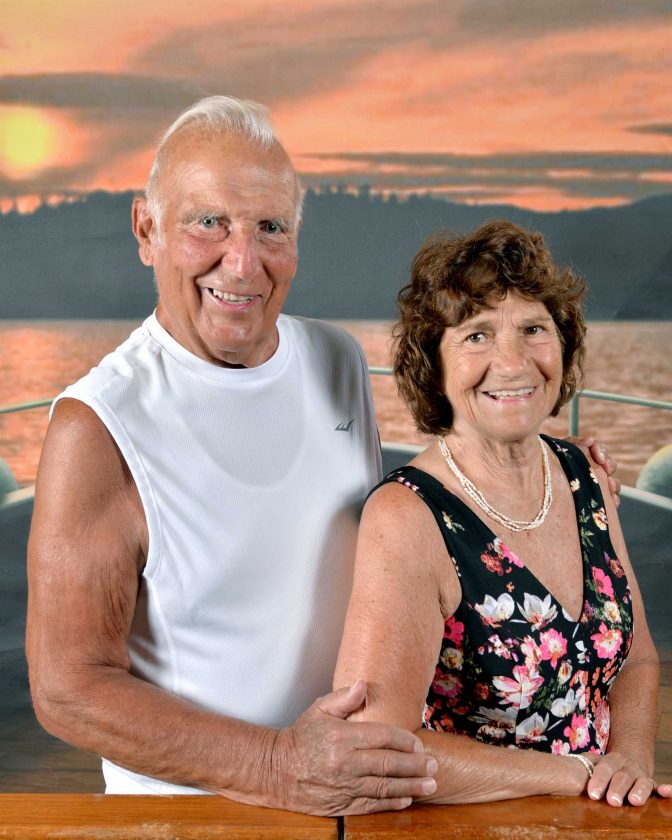 Robert L. and Frances E. Bradley, of South Williamsport, celebrated their 60th anniversary on Aug. 8. They were married in 1959 by Rev. Robert Kline at Mount St. Mary’s College in Emmitsburg, Maryland. The couple are members of St. Lawrence Church.

The former Frances E. Stahl, of Williamsport, is the daughter of the late Francis and Evelyn Stahl. She graduated from Williamsport Area High School and is a member of the Class of 1958. She was previously employed for Fox’s Restaurant in Muncy.

Robert, formerly of Buffalo, New York, is the son of the late Betty and Harold Bradley. He graduated from South Williamsport High School and is a member of the Class of 1954. He served in the Army from 1955 to 1957. He was employed as a sales representative for 38 years with DuBois Chemical.

For their celebration, the couple took their six children and their spouses on an eight-day cruise to the eastern Caribbean.