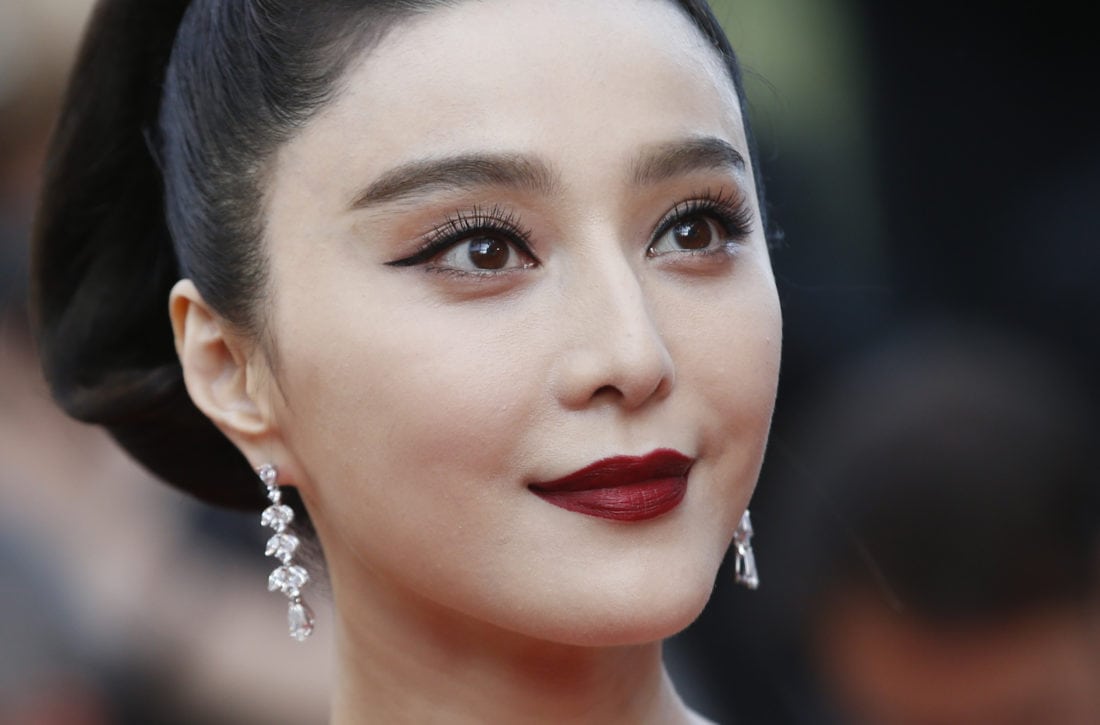 FILE - In this May 24, 2017, file photo, Fan Bingbing poses for photographers as she arrives for the screening of the film The Beguiled at the 70th international film festival, Cannes, southern France. Chinese media said on Wednesday, Oct. 3, 2018, tax authorities ordered X-Men star Fan to pay taxes and fines worth hundreds of millions of yuan but would spare her from criminal prosecution. (AP Photo/Alastair Grant, File)

BEIJING (AP) — Chinese tax authorities have ordered “X-Men” star Fan Bingbing and companies she represents to pay taxes and penalties totaling $130 million, ending speculation over the fate of one of the country’s highest-profile entertainers three months after she disappeared from public view.

Of the total amount, Fan is being personally fined around $70 million for tax evasion, according to an announcement carried Wednesday by China’s official Xinhua News Agency, citing tax authorities.

Fan would not be investigated for criminal responsibility for tax evasion as long as the taxes, fines and late fees amounting to nearly 900 million yuan ($130 million) are paid on time, the report said.

The announcement gave no indication of Fan’s whereabouts but indicated her agent is being held by police for allegedly obstructing the investigation.

Fan has starred in dozens of movies and TV series in China and is best known internationally for her role as Blink in 2014’s “X-Men: Days of Future Past,” a cameo in the Chinese version of “Iron Man 3,” and star turns on the red carpet at Cannes as recently as May. Before her disappearance, she had been booked to star with Penelope Cruz in the Hollywood film “355.” She has a role in the upcoming Bruce Willis-Adrien Brody feature “Air Strike.”

Fan posted an apology on her official account on the social media site Weibo.com saying that she accepts the tax authorities’ decision and would “try my best to overcome all difficulties and raise funds to pay back taxes and fines.”

“I am unworthy of the trust of the society and let down the fans who love me,” she wrote in her first update of her Weibo.com microblog since June 2.

A man surnamed Liang, who identified himself as a staff member of Fan’s studio when reached by phone, refused to comment on the announcement or on Fan’s location.

Her disappearance coincided with a crackdown by the authorities on high salaries for actors that can eat up much of the cost of a production. In June, regulators capped star pay at 40 percent of a TV show’s entire production budget and 70 percent of the total paid to all the actors in a film.

Chinese state media said the investigation served as a warning to anyone working in the country’s arts and entertainment. A separate Xinhua report said the penalties issued to Fan would promote the “sustainable and healthy development of the film and television industry and raise social awareness on paying taxes according to the law.”

People who try to evade taxes now will have to cough them up sooner or later, Hu wrote on his social media page. “The bigger the brand, the more likely you are to attract scrutiny. Just suffer this financial loss to be spared greater disaster, moreover these are ill-gotten gains.”

The Xinhua report said Fan evaded 7.3 million yuan in taxes by using a secret contract worth 20 million yuan that she signed for starring in the Chinese film “Unbreakable Spirit.” She instead paid taxes on a contract for on­ly 10 million yuan, it said. The example refers to a reportedly common entertainment industry practice in which actors have a public contract stating an official salary and a private contract detailing actual, much higher pay.

A talk show host, Cui Yongyuan, said in May that Fan had such an arrangement, which allegedly facilitates tax evasion, and revealed details that sparked a public outcry. Cui later apologized.