Girl Reserves and the Williamsport YWCA: Find and give the best

Girl Reserves and the Williamsport YWCA: Find and give the best 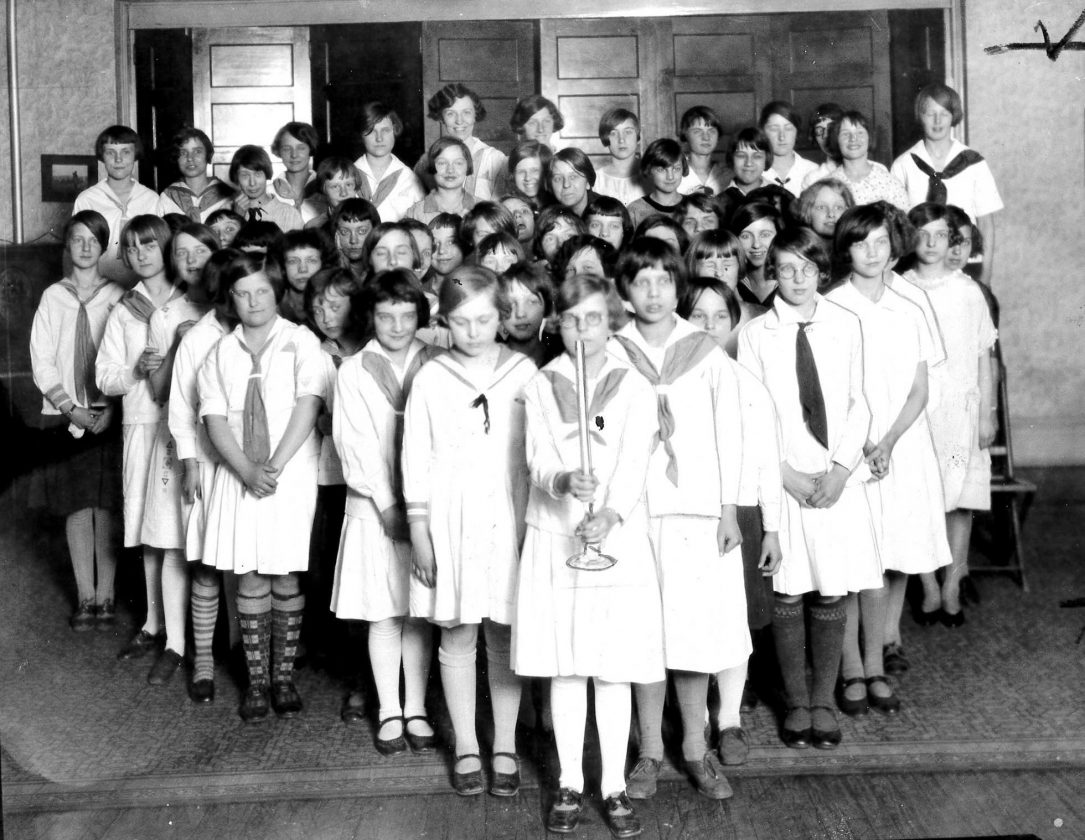 Williamsport Girl Reserves pledged that they would be gracious in manner, impartial in judgment, ready for service and loyal to friends. They vowed to reach for the best and to be earnest in purpose, eager for knowledge, and victorious over self.

Seeking ways to serve young girls in the area, the local YWCA formed a Girl Scout troop in 1912, the same year that the Girl Scouts of America was founded. Other YWs throughout the country were also creating these initiatives under various names, so in 1918 the International YW decided to bring all of the groups together, calling them the Girl Reserves.

The organization said that the aim of this movement was to “help build personality and attitudes in line with social progress to secure for girls that abundant life we call good.”

Girls had to be between the ages of 12 and 18, though they didn’t have to be in school. Younger girls could join the Peter Pan Club.

An ad by the local YW in the 1920s appeals to the “wide-awake” American girl, telling her that the Girl Reserves protects childhood while building intellectual and spiritual womanhood — but that the group also offers lots of fun. The ad reminds the reader that “No city is better than its womanhood.”

In the early years, members wore uniforms with white midi blouses. The symbol of the organization was a blue triangle representing the spirit, mind, and body that should direct the path of life. A girl was to use these triangle points as a direction to live and grow and give of her best.

Activities included nature walks, social and sporting events, crafts, drama, hayrides and swimming. The YW was the location for events such as holiday parties and a crossword-puzzle gathering. There were classes in sewing and in social etiquette. Newspaper articles described “super hikes” that would set out from Vallamont Drive and Walnut Street and cookouts with hot dogs and roasted marshmallows.

Service was also an important aspect of the club. Volunteerism included providing cookies to the Home for the Friendless and delivering gifts of food to needy families, aged women and children at the Muncy Home.

In 1925, the girls folded 12,000 sheets of Christmas Seals to be distributed by the Lycoming County Tuberculosis Society. Reserves raised money to contribute to the building fund as the YW looked toward constructing a permanent home on West Fourth Street. The newspaper often mentioned that Girl Reserves and Peter Pans would present the flag at DAR meetings.

An article in the Sun-Gazette on May 11, 1928, describes a mother-daughter function. The daughters gave toasts to their mothers, and the mothers in return toasted their daughters. Delicious food was on the menu, along with entertainment that included a “dainty” dance and a song titled “Mother.” On another occasion, a Girl Reserve wrote and delivered a presentation called “Spirit of Motherhood,” in which she spoke of the qualities of motherhood — describing physical, mental and moral strengths. The presentation indicated that these were the qualities Girl Reserves would strive to imitate as they grew into motherhood themselves.

The ideals of the Girl Reserves

The YW had a separate department devoted to the Girl Reserves, and its annual reports reflect the ideals of the group. The 1927 report states that through participation a girl “discovers that no girl lives alone, but in a world which needs and can use the very finest she can find to give.” The 1929 report emphasizes that the Girl Reserves focus on sharing self through the gifts of talent, time and associations with each other: “Not what we give, but what we share. For the gift without the giver is bare.” And the 1930 annual report states that the purpose of the Girl Reserves lies not in offering activities and achieving ranks and awards, but in offering opportunities for the girls to find direction for the future and a chance to “find and give the best.”

By the 1930s, Girl Reserves had spread to 48 different countries. In Williamsport, 1,000 girls participated in 33 clubs, with many of them meeting at the YW. There were six clubs for African-American girls that met either at the YW or at the Bethune-Douglas Center.

In 1938, an installation of new Girl Reserves was held next door to the YW at Covenant Central Presbyterian Church, with about 250 people attending. Girls processed, wearing all white and were entertained with a skit on the history of the Girl Reserves. A chorus sang “The Girl Reserve Quest,” and afterward the pastor of First Baptist Church presented the address. In closing, the girls sang the Girl Reserve hymn, “Follow the Gleam.”

For recreation, there were wonderful summers at Camp Kline, as described in a 1937 YW publication titled Spot-lite: “… we will see Camp Kline succumbing to a feminine invasion. Little mermaids will be swimming, canoeing and boating. Birds and flowers will be startled by groups of nature students; Musical voices will carry an obbligato to the turbulent melody of sparkling waters.”

In 1946, the name of the Girl Reserves was changed to Y-Teen to be more “in step” with the “modern girl.”

For more information about the history of the local Girl Reserves, consult the Lycoming County Women’s History Collection at https://www.lycoming.edu/orgs/lcwhc/index.html.