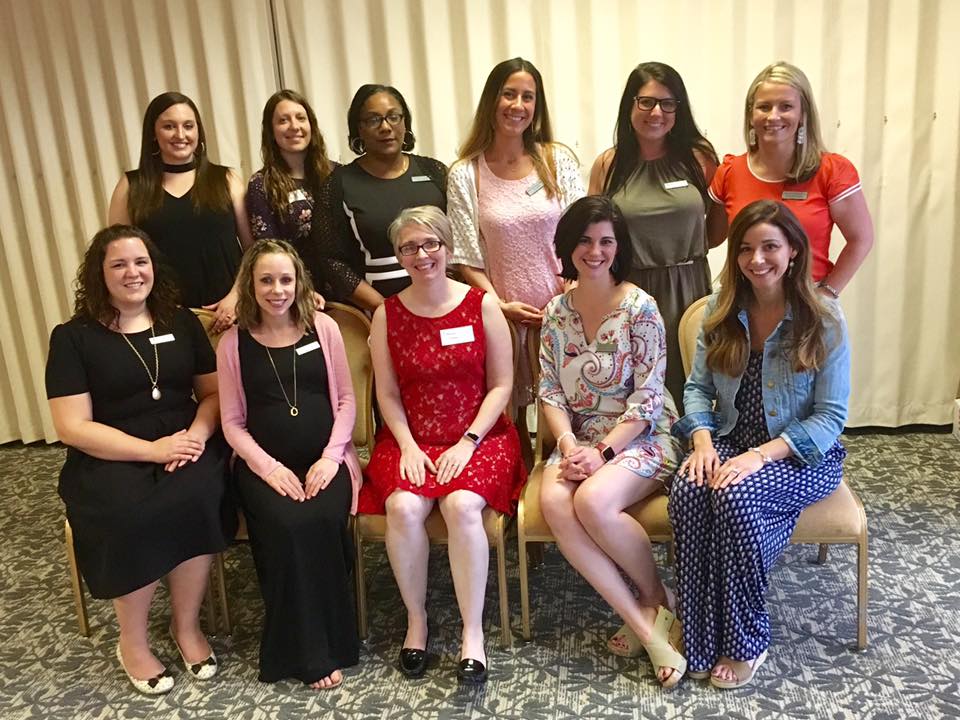 Someone once said, “Never underestimate the power of a woman.” A group of women then working together to identify and meet community needs can and have made a difference. The Junior League of Williamsport has been a quiet but a steadfast driving force of women contributing to the health of the local community since 1929.

The backbone of the organization is geared to both promotion of volunteerism and the development of civic leaders in the community who then serve beyond just the Junior League, said Marisa Rau, current president of the Williamsport organization and member since 2012. The group first identifies a need in the community, addresses that need and then passes along the program to a non-profit.

Volunteering over the years

In 1926, the volunteer organization first formed as the Junior Charity Guild through the efforts of Edgar Munson and Kathryn Mosser with 12 charter members. Within two years they established the Protective Home to house juveniles committed by court order, providing financial support over and above that provided by the court, according to a news release.

In 1929, the guild was accepted into the Association of Junior Leagues of America, Inc., and became the Junior League of Williamsport.

The league started the first prenatal clinic at Williamsport Hospital in 1929, Rau said. They even provided financial support and the volunteer force to run it. They also helped with patient transportation needs at the Crippled Children’s Society.

Rau noted the Junior League ran the bloodmobile for the Red Cross for decades, providing complete staffing for the service.

She also described the Junior League as “very supportive of the arts” during the latter part of the 20th century, including sponsorship of art exhibitions and professional theater productions. The group contributed $50,000 to the renovation and reconstruction of the Capitol Theater, now the Community Arts Canter, in the late 1980s.

They have published several books on the history of Williamsport and its homes.

In 1968, The Junior League took over and ran the operation of the Exchange Mart, offering good, used clothing at low prices. It was a big fundraiser for them for several decades, Rau said.

Gone are the days when young women wanting to do volunteer work would wait in hopes for an invitation to join the Junior League, noted Corinne Stammel-Demmian, public relations spokesperson. Currently, members recently celebrated its 90th anniversary of service in the local area, which today includes 46 active members and 110 at the sustainer and emeritus levels.

“Our new model is open to all ages and all types of women in any place of life,” Rau said. “We are working hard to negate the stereotype of the Junior League (as a less diverse group of women.)”

Women first join the Junior League as provisional members who spend a year training and learning about how the organization works, said Stammel-Demmian, in her fourth year with the League. Provisionals also design and implement a project that benefits the community in that first year.

After that, volunteers are considered active members for seven years. Those members are placed on one of nine committees, based on their interests or where their skillsets may be needed. Active members enjoy voting rights within the organization.

When that term is complete members can serve as sustainers if they choose. They could attend events, provide support in any way, but would not work in committee placement, Rau said.

Informational nights for prospective members will be held at 6 p.m. Tuesday and June 17 in the Capitol Lounge at the Community Arts Center, 220 W. Fourth St.

Over the years Junior League has donated over $270,000 to support the efforts of local organizations and causes, like the Children’s Discovery Workshop, the Millionaires Row historic homes, Inc., Wise Options for Women and the James V. Brown Library.

On June 1, the start of the new service year, the Williamsport Junior League initiated a crock pot program at a Williamsport Area School District elementary school. In partnership with the Food Bank, this will provide families who are food insecure with a crock pot at home. Students would then bring home ingredients to have meals for the weekend. The Junior League plans to take responsibility for the crock pots and an educational component of the program.

League members also look forward to continuing the Kids in the Kitchen program at Firetree Place where young people are encouraged to try new foods and flavors while putting a meal together and eating with the group.

“It’s really fun,” Rau said, recalling watching a child taste a tomato or an avocado for the first time.

While Junior Leaguers work tirelessly to make a difference, there is also opportunity to make lasting relationships and have fun, Rau said.

A network of friendships, and the camaraderie that goes with it, has always been valued by members, especially newcomers relocating and looking to become part of the community.

Heading into the next 90 years, the Junior League will first focus on the challenges of food security and mental health.

“We are at an exciting time in our organizational history. Our greatest strength has been to continuously re-evaluate the needs of our community and adapt our efforts to meet those needs,” Rau said.