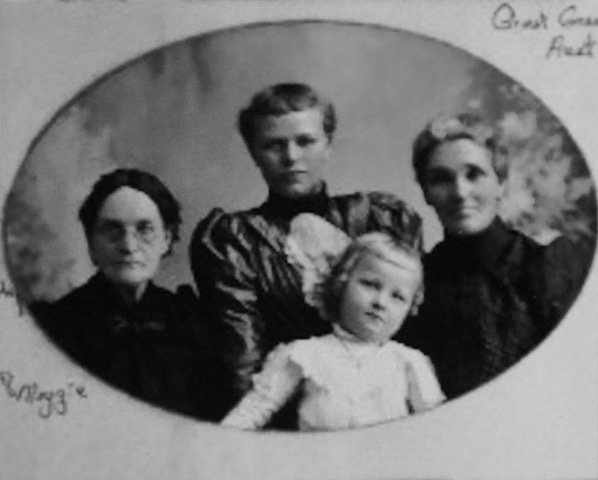 About 1870, Jennie Sweley, a 20-year-old Montoursville woman teaching in Williamsport, married farmer and lumberer George Ball, 27. He was the grandson of John Ball, the founder of Balls Mills.

Jennie Sweley Ball kept diaries. The Lycoming County Genealogical Society holds two of them. The first is from 1868, when Jennie was 18, and the second from 1874, when she was 24 and living with her husband in the village of Balls Mills.

Both diaries have been scanned and are now available online as part of the Lycoming County Women’s History Collection.

Jennie’s 1868 diary entries are filled with stories of her teaching, as well as church activities, music lessons, singing school, concerts and parties. She taught at the Jefferson School on Washington Boulevard in Williamsport. On Saturdays and when school was not in session, she continued to pursue her own studies at what she refers to as “the Institute.”

During the week Jennie stayed with her uncle in Williamsport, and most weekends she returned home to Montoursville, where she helped her mother with housekeeping. She was the oldest child and had five younger brothers and sisters.

In her diary, she referred to her future husband by his initials, G.B. Jennie saw him often. They went to town together and sometimes to parties.

Her parents must not have approved because on May 31, she writes, “If this day was only over. What a foolish wish, for we ought to be thankful for the Sabbath… Went to town with G.B. Forbidden to go with him again. If they knew how I suffer they would not forbid me going with him.”

Apparently, she did go with him again, for when we meet Jennie in the second diary, she is Jennie Ball, living on a farm in Balls Mills. The first entry, for Jan. 1, 1874, sets the mood for the year: “George is still absent… This week has seemed unusually long… I am putting together another quilt… I have not been out of doors yet.”

Although she does not mention it in her mostly cut-and-dried account of day-to-day life in 1874, their first child, a daughter, had passed away Dec. 13, 1873. She was less than a year old.

The days marched by in a pattern. Monday is wash day. Tuesday was baking. Wednesday was ironing. Thursday was cleaning. On Friday, she did all the other chores and gots ready for Saturday market, where they sold butter. One day, Jennie reports, she churned about six pounds of butter. “Felt tired,” she writes.

Sundays seemed to be her best day. She went to church and Sunday School, sometimes with George, and often read, took a walk or visited neighbors.

Jennie quiltted and sewed for herself and neighbors. She kept a careful accounting of the monies spent on fabric, thread. She enjoyed the company of her younger sister, Ada, a teacher in Balls Mills, who boarded with Jennie and George.

We don’t get much of a picture of George Ball. He is often gone, taking lumber to town, hunting, fishing and running the farm. On Sunday, June 14, Jennie writes, “George came home about four o’clock this morning. He has been sleeping nearly all day.”

One of the few entries in which Jennie expresses any emotion is the July 4 entry, in which she thinks back on her life as a single woman, which in retrospect seemed carefree. “When I was single, I invariably spent this day at some place of amusement but now it is work, and nothing but work from morning till night with nothing to make life any easier or pleasanter. Not even a small or kind word to make the path brighter.”

Jennie, it seems, is always tired. Working from sunrise to sunset, she feeds her family, the hay-makers and the drovers, who pass by with their animals on the way to market. She plants crops, harvests and preserves fruits. In one poignant entry, for Sunday, November 8, Jennie writes, “Walked out to Quaker Hill after dinner to see the baby’s grave. Felt so tired when I came back.”

She never mentions that she is pregnant, but in her diary entry for Saturday, November 21, she says simply, “Awoke about 4 o’clock. Felt sick. About eight o’clock we were the fortunate possessors of a wee girl baby.” (No wonder she had been so tired!)

The final entry, for Thursday, December 31, reads, “The last day of the year. What changes there is in a year.”

The diaries are much more than the story of two very different years in one woman’s life. The first-person accounts of daily life give us valuable insights into education, transportation, religious life and economic issues in the late 19th century in Williamsport, Montoursville, and Balls Mills.