‘Support each other and show our patriotism’ 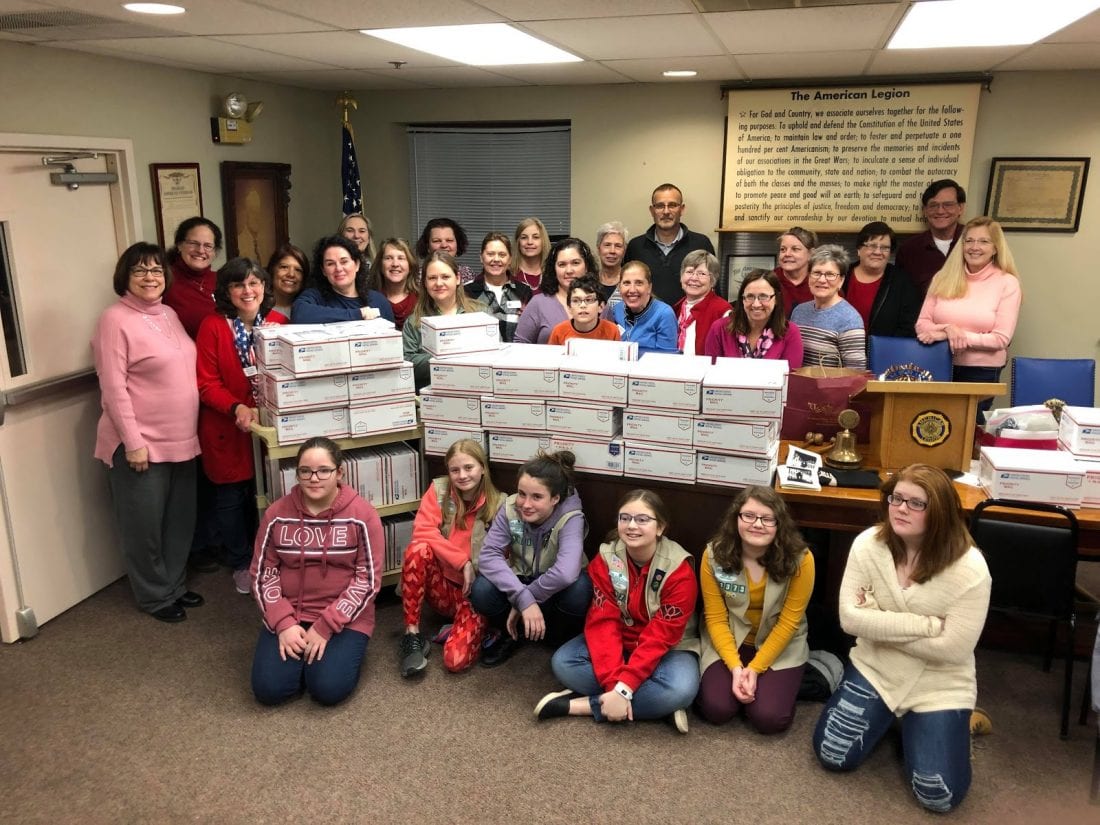 The term “veteran” is synonymous with bravery, heroism and going above and beyond the call to action, whether that be in uniform on the front lines, on base or some undisclosed deployment location. The immediate vision of a veteran or an active military service member is one of pride, valor and strength defending their nation. Although veterans and military personnel deserve our deepest respect, there is another unsung hero of war — the mothers back home.

Blue Star Mothers of America, North Central PA12, one of eight chapters in Pennsylvania alone, is a non-profit, non-partisan organization of mothers, stepmothers, grandmothers and female legal guardians that have a son or daughter currently serving in the military or is a veteran, whose mission it is to support both stateside and overseas troops, U.S. veterans, Gold Star families and each other.

North Central PA12 has been lending a hand to the military community since its inception in 2014 — a team effort between current chapter president Jane Schramm and Jacqueline Ceaser-Wherry, a mother who, like Schramm, also had a child in the Air Force.

“(We) found a need for area military families to come together to support each other and show our patriotism,” Schramm said.

That patriotism is demonstrated largely in the form of sending care packages to deployed servicemen and -women. According to Heather Truckenmiller, of Watsontown, and writer of “Valley Girl Views” blog, Blue Star Mothers sent 50 care packages in August. A major driving force for the chapter is the volunteers who return time and time again to show their support and patriotism, but their work is no small undertaking.

Volunteers collect the supplies, organize donations, affix shipping labels, group to pack boxes and take them to the post office. APO or Army Post Office, addresses require each mail piece to be processed separately, which can take time, but postal employees and volunteers are ready to work together and work hard whenever the next shipment of care packages is ready to go.

“It’s to let those deployed know we appreciate their service,” Truckenmiller said.

A loving care package is the least Blue Star Mothers and its volunteers can do to remind deployed service members of home. It is mostly for those defending our country, but it is partially for those sending the care packages as well — as a little solace during occasionally uncertain times.

“They deploy to undisclosed locations, and sometimes we will not hear from them for months at a time,” Truckenmiller said, “Sometimes we hear them off fighting battles that break our hearts, so we do what we can, here in our community.”

Despite the anxiety that accompanies a loved one’s deployment, Blue Star Mothers channels their children’s courage to keep pushing forward, sharing their love and appreciation for their child endlessly and working hard with them in mind. Maria Forehand, of Montoursville, like Truckenmiller and Schramm, is part of a proud military family. In addition to being a veteran herself, Forehand’s husband is retired from the Army and both of her sons have served, one being in active duty, currently stationed in California.

For Truckenmiller’s eldest son, joining the Air Force was a solution for affording college, as the military has a positive track record for supporting its service members’ educational pursuits — he has been in the Air Force for almost seven years now and has risen to being a staff sergeant. This service inspired Truckenmiller’s youngest son, who joined two years ago, and is training to be a fire truck mechanic.

Truckenmiller’s daughter will graduate from Lycoming College next year, with potential plans to join the Air Force following graduation.

“She’d be able to enlist as an officer, and she loves the idea of outranking her brothers,” Truckenmiller said.

Blue Star Mothers has two different types of memberships, Schramm said, one being a mother, stepmother, grandmother or female legal guardian of an active service member or veteran; the other is an associate member, which are volunteers who are typically fathers, nephews, cousins, brothers or sisters.

“We have associate members that have fathers or siblings that have served and want to honor their memory,” Schramm said.

“I am inspired each day to support our active military, veterans and Gold Star families and bring patriotism to Williamsport,” Schramm said.