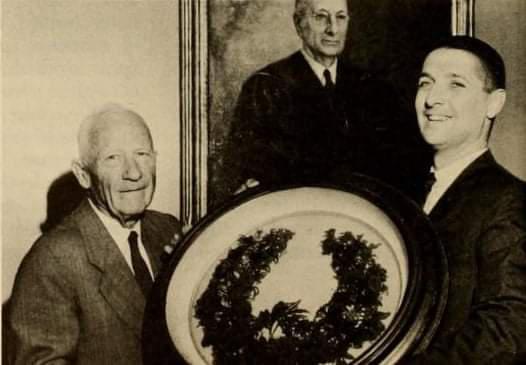 Frances “Minnie” Jane Elder Gray (1846 to 1923) enjoyed an opportunity not experienced by many young women of her era — the chance to get a higher education. Beginning in 1862, Minnie attended Dickinson Seminary, now Lycoming College.

Although she returned for two more years, Minnie, like most of the other 30 or so young women whose names appeared in the college catalog, was never part of a graduating class, and her reasons for attending an institution of higher learning were not necessarily connected with earning a degree or certificate.

What was the College like when Minnie attended? To be accepted, Minnie needed to be recommended for her moral character, because, according to the catalog, the school would not be a “house of refuge.” Bills needed to be paid in advance.

Besides tuition, there were additional charges for board, a furnished room, fuel and the laundering of 10 items. The cost for the latter was $2.50 per week. There was another charge for the cleaning of public rooms and halls.

Minnie would have had to bring her sheets, pillow, blankets and towels and find her own broom, mirror and lamps. She would need durable clothing and slippers to wear in the building.

Although discipline was termed “mild,” students were reminded that the “lawless and refractory cannot remain among us.” A demerit system was in place for misdeeds ranging from tardiness to disorderly conduct. You would be sent home if you accumulated 12 demerit points.

The president and faculty of the school lived on campus and maintained “constant oversight.” Parents were assured that their daughters would have private and public rooms that were completely separate from those of the male students. However, there was closely supervised mingling of the sexes at recitations, table and daily chapel exercises.

Although the curriculum for students wishing to earn an A.B. designation was strictly prescribed, other students could take any courses they wished so long as they enrolled in four studies and had the permission of the faculty.

We assume that Minnie was part of the latter group, but we don’t know what she chose. Among the choices were the classical offerings which included Latin and Greek, composition and rhetoric, natural and mental philosophy, the Constitution of the United States and Evidence of Christianity. Two modern languages — French and German — were offered, as were courses from the “Ornamental Branches,” such as drawing and painting and music.

Like many of the residential female students of her day, Minnie was from a family that valued education, particularly education for women, that had historic roots in its community and that had some wealth. Minnie grew up in the Halfmoon area of Centre County, near Stormstown.

Her great-grandfather, Abraham Elder, a Revolutionary War veteran, had been one of the earliest settlers there, erecting a saw mill and distillery and establishing in his house a thriving tavern that also became a community center.

After attending college, Minnie married Alonzo Thomas Gray and bore two children. Minnie was only 41 when her husband passed away. Her own short obituary, in the Jan. 19, 1923, edition of the Tyrone Daily Herald states that she died while visiting her son and daughter in Wilkinsburg. The cause of death was pneumonia, and she was buried in the Gray’s Cemetery in Halfmoon.

What sets Minnie apart in Lycoming College’s history is her artistic ability to weave human hair into a wreath. An ornate wreath, composed of hair contributed by some of Minnie’s female classmates, is now part of the artifact collection in the college archives.

The practice of weaving human hair into various creations had existed for hundreds of years, but the Victorians turned it into a popular art form. Hair wreaths were often associated with mourning the death of a loved one, but they could also symbolize events or close associations and friendships, as is probably the case for the one woven by Minnie. It is in the standard horseshoe shape, with long strands of hair that form intricate flowers.

In 1966, Minnie’s son, Maurice L. Gray, donated the human hair wreath to the college in memory of his mother. The wreath had held a position of prominence in the Gray homestead for decades.

Many questions about Minnie’s life remain unanswered, but her talent for an extinct art form lives through her association with Lycoming College.