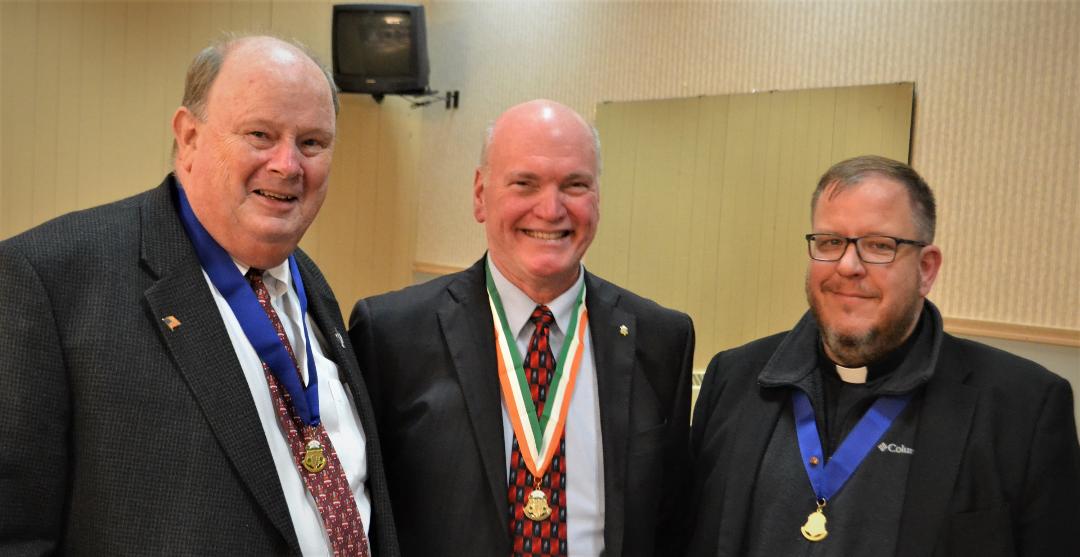 Division 1, Lycoming County held its annual Hibernian of the Year Award Ceremony. The gala was held at the Monsignor William J. Fleming Center at the St. Joseph the Worker Parish, Williamsport.

Division president, John Comerford, announced that the recipient of this year’s award, Christopher Norris. Norris received the award for his contributions and dedication to the order and service to the community.

Norris, is a loss control field director for the Cincinnati Insurance Company. He attended Bishop Neumann High School and Indiana University of Pennsylvania. He was a loss control engineer in the Insurance Industry for over 40 years. He and his wife, Sueanne, have two children and reside in Williamsport.

Master of Ceremonies was president Comerford.

“His selfless work, his contributions and his love of the Order are a credit to his family, his faith and his Irish heritage. He is the very exemplification of our motto of ‘Friendship, Unity and True Christian Charity,’ “ Comerford said.

The guest speakers for the evening was past national president of the order Edward McGinley and Rev. Brian Van Fossen, chaplain of the division. President McGinley spoke of Norris’ contributions to the Order’s local, State and National endeavors.

Norris gave his thank you speech in both the English and Irish.

This was the 21st annual event of the Division. Family and friends came to celebrate dignitaries, division members and guests. A grand time was had by all.