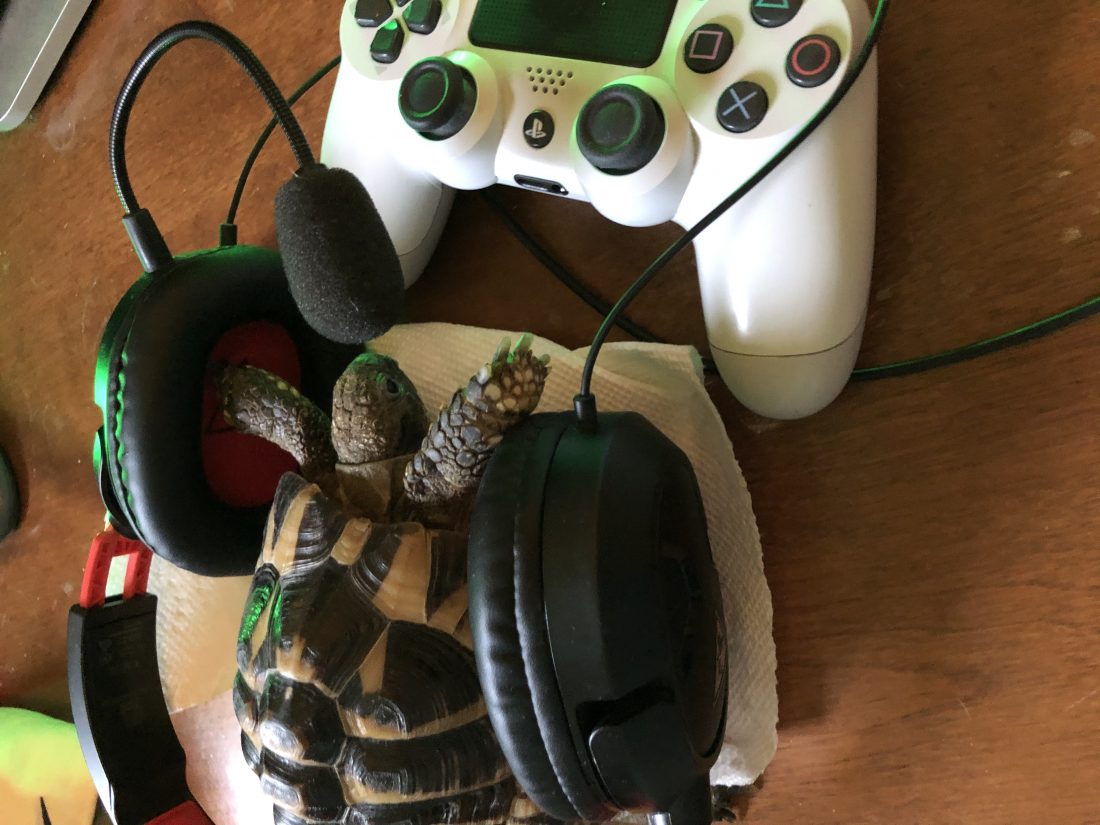 Marty here, the newest member of the Daverio household. I’ve volunteered to send you this year’s (pets only) collective Christmas wish list. Sorry it’s so late, but I’m sure you can make things happen even faster than UPS. You got me this new, sweet home last Christmas — I have complete faith in you, Santa!

Walter would like his short, stiff, old dachshund legs to work better. His special prescription joint diet and various medicines help, (without them, he couldn’t walk at all) but his doctors say there’s no fixing what’s happening to his legs.

While Walter admits his complicated-pillow-fort-building days are long gone, he kinda misses being able to jump on and off the couch by himself. Since he’s too unsteady for a ramp, I suggested a hoverboard, but he says he’s going on 14 years old, and he’s a bit mature for new-fangled contraptions. If you can’t make the new legs thing happen, he’ll settle for a cheeseburger and a nap.

Miriam really, really, really wants a pet rabbit. Personally, I don’t think that’s a very good idea, especially given her blood-thirsty history with wild rabbits. Dachshunds are designed for hunting, and Miriam excels in this skill. I’m kinda questioning her motives and feel it may be best to bring her something she can snuggle but not, you know, uh … maim, dismember or worse.

She could really use another cozy hideaway bed — the one she’s been using for years has seen better days.

Virgil the cat wants a vacation. He’s basically a shut-in and I’m not sure that his job of “crow’s nest guy/casual observer” is a real thing, but it doesn’t strike me as terribly strenuous — I mean, he’s super-chill most of the time, usually sleeping up there on his “perch.” I’m not sure of his actual function.

Miriam’s convinced he’s a spy. I’ve never seen him communicating with anyone but our people, so if he is a spy he’s REALLY good. Regarding his wish: I’ve had to share a ride with him only a few times, and he’s the WORST! Caterwauling the WHOLE WAY like he’s gonna DIE any minute! I’m told he’s older than Walter and he’s never been good at traveling, and when he gets anywhere unfamiliar, he hides and looks pathetic for days.

He says he’s happiest when all us dogs are bedded down for the night and the house is all quiet. Maybe if you could arrange a STAYcation with no dogs around and put a tiny umbrella in his water dish, he’d FEEL like he was on vacation.

Kevin wants a new squeaky toy — this one bigger than himself. Oh, and he wants it Ivy-proof, so only HE can play with it. It would not surprise me if he was on your naughty dachshund list. Just sayin.’

Jenny the turtle is feeling like a change of pace from her usual pellets, shrimp, fish and bugs and is craving crustacean this year. While she truly enjoys snacking on crayfish, if you could find a full-sized live lobster in your big, velvet bag for her this year, she’s up for a challenge.

Tom the tortoise wants an 8K ultra HD 98″ TV with a wireless surround sound system and a subscription to Hulu. He says a new headset that fits his tiny head would be nice — it’s hard to work the PlayStation controller and sit between the earpieces of the human-sized version. Oh, and he says he also wants extra cucumber on his salad.

The fish would like the big, hollow log to be moved to the northeast corner of the tank. One of them asked for a new hairdryer, but I may have gotten that wrong — I don’t speak fish, and everything they say sounds like, “Ploop.”

Ivy would like to kick up her big, shaggy dog heels and frisk and chase squirrels and run and run and run, free, like the wild doodles. She promises she’d be back for meals and long, luxurious naps. Now, Santa, you and I know that’s a dangerous proposition, so maybe you can bring her a coupon for more supervised walks, maybe to exotic places — she adores travel — that’d scratch her wanderlust itch.

As for me, I’m pretty content to sit on any available lap (it is my Cavalier King Charles Spaniel duty) and accept whatever treats are offered. Gotta say, though, that cheeseburger and a nap Walter asked for sounds perfect, so make that a double!

Thanks in advance, Santa, and safe travels. Miriam promises not to attack you when you deliver our presents this year, but Kevin says he may still sound the alarm — it’s not something he can turn off easily. Merry Christmas!

Daverio is a veterinarian at Williamsport West Veterinary Hospital. Her column is published every other Sunday in the Lifestyle section. She can be reached at life@sungazette.com.