Doughnut lassies, Women volunteers on the front lines in WWI

Women volunteers on the front lines in WWI 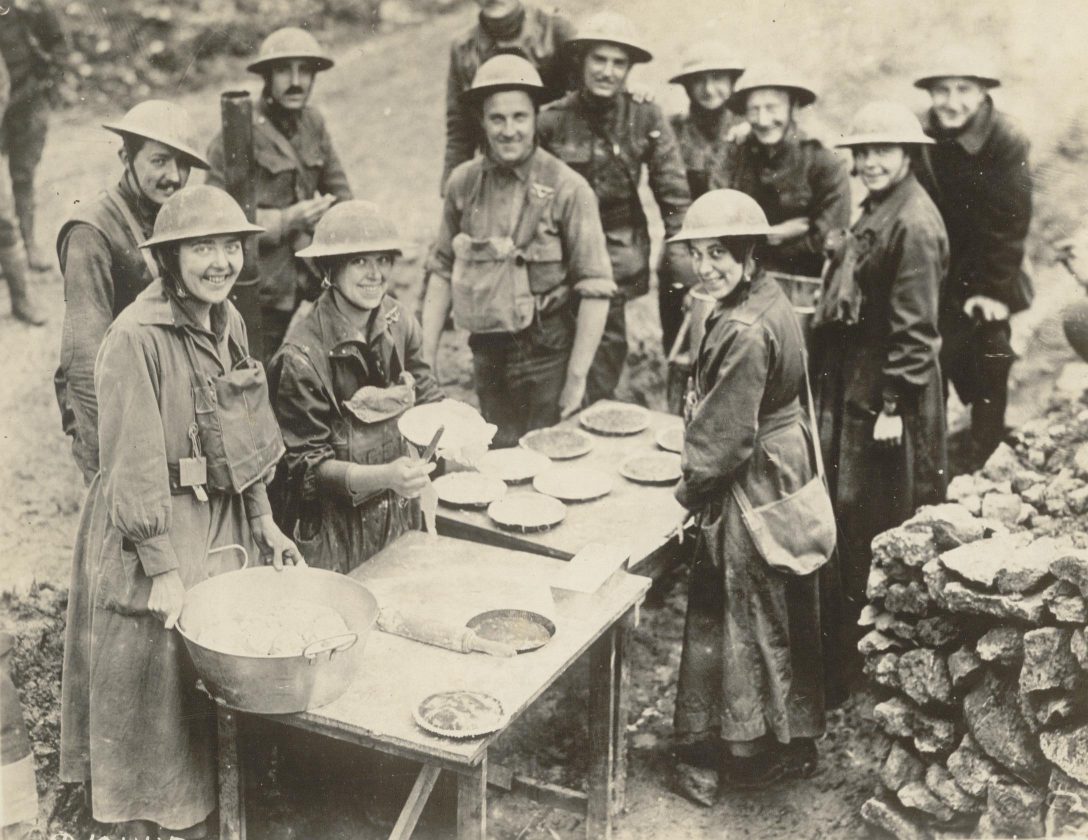 The Salvation Army is known for helping those in need in many situations throughout their history. One of my favorite history facts is the story of the doughnut lassies.

In 1917, The Salvation Army began a mission to provide spiritual and emotional support to U.S. soldiers fighting in France during World War I. About 250 volunteers traveled overseas and set up small huts near the front lines where they could give soldiers clothes, supplies and, of course, baked goods.

Despite discovering that serving baked goods would be difficult considering the conditions of the huts and the limited rations, two young women officers began frying doughnuts in a helmet. Their operation grew until the same two women were frying upwards of 2,500 doughnuts each day, which is possible when they stopped frying the doughnuts in helmets and ask the army for pans to cook in. These tasty treats boosted morale and won the hearts of many soldiers.

Nicknamed “doughnut lassies,” the women who served doughnuts to troops are often credited with popularizing the doughnut in the United States when the soldiers, nicknamed “doughboys,” returned home from war.

The doughnut now serves as a symbol of the comfort treat The Salvation Army provides to those in need through its many social services programs.

So Santa, enjoy your doughnut and think of the doughnut lassies as you travel Christmas eve, bringing toys to the good boys and girls throughout the world. Safe travels.