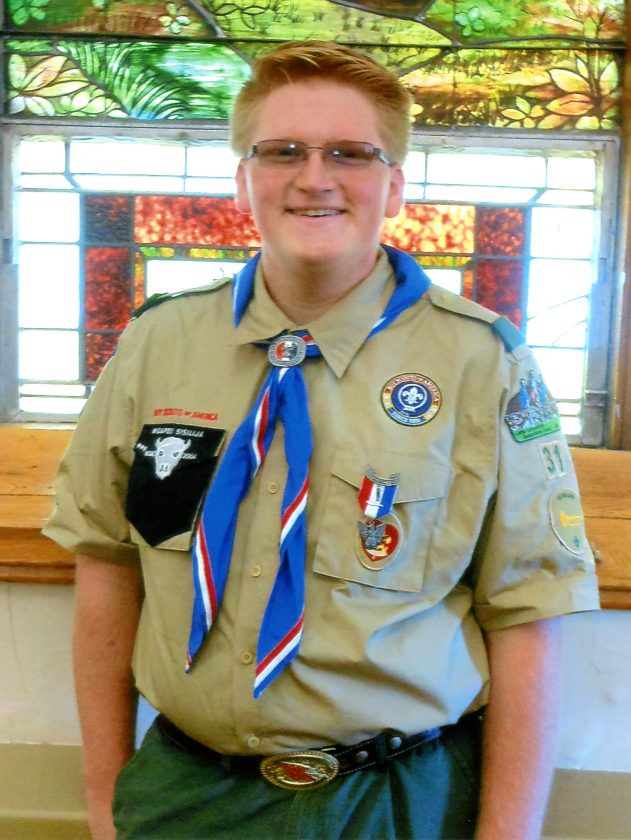 Kristopher Lee Zinck, of Jersey Shore and Boy Scout Troop 31, held his Eagle Scout Court of Honor at Trinity United Methodist Church in Jersey Shore. He is the son of Benny and Jennie Zinck.

Part of earning the Eagle Scout rank is the completion of the Eagle Scout project and he worked with the Avis Borough and built five benches, two horseshoe pits and mulched the playground and the front of the borough building.

Kristopher began scouting in 2007 as a Tiger Scout and worked his way to Arrow of Light, which is the highest rank in Cub Scouts, then crossed over to Boy Scouts. In Boy Scouts, he worked his way up through the ranks earning 36 merit badges, five awards and the rank of Eagle Scout with a Silver Palm. During scouting, he held the offices of senior patrol leader, assistant patrol leader, patrol leader, scribe and bugler.

He plans to pursue a career in culinary arts in New York.