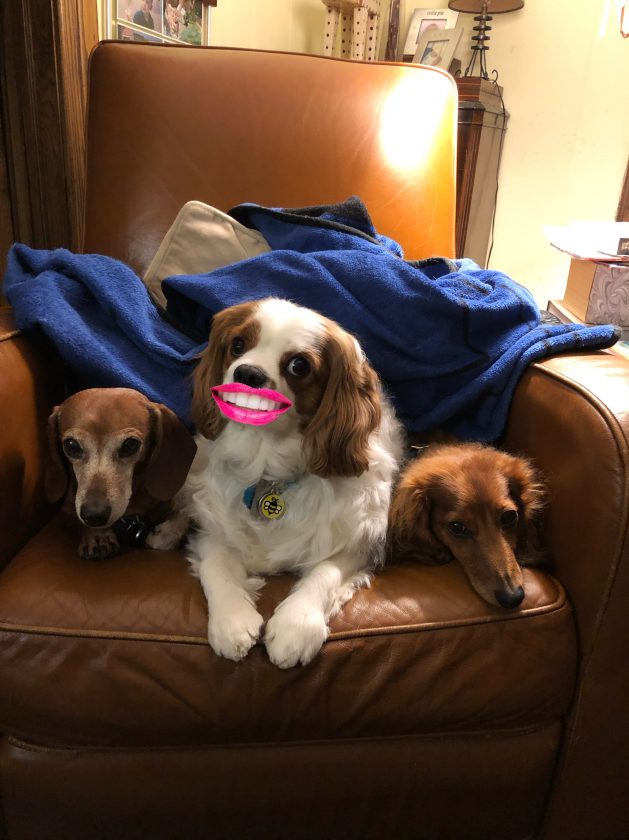 “He smells,” the owner complained. The dog sitting on my exam table was wearing an expression on his doggie face that made it clear he’d like to be anywhere else but here. And he did stink. In fact, I had smelled him the moment I entered the room. It was one of those odors that refuses to be ignored.

“I’ve been bathing him every day, but he still smells,” the owner said. “It seems to be coming from his head — I think it’s his ears, but I don’t see anything in there.

I was dreading what was to come next. I had no doubts about the source of the horrible, putrid odor filling the room. I steeled myself and pushed down the inevitable wave of nausea that always comes from the revelation I was about to make, and did the deed: I gently lifted the dog’s upper lip to begin my exam of his mouth. Maybe it wouldn’t be as bad as I was imagining.

Nope. It was shockingly worse. What I saw (and smelled) was truly disgusting. It was putrescence itself — mouth full of teeth so heavily encrusted with tartar that it was impossible to discern where one tooth ended and another began, with a generous coating of green, slimy, foul-smelling goo mixed with bits of food and fur and Lord knows what else throughout. There were angry-looking sockets where teeth had long since rotted away and fallen out. There were loose teeth that wiggled like piano keys. The gums were flame red, clearly quite sore and bled when only lightly touched. Yes, touched, because I now had to reveal this horrific mess to the owner as the source of the stench she had been complaining about.

When did this happen, you ask? At least once or twice a week since I’ve been practicing veterinary medicine for the last 25 years. Different patients, different clients, same story, lather, rinse, repeat. I am not exaggerating, and unfortunately, this is a scenario most companion animal veterinarians will corroborate. It’s tragic that dental disease in veterinary patients must advance to such a critical state before many owners consent to treatment, but it is not uncommon to see a diagnosis of dental disease posted in a patient chart repeatedly, year after year, with no action to follow through with the recommended treatments, year after year.

Animals typically don’t complain, even if their gums are sore or they have loose or wiggly teeth. They eat, they drink, they go about their daily business with few changes … until things get really bad. And until the animal is ill, or the owner is affected by the odors emanating from the pet, dental procedures are often back-burnered. Many people fail to see the value in good oral hygiene for their pets until it becomes a huge project — and too late for many a tooth. People try all sorts of things to avoid having dentals done on their animals. They purchase a king’s ransom in products for bad breath: Treats and chew toys that are supposed to “bust” tartar, supplements and water additives.

Wanna know what works to prevent dental disease in pets? Daily brushing with pet-safe enzyme-activated toothpaste. Advising that owners try to brush their animals’ teeth is like a funny standup act in the exam room. I crack them up every time. Sure, brushing can be labor intensive and is definitely not for everyone, but it can spell the difference between needing a professional cleaning under anesthesia once a year versus once in 2 or 3 years. Or ever, if it’s done well.

I’m not hyperbolizing when I say that bad oral hygiene can KILL you — the bacteria that reside in the oral cavity can wreak havoc on your body, and they can gain entry into your bloodstream via your sore, red, inflamed gums. Ask your dentist. Consult Dr. Google. It’s totally true. Poor oral health can have the same effects on animals, too.

Recently, I had to tell an owner that her dog had developed a heart murmur, kidney disease and liver disease — all within a year’s time. She had declined the badly needed dental cleaning for each of the last five years, and what we predicted would happen as a result, sadly, had come to pass. Now, the dental procedure would not only be much more difficult to perform, but also had become a dangerous proposition, given the dog’s poor health status as a result of the chronic infection in his mouth. Heartbreaking. Preventable.

February is National Pet Dental Health Month. I speak for all veterinarians when I say, “Get-r-done!.” PLEASE consider the dental treatments we are recommending — we want you and your pets to have a long, healthy, halitosis-free relationship! 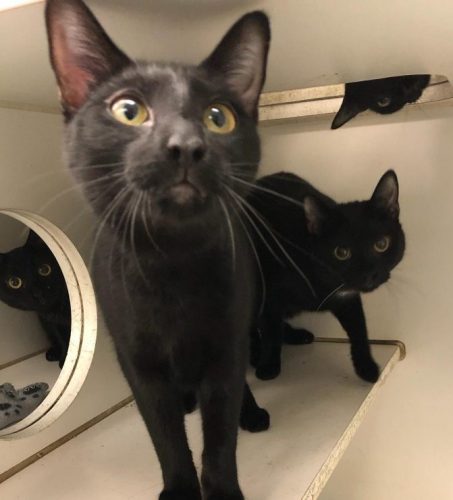 Dear Annie: I am so concerned for my elderly loved ones during this pandemic, my father in particular. He’s 89 ...

March is Women’s History Month and instead of talking about a random special lady, I want to talk about a woman ...

Advice and tips to keep your furever family safe

Furry family members provide comfort and love during times of discomfort and joy and laughter on a daily basis. But ...