A grand slam friendship keeps in contact during COVID-19 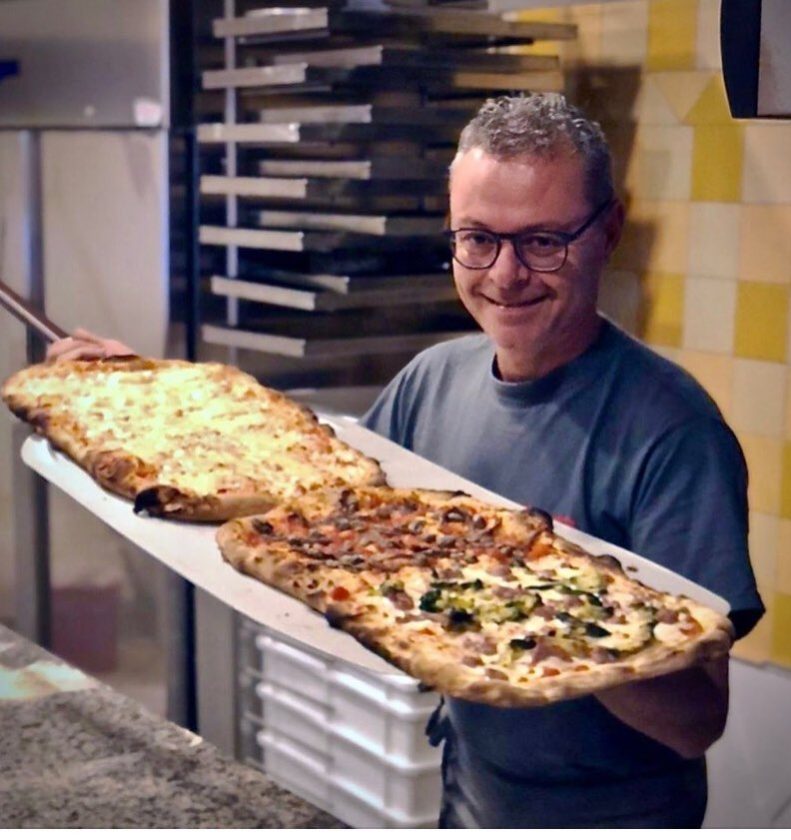 A brief encounter by an Italian pizza shop owner staying at a hotel in Williamsport during the 2014 Little League World Series led to a friendship and bond with a city man, an inspiring endurance in the COVID-19 global pandemic.

Aleandro Bruno Barbieri, of Crema, Italy, was heading to Niagara Falls, New York, in August 2014 and decided to stay in Williamsport to see the Grand Slam Parade of the Little League World Series.

That’s when Barbieri met Marc Schefsky, who was general manager of the Genetti Hotel, and it was a friendship that has lasted to this day.

For Schefsky, learning how the virus had struck Italy was nerve-racking. As the epidemic broke out in Crema, in northern Italy, where “patient zero” was diagnosed, Barbieri informed Schefsky how serious the situation was.

“I told him the precautions to be taken since nothing had happened in the U.S.,” Barbieri said.

As soon as the television was on, Barbieri said he found out it was not an average morning. During the night, not far away from Crema, something that was bound to be engraved in the minds of the town residents happened: COVID-19 patient zero was identified.

It was impossible to go out and in and what he described as a “red zone” was born.

The virus spread rapidly like wildfire in a few days, kilometer after kilometer all around the city where the virus originated, he said.

Crema, a community of families and friends leading in the Lomardy region, suddenly was hit by waves of infectioned, many of whom were seriously ill. There was widespread fear and panic, Barbieri said.

The so-called “Protezione Civile” and the Army established a camp hospital to cope with the ever-growing number of infected people. Doctors and nurses from all over the world arrived in Crema, he said.

Back home, Schefsky was getting the updates and wondering himself what the impact might be on the globe. He was thinking how it had spread from China and now was sweeping through Europe and the home of his friends.

Babieri had no idea what the restrictions would be for his livelihood — the pizza restaurant.

“We were forced to close down,” he said. A quarantine was extended to all of Italy and Crema was on lock-down.

For all of Barbieri’s working days, the pizza-maker was committed to preparing many sizes and shapes of fresh doughs and making pizza with the freshest ingredients gathered locally.

But doubts and the meaning of life in a pandemic meant trying to figure out the best way to act for helping the community and getting the business back running.

In that month, the fire and passion for the job animating his days for more than 30 years was back.

“We found a way to give them the possibility to find their smile again during this everlasting quarantine,” he said.

It was to be Italian, to be streetwise and find solutions to problems and above all to help people in difficulty, he said.

In his community, everyone began to help each other. Wearing masks, children went shopping for parents and friends went for their neighbors.

“This all created a solidarity movement who help the country to stand up again,” Barbieri said.

New restaurant employees would deliver pizza to the customers’ homes, which was how the government permitted it.

Over the weeks that ensued, the hard work paid off as individuals sent in selfies of eating pizza.

The situation in Italy, as in much of the U.S., remains uncertain. It is not known if the virus will go away, a vaccine will be discovered or more waves will strike in the fall.

But Barbieri said the battle to maintain his business amid the pandemic, and the results of serving customers through it were game-changing and he is proud of Crema, his employees and customers.

“We won’t be coming back to life, as basically we have done it already,” he said. ” We, are Italian.”