Creature Comforts: Animals don’t care what their name is as long as they are treated kindly 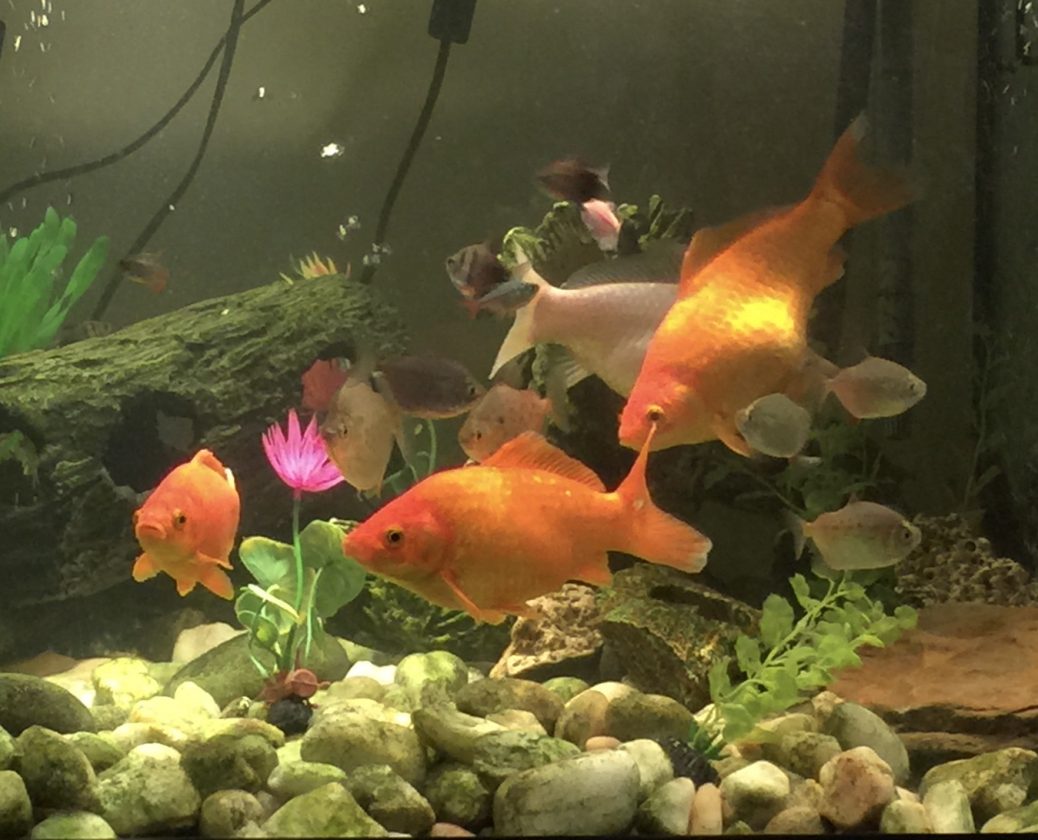 All Canada geese sort-of look alike. Male, female, young adult or adult of advanced age — it’s pretty tough to tell them apart. I know that sounds politically incorrect — sorry Canada geese, I mean you no disrespect. You are all beautiful in … um … exactly the same way. You are all stately and majestic, even though you leave your big, green droppings all over the bike path. (Seriously, you’re free to wander far and wide over ALL of North America, and choose THERE to do your business every morning. Gross.)

In my defense, I’m not the only one who has trouble telling a goose from a gander; it’s not easy, at least from a distance. For some species of exotic birds like macaws, the most reliable way to distinguish male from female is to do DNA testing, chromosomal testing or surgery to peek into the abdomen to locate the internal genitalia. No kidding.

It’s not tough with some birds to tell male from female. Cardinals, for instance, are kind of a no-brainer. Mallard ducks are a cinch. Peacocks and pea hens, even the color blind can figure out. Hens and roosters … duh.

This obvious visual physical distinction between males and females within a species is called “sexual dimorphism,” but not all creatures have this.

In some animals, differentiating between male and female, called “sexing,” before puberty is difficult without getting up close and very personal. Note: Carefully examining the area under an animal’s tail is pretty much universally considered rude.

Invasive “probing” of the “vent” (cloaca) of snakes is one method described for sexing them. My take on this: They know the difference, and that might be good enough.

If you’re not planning to keep more than one in the same enclosure, and aren’t intending to breed these animals, it may be best to leave it as a mystery, as in these cases, determining the sex of a snake is uncomfortable for the animal and of only esoteric use to the owner. Snakes don’t even have external ears to hear the often creative names their owners give them.

Of course, some creatures eventually begin to lay eggs (or give birth), in which case, what you’ve got there is a female. For sure. Unless it’s a snail or a seahorse, then, never mind.

While rodent and rabbit males are “well-endowed,” with large, obvious testicles, these are not always descended into the scrotum in the very young, and can be withdrawn back into the abdomen when these animals feel threatened. Being restrained by humans and flipped upside down is usually perceived as “threatening,” FYI.

Sexing litters of young bunnies or mice can be a challenge, especially when trying to examine the nether regions of a tiny, wiggly, unwilling subject. It’s no wonder there are occasionally times when folks end up acquiring a young bunny (buck or doe?) or chinchilla (bull or velvet?) of a different sex than they had originally thought.

At around a year and a half, male cats acquire testosterone-induced secondary sexual characteristics and behaviors. The big head, leathery, tough skin and mind-bendingly stinky urine of tomcats makes sexing them easy from a distance, which is advantageous for them, to be sure.

Being able to spot potential mates versus combatants at a glance (or whiff) can save valuable time and energy — and skin, as tomcat fights can be vicious.

Distinguishing friend from foe is important. But when examining young kittens, it is not so easy to tell a tom from a queen.”

“So, I’ve got some news about Susie,” I remember saying to a sweet, elderly lady during an exam of her tiny, new kitten. “She’s a he.” (Dun-dun-duuuuuuuuuun.)

While I’ve had to make similar pronouncements throughout my veterinary career, this owner’s reaction was one that stands out in my memory, as she was completely flummoxed.

She could focus on no other information for the rest of the visit, madly wracking her brain for a new name for her *male* kitten. Even after I joked with her, pointing out a universal truth: “He doesn’t care what you call him as long as you’re calling him for dinner!”

She would not be deterred from her mission. It was a serious infraction in her mind to have been calling a male kitten by a female name for a week’s time.

I can attest, it did no lasting damage to his psyche, and he grew up well-adjusted and healthy.

You see, animals do not speak English (or German or Spanish or Chinese) and they really do not care what name they’re given, as long as they’re treated with kindness. If you’re not sure, avoid the use of personal pronouns and name your new pet “Pat.”