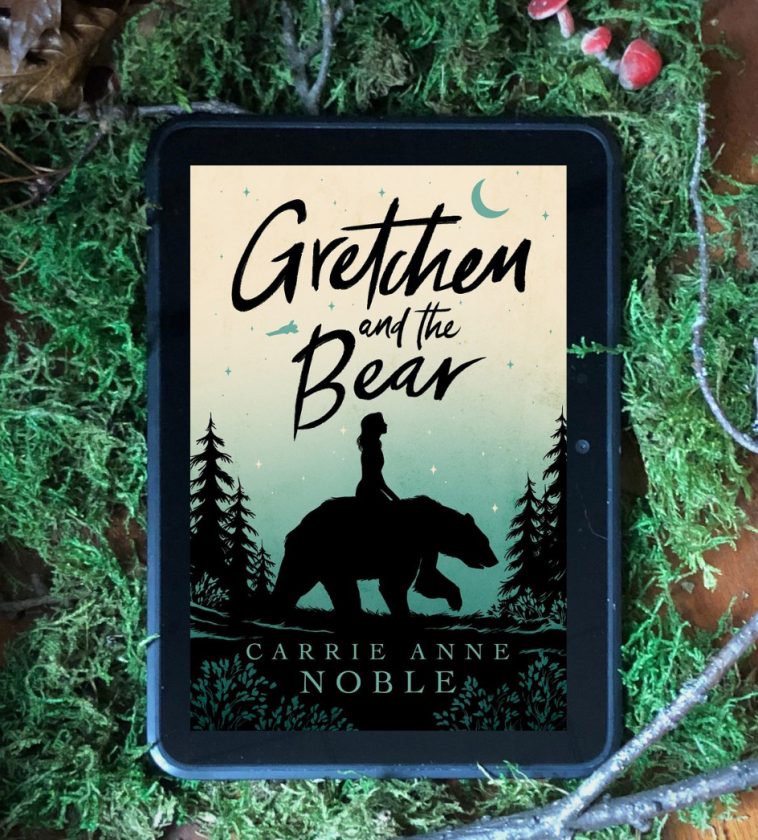 HUGHESVILLE — Carrie Anne Noble, whose debut novel, “The Mermaid’s Sister,” won Amazon.com’s 2014 Breakthrough Novel Award for Young Adult Fiction as well as the 2016 Realm Award for Novel of the Year, is busy prepping the release of her newest novel, “Gretchen and the Bear,” which was released on June 17.

There are hints of “Goldilocks and the Three Bears” and a couple references to the “Cinderella” story woven into the novel, along with futuristic hover-cycles and laser blasters. But underneath, it’s about sacrificial love and the courage to be authentic.

“‘Gretchen and the Bear’ is a young adult fantasy … (and has) a sprinkling of fairy tale whimsy, a bit of adventure and a hint of first love,” Noble said. “I think it will appeal to readers looking to be transported out of our current, unsettling reality and into a world of enchanted woods and magical bears, to take a journey with a hopeful, brave, young heroine.”

“Gretchen is absolutely captivating,” said Mike Parker, WordCrafts Press publisher. “She is spunky, tenacious, opinionated and while she doesn’t necessarily go looking for trouble, trouble seems to find her. Carrie Anne Noble has done a marvelous job of creating a canny world of whimsy and danger that is the perfect setting for her adventures.”

Sixteen-year-old Gretchen has been waiting forever to trade life on a dreary orbiting station for life on gloriously regenerated Earth. Still, visiting faerie-infested Britannia is not on her agenda — especially since no human who’s ventured there has ever returned.

But when her stepsister sneaks off to the island to meet a faerie boyfriend, Gretchen’s stepmother forces her to choose: Risk death to rescue the runaway, or forfeit her father’s life.

Lost in the faeries’ forest, Gretchen meets a family of Bearfolk — fae who can shift between human and bear forms. Kindhearted seventeen-year-old Arthur volunteers to help, while his mother, who believes Gretchen is the heroic silver hair of faerie legend, schemes to use the girl for darker purposes.

When the quest to save the runaway proves costly, will Gretchen and Arthur find the courage to sacrifice what they hold dearest to save the ones they love most?

“Although I’ve always enjoyed reading science fiction, I don’t usually write it,” Noble said. “So I thought it would be fun to blend the whimsical fairy tale style of my usual stories with a few sci-fi elements. What I ended up with was a tale set on a regenerated Earth a couple hundred years from now, with a human heroine on a mission to rescue her sister from the dangerous faeries who’ve taken over former Britain.”

Noble’s previous work has been universally praised for her lyrical style and innovative themes which weave of fantasy, romance and adventure into thrilling stories for young adults.

Publisher’s Weekly called her debut novel, “The Mermaid’s Sister,” “A must read.”

School Library Journal declared the novel “… fresh and original and even her minor characters are beautifully depicted.”

Kirkus said it was, “Engaging and magical, the story is filled with enough adventure, peril and plot twists to keep you turning the pages.”

Of her followup novel, “The Gold-Son,” RT Book Reviews said, “(Noble’s) lyrical, poetic storytelling will wrap readers up in her magical world. Noble’s characters jump off the page and will capture readers with their personality and wit. With magical flair, Noble expertly pens a modern-day version of a classic fairy tale.”

“Gretchen and the Bear” is already generating similar reviews.

Roberta Gore, author of “Relic” declared, “‘Gretchen and the Bear’ transports the reader into a magical realm that is one part sci-fi, one part fantasy, one part fairy tale. It’s a brilliant mash-up, and I was thrilled to journey with Gretchen as she discovered all the layers of meaning inside this wooded landscape — one of fairies and spells, and most importantly true love. It is a marvelous read.”

Released more than five years ago, “The Mermaid’s Sister” remains the No. 1 bestseller on Amazon.com’s Teen and Young Adult Mermaid Fiction chart.

Still in pre-release, the Kindle eBook version of “Gretchen and the Bear” debuted in the Top 10 on Amazon’s Hot New Releases charts in both the Fairy Tales and Mythology categories, and at No. 19 in Folklore.