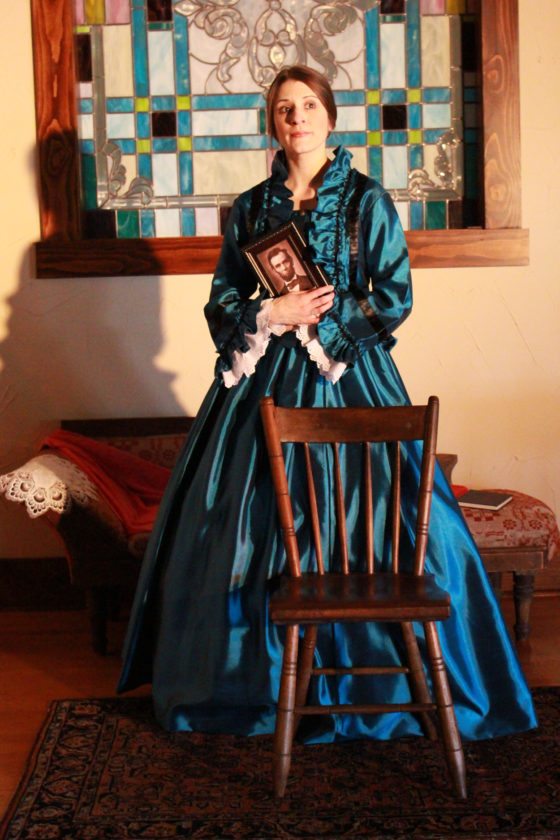 MIFFLINBURG — Even a few Civil War buffs may not recognize the name Kate Chase. But Aubrey Potash not only recognizes the name but will portray her and other characters in “Miss Chase, Mr. Lincoln.”

The multi-talented actress (recently seen in productions at the Community Theatre League, RiverStage and Millbrook Playhouse) will portray the famous belle of Washington during Abraham Lincoln’s presidency.

This Civil War era show, written by Mifflinburg playwright Karl H. Purnell, is a production of The National Historic Theater.

“Miss Chase, Mr. Lincoln” features Potash as the show’s narrator. She portrays Kate Chase at various stages of her life, and about a dozen other characters, who reportedly are easily recognizable by today’s audiences.

The talented Kate Chase had strong aspirations to become First Lady by supporting her father Salmon Chase, who was Secretary of the Treasury, but also had her sights on becoming President of the United States.

Although she was viewed as beautiful, intelligent and powerful for a woman of her time, Kate Chase had her flaws and, after marrying the richest man in New England, eventually suffered a downfall from the glorious life to which she become accustomed, spending her final years alone and in poverty.

“Miss Chase, Mr. Lincoln” features Potash singing various songs from the Civil War period familiar to contemporary audiences, including “The Battle Hymn of the Republic,” “Annie Laurie” and “The Battle Cry of Freedom.”

There is also some unknown gems woven throughout the story, from touching ballads to comedic ditties.

With a running time of approximately one hour, the show was first presented and well received last fall for Canadian bus tourists, who will also be attending the two scheduled performances this month.

Potash states that the public is also invited to attend “Miss Chase, Mr. Lincoln,” which explores the unique relationship between the Washington socialite and President Lincoln, which was based upon both rivalry and mutual admiration.