There’s music in the air 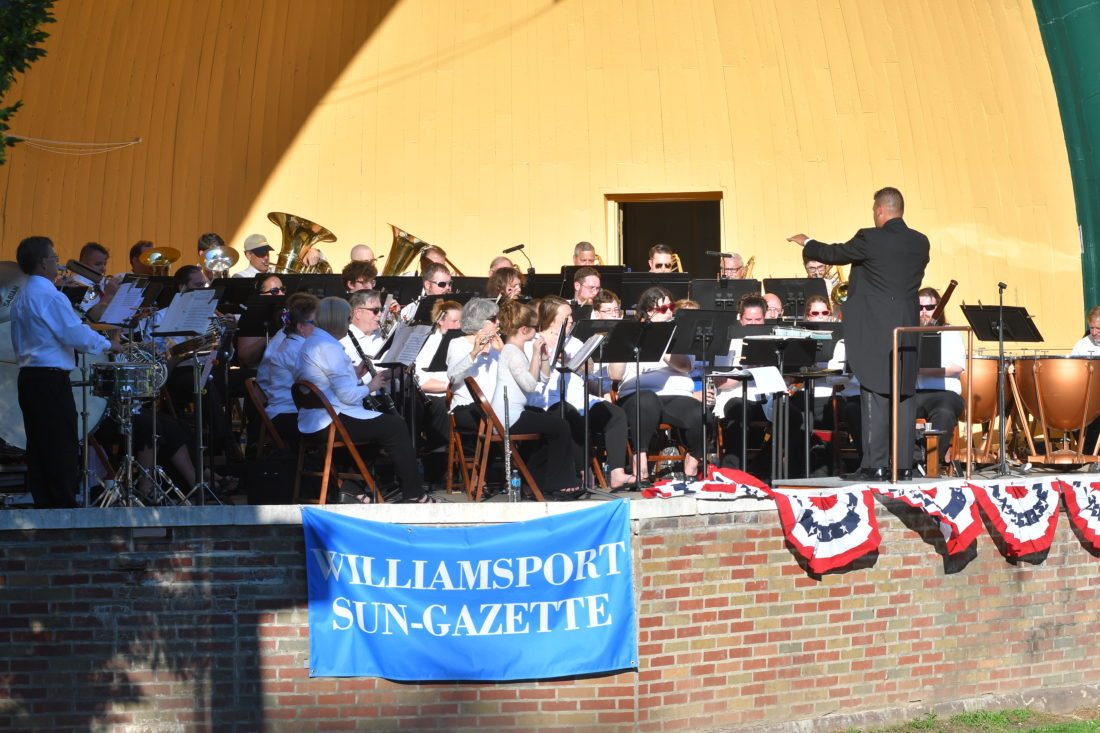 The Northern Appalachian Wind Symphony is set to kick off Brandon Park’s annual Summer Concert Series with a 7 to 9 p.m. May 27 performance at the Dr. Kenneth Cooper Bandshell, which this year is celebrating 105 years.

Lance C. Ohnmeiss, who serves as the artistic director of the Wind Symphony, said this will be the ensemble’s third year performing in the park.

“Although our weekend has changed, we are still proud that we are part of the park’s Summer Concert Series,” Ohnmeiss said.

Ohnmeiss has been committed to music and academic study of scores and conducting styles for a very long time. Following his 2010 graduation from San Francisco State University, where he earned a bachelor’s degree in music education, he conducted ensembles in the San Francisco Bay Area. During his time at the university, he served as the student conductor of the wind ensemble, was the founder of the SFSU Gator Band, and was a regular guest conductor for the Daly City Community Band, Daly City, California. He went on to earn a master’s degree in conducting from Messiah College, Grantham, and for three years, Ohnmeiss served as the director of the Williamsport Imperial Teteques, the oldest masonic band in the United States, until it disbanded a few years ago.

Fast forward and his vision, along with that of Daniel E. Lamade, to organize an ensemble that performs at the highest level of excellence, is coming to fruition.

The Northern Appalachian Wind Symphony is made up of 45 woodwind, brass and percussionists from across the country and is on a mission to provide “diverse and unique concerts to audiences and create, develop and facilitate educational outreach opportunities to help strengthen the performing arts throughout the northeast.”

“We do a lot of recruitment and auditioning to find our players,” Ohnmeiss said. “Although it is true that we are joined in the summer by players from as far away as San Francisco, California, our membership is made up of players from all across the northeast. We have players from New York, Maryland, Ohio, New Jersey and all across Pennsylvania. Our ensemble contains 49 contracted instrumentalists and we are currently working on a vocal ensemble, as well. Our musical family comes together through auditions and by the large network of performers that I personally have reached out to.”

Ohnmeiss added that 93 percent of the Wind Symphony’s performers hold degrees in music performance of various areas of specialization.

“It is humbling getting to work with some of the best performing talent of our region,” he said.

The ensemble has been performing together for two seasons, which makes it the newest fully professional wind ensemble in the state, according to Ohnmeiss. In addition, it is the only ensemble in the state (and potentially the east coast) that is fully paid, non-volunteer and stand-alone and that is not sponsored by a school or university ensemble.

Even though Ohnmeiss spent several years on the west coast and the ensemble’s musicians span the country, Williamsport was the logical option for a home base for many reasons.

“Williamsport has boasted a long history of music and being a home base for great musicians,” he said. “It is also strategically located geographically to facilitate future touring goals that the ensemble has. Finally, Williamsport is a vibrant, small-town environment that is a great place to raise a family close to the outdoors with a lot of potential for a smaller income base to go further.”

Wind symphony is defined by the band’s website as “a mixed instrumental ensemble performing on woodwind, brass and percussion instruments, and usually contains one to two players per part.” These highly versatile ensembles are able to perform “longer, more complex musical works for multiple instruments, as well as small, flexible ensemble musical scores with one performer to musical part.”

The music that is performed includes pop, chamber, jazz, large symphonic works and classical music styles. The magical part about a NAWS performance is that many of the pieces will seem familiar.

“Music is all around us: in commercials, movie soundtracks, television themes, cartoons, retail shops and even the ubiquitous elevator music,” according to the NAWS website. “Audiences will recognize much of the music that is performed, but will be introduced to new music, as well.”

Although it would seem the ensemble has surpassed an initial vision to provide diverse and unique concerts while strengthening the area’s performing arts scene, Ohnmeiss said “the best is always yet to come.”

“We are always building and amending our vision, which is great,” he said. “When asked ‘what are you most proud of?’, it has to be the fact that we are continually raising the bar for how great we can be and how great the music we present is. And, when asked ‘what concert is your favorite?’, it is always the one we are preparing for.”

The Northern Appalachian Wind Symphony also will perform for the Scrantastic Spectacular as the headliner ensemble for the fireworks display on July 3 at Lackawanna Courthouse Square.