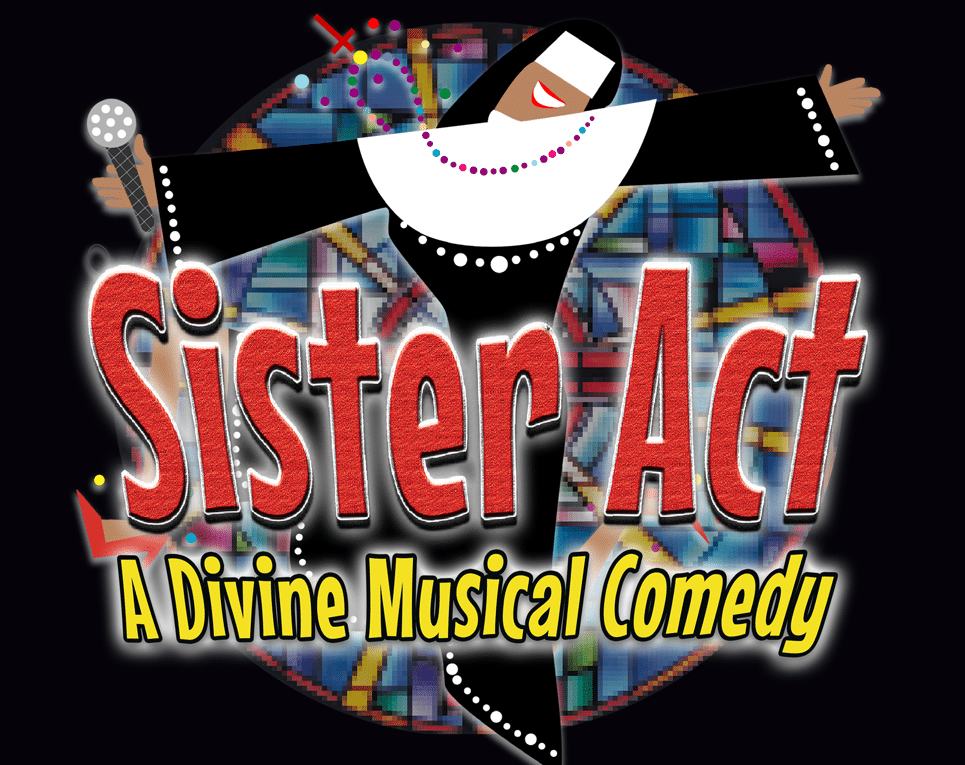 MILL HALL — No doubt about it! Millbrook Playhouse is really “acting up” this summer.

The second Main Stage musical of the 2018 summer season, “Sister Act: The Musical” has 7:30 p.m. performances tonight, tomorrow and Saturday, with a 2 p.m. matinee on Sunday.

Set in and around Philadelphia 40 years ago, “Sister Act” follows Deloris, a scared stool pigeon needing protective custody, who “blows the whistle” on her married gangster boyfriend after witnessing him murder an informant. Figuring where the snitch will never be discovered, the police whisk Delores away to an nearby convent, where she upsets the nuns’ tranquil life style and their caterwauling singing.

As this stage version is based upon the popular 1992 movie and features music by award-winning songwriter Alan Menken, it’s no wonder that Millbrook’s artistic director David Leidholdt looks upon “Sister Act” with almost religious fervor.

A huge measure of the show’s success is obviously attributable to Trey Compton, who not only directs but choreographs this divine musical comedy. Although Millbrook may deem the dancing “outrageous,” the opening night audience clearly recognized that the nuns’ dancing was equally outstanding.

If anyone is still a bit lukewarm over the quality of Millbrook’s professional productions, “Sister Act” is the show that should convert them into becoming avid theatergoers.

Heading the cast is Tayler Harris as Deloris, the disco diva disguised as a nun in hiding. Once Harris gets into the habit, she uses her powerhouse voice to sing the varied score, ranging from rousing gospel to Motown, soul and the show’s title tune.

The sassy Deloris does battle with the Mother Superior, with Audrey Rose Young (although too youthful looking) effectively projecting the rigid nun trying to keep the good sisters under control.

Although none of the nuns wear traditional nun shoes, they use their black ballet-type slippers to entertainingly dance around the convent at Deloris’ urgings.

A couple of the nuns stand out: Nikki Yarnell is really funny as the frustrated choir director Mary Lazarus, and Caryly Grayson (Belle in Millbrook’s “Beauty and the Beast”) as the postulant Sister Mary Robert who sings and reprises “The Life Never Led” to sustained applause.

When the nuns find their true voice and belt out “Raise Your Voice,” they practically raise the roof off the old barn theater.

Most effective of the men is Dana Orange as Sweaty Eddie, who would like to do more than simply protest Deloris. Also featured are Thomas Robert-Irvin, funny as Monsignor O’Hara; Corey Barrow as the sleazy killer Curtis; and Sam Snyder as his energetic henchman Joey.

The massive “Beauty and the Beast” set remains basically intact (with a bit of graffiti added) as the “Sister Act” setting. Some blackouts at the end of the songs are a bit too quick, but the costumes, especially the spangles and glitter on the whole company’s outfits at the finale are eye-boggling.

While the nuns may fold their hands in prayer, audiences will clap their hands together and give “Sister Act” the applause it richly deserves.