George Thorogood and The Destroyers set for local show this weekend 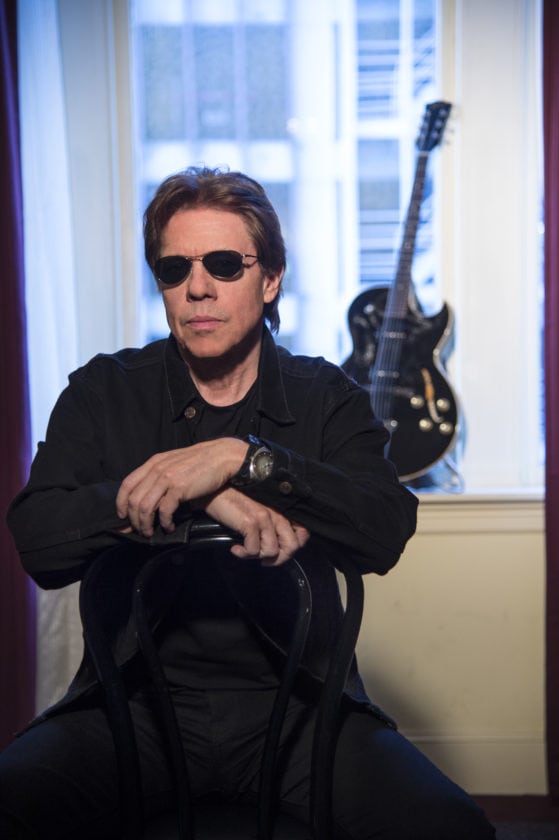 SUNBURY — Over the last four decades, George Thorogood has produced some of the most heavily-played blues-rock music of all time. With a fiery and distorted sound that blends his growling vocals with a roaring slide guitar tone, Thorogood and his band are well-known for hits like “One Bourbon, One Scotch, One Beer,” “Bad to the Bone,” “Move it on Over,” “I Drink Alone,” “Get a Haircut,” and “Who Do You Love?,” just to name a few. He’s released 16 studio albums, sold upwards of 15 million records, played over 8,000 live concerts, and has had his music featured on the soundtracks of 65 TV shows and movies.

Simply put, there are very few people who have not — in one way or another — been exposed to Thorogood and his “bar music” sound. Now, those in the area will get a chance to see the rocker and his high-energy show up close and personal.

This Saturday, George Thorogood and The Destroyers will be bringing their “Rock Party Tour” to Spyglass Ridge Winery, 105 Carroll Rd., with gates opening at 5 p.m.

Hailing from the nearby state of Delaware, Thorogood is no stranger to playing shows in Pennsylvania, having done so dozens of times throughout his career. But with most of those shows being played on the eastern side of the state, Thorogood isn’t sure how many truly-Pennsylvanian crowds he has played for.

“It is all the same when you are a rock fan, though,” he added. “There is really no nationality when it comes to rock music.”

Though his band has been touring regularly since first breaking out with their debut album “George Thorogood and The Destroyers” in 1977, the group has no plans of retiring from a life on the road anytime soon.

“The passion we have comes from the fans because the demand is still there,” said Thorogood. “As long as there is a passion from the people buying the ticket, then that passion rubs off on us — it is a two-way street.

“That is what keeps us driving,” Thorogood added. “The demand is still there, and if the demand is there then the desire is there with us.”

Having such a passionate fanbase is something that Thorogood attributes to his band’s knack for constancy. As years go on and other music styles come and go, Thorogood’s brand of rock music hasn’t required too much tweaking, so people know what to expect at one of his shows.

“I don’t want to say that our act hasn’t changed — it has evolved — but let’s face it, it is pretty consistent,” Thorogood said. “It is almost like when you come to the show it is like getting a really good rerun of a Lee Marvin movie or something; people just flick through all the stations and then they are like ‘Oh, yea, let’s watch this!’ It is like going to a restaurant and sitting down, and saying ‘Oh great, they have beer and cheeseburgers on the menu — let’s take that.’

“We have a passion for consistency that I think our fans are reacting to,” Thorogood added. “It is always nice to have a product people can rely on.”

Since Thorogood has played at all kinds of venues, including clubs, bars, fairs, arenas and everything in between, he said that his band is ready to adjust to whatever environment they come across. That should make his transition to playing on the 78-foot wide stage at the Spyglass Ridge Winery an easy one.

“There really is no comparison (between indoor and outdoor venues), it is just something that you have to adjust to when you get there,” Thorogood said. “If this show is in a field, then we will just need to have a field day.”

The rocker doesn’t have much preference between playing indoors or outdoors, so long as the group is able to put on a good show for those in attendance.

“All (venues) have their good points and their detractors,” said Thorogood. “You just have to enjoy the good things about it and work at the other things that might be working against you. It could be rainy or it could be like the gig we played a few weeks ago, where it as almost 100 degrees outside; it can be pretty tough to make something like that work.

“That is an issue that comes up with our band on a regular basis,” he added. “When you get a different set up, by the time you get used to the new stage the show is almost over and you have to get packed up and head onto the next town. It is a matter of adjusting on a daily basis.”

For the show this weekend, the opening act is scheduled to be the Williamsport-based Gabe Stillman Band. Though Thorogood doesn’t normally stray from his airconditioned tour bus for too long before a show, as he prefers to rest his 68-year-old body before going out on stage, he always makes an effort to listen to the opening act for some amount of time.

“Out of curiosity, I just go out and see if they will do something that might impress me or if I might remember how the audience is receiving them,” Thorogood said. “I don’t spend a lot of time out there, maybe just a song or two, because I don’t have the kind of energy to stick out the entire set.

“Sometimes I hear something inspired by my music,” he added.

For his setlist this weekend, Thorogood is sure to break out most of his well-known hits, but he will also try to mix things up from the last time he was in Central PA.

“We usually check it out to see what we played the last time we came through the area and then we make our alterations around that,” he said.

For the “Rock Party Tour” Thorogood will be donating one dollar from each ticket sold to the Leukemia and Lymphoma Society, so his fans can contribute to a great cause while catching a great show. He chose to donate to a cancer-related organization because, “(Cancer) touches all of us,” he said.

“We had been kicking around the idea that we should get involved in something that would contribute to the horrible and incurable diseases that affect people,” Thorogood said. “Of course, we wanted to start with the big one — cancer. People in our organization decided that we wanted to contribute to leukemia, and we have been working with them ever since.

“We like to say this — and sometimes this is sad — but we are all in this together,” said Thorogood. “We aren’t getting that much help from the government on these things, so the people need to take care of the people. That is what it boils down to.”

Even with thousands of shows under his belt, Thorogood never forgets the thrills that a rock show can generate and the feeling he gets while on stage.

“I am fond of saying that when you go to a rock show — more than any other show — for one moment during that show everybody is the same age, including the people on stage,” he said. “There is just that one magic moment when everybody is there. That is what makes rock so special.”