Must-haves for every comic nerd this holiday season 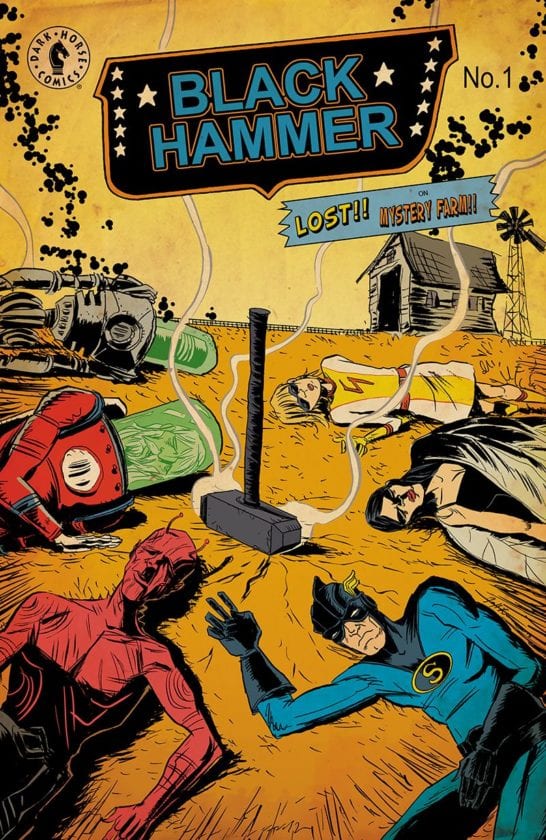 It’s the most wonderful time of the year. Not that we comic readers need more piles of stuff hanging about the house, but publishers and movie executives see the holiday season as a chance to really pounce on our reading, watching and buying sensibilities when it comes to new product.

Here’s my annual list of this year’s must-haves. (Somebody tell my wife I took off the Batman ’66 Lego set this year to make room for a bunch of smaller stuff.)

Teased this summer with a “commercial” for the new Starcourt Mall coming to Hawkins, IN, we see a familiar face in Steve and addition to the cast (maybe a love interest for him?) and also a nod to “Dawn of the Dead.” Yet with no release date on the horizon, it’s not to say we’re lacking in all things “Strange.”

Dark Horse is currently running a four-issue story of Willy Byers and his time in the Upside-Down, but so underwhelming was the first issue, I figured I’d wait for the trade.

On my list this year, however, is “Worlds Turned Upside Down.” It’s a behind-the-scenes look at the show featuring exclusive photos, concept art and commentary by the Duffer brothers. It’s even got a book cover that makes it look like it’s had some wear and tear from the last thirty odd years.

There’s also a tie-in novelization by YA author Gwenda Bond due out in February. It’s called “Suspicious Minds,” a prequel that features Eleven’s mother…

At the coffee shop, I’m known as the “DC Comics movie apologist.” Sure, the current spate of DC movies (Batman V. Superman, Suicide Squad, Justice League) don’t hold a candle to the box office bestsellers Marvel is putting out. That’s not to say they aren’t worth watching, I just happen to catch them once in the theater, rather than hopping back in line for a Marvel flick once I catch a post-credits scene.

That being said, I’m not sure how much I’m looking forward to “Aquaman.” I’m still used to the eighties Super Friends hero with the green pants and orange shirt. I’m not used to the shirtless, jacked, and tatted Jason Mamoa yet, though he was fun in Justice League. Keep it self-contained and not too dark, and you’ll have a winner.

And if you were thinking about double-dipping for holiday fun this year, there’s a swashbucklingly sassy Lego set featuring our hero, his enemy, and lady-friend. “Aquaman” is due out in theaters Dec. 21.

So, it should come to no surprise by now that one of my favorite writers is Jeff Lemire. I’ve been dragging my feet at picking up “Black Hammer” and am kicking myself for not getting into it sooner. Grabbing the Eisner for best new series of 2017, “Black Hammer” follows a group of heroes following a multiversal crisis, unable to escape the small town of Rockwood.

Lemire’s invented original characters (with help from artist Dean Ormston and colorist Dave Stewart) with a riff off old-school DC (and I’m sure Marvel) properties. There’s mystery afoot, as well as our heroes trying in vain to fit in.

What’s nice about this superhero universe is that it plays around with characters and ideas not overly typical for mainstream readership. Lemire and Dark Horse have also continued the story with a handful of spin-off series and off-shoots that all play in the same sandbox.

“Black Hammer: Secret Origins” is a good first dip into this new universe, available in trade. There’re currently five trades in the “Black Hammer” series, with another due out in April. There’s also a new library edition collecting issues 1-13, plus the Giant-Sized Annual.