Despite good performance by Harbour, ‘Hellboy’ remains a big disappointment 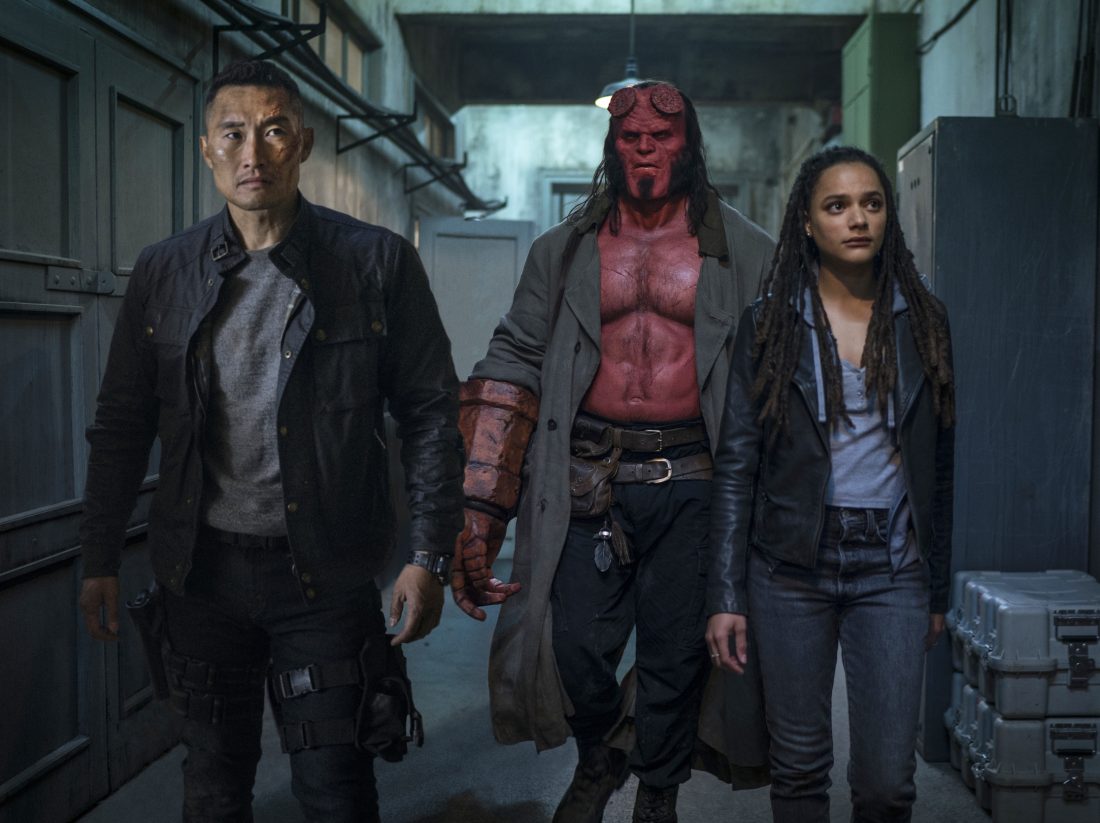 This image released by Lionsgate shows, from left, Daniel Dae Kim, David Harbour and Sasha Lane in a scene from "Hellboy." (Mark Rogers/Lionsgate via AP)

Never having watched a “Hellboy” movie, I went into this with an open mind. I didn’t have a bias on the fact it’s a reboot or that the actors were different. I just wanted to have a fun time and see some carnage unfold. Even without a knowledge of or love for the previous films, I still left feeling disappointed and can only imagine how a true fan if the series feels.

Hellboy (David Harbour), caught between the worlds of the supernatural and human, battles an ancient sorceress (Milla Jovovich) bent on revenge.

“Hellboy’ feels almost like a cash grab, aiming for some of the most die-hard fans. David Harbour (“Stranger Things,” “Suicide Squad“) does do a good job at playing an entertaining Hellboy. He’s funny, violent and sarcastic. Whoever decided it would be a good idea for Milla Jovovich (“Resident Evil,” “The Fourth Kind”) to be the villain in a film needs to be fired. She doesn’t fit the role and has never been a good actress in any movie. The rest of the cast is made up of mostly no names in the industry and none of them are really worth watching.

The CGI in “Hellboy” is some of the worst I’ve seen in modern-day movies. I’m not sure if the movie’s budget went all to Harbour and Jovovich to play leading roles, but it definitely wasn’t into the special effects.

I was excited to see some action and Hellboy demolishing people. Unfortunately, when all the action scenes in the movie look like they’re part of a cartoon, you tend to be turned off by it. The pacing in the movie is another huge issue. I felt as though the money for the film ran dry half-way through and they had to just wing it. The start of the movie feels good, but then for no reason, important parts of the plot tend to come and go so fast I was confused on what was happening in the end.

I really did appreciate Harbour and how much you could tell he really wanted this movie to be good, or at least his character. Even with his talent and acting skills, he still wasn’t able to avoid the awful dialogue written into this movie. Hellboy swears constantly over nothing just for the sake of him being Hellboy, everything characters say feels unbelievable and some characters talk way too much for absolutely no reason besides filler. The only reason to see this film in my opinion is if you’re a David Harbour fan, and I mean a incredibly loyal fan.

Hopefully the movie ‘“Hellboy” ends up in hell and stays there, where it belongs.