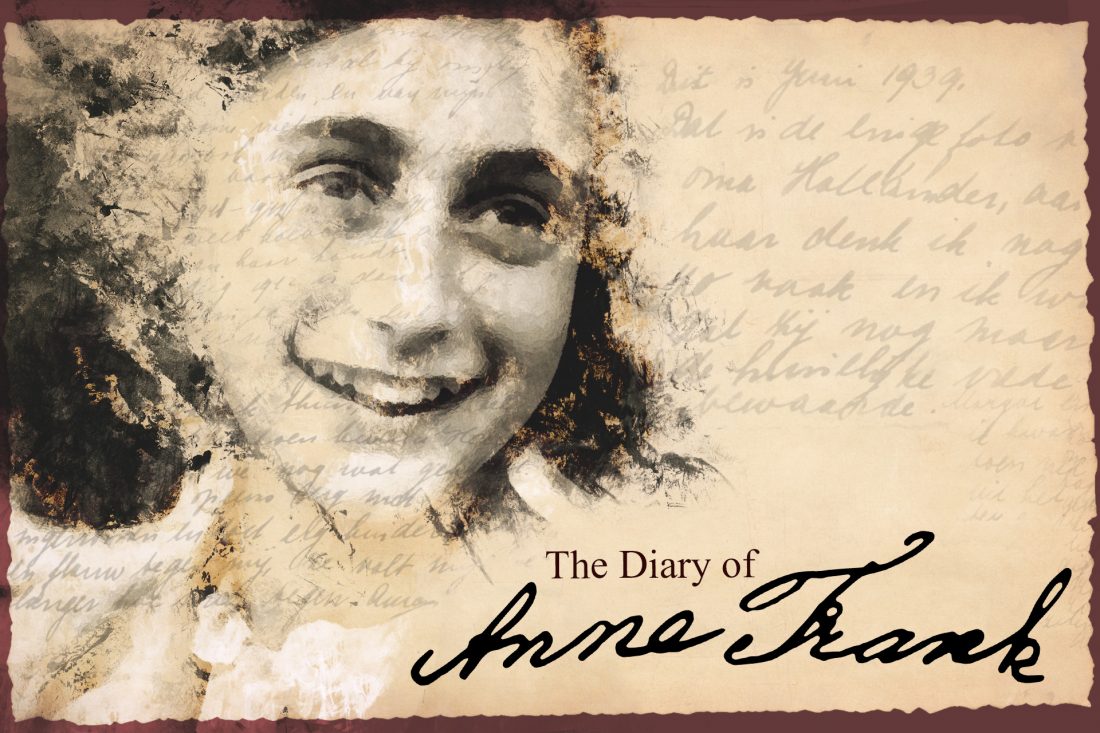 Christ Wesleyan Theatre Productions presents “The Diary of Anne Frank” at 6:30 p.m. June 13-14, with a 4:30 p.m. matinee on June 15. The dinner-theatre production will be presented at Christ Wesleyan Church Auditorium, 363 Stamm Rd (Entrance # 6).

The memoirs of the young Jewish girl forced to hide for nearly two years to escape the Nazis’ brutal persecution are somewhat familiar for many theatergoers. But Wendy Kesselman’s 1977 adaptation of the Pulitzer-Prize winning script, originally penned by Goodrich and Hackett, focuses upon previously unpublished portions of Anne Frank’s real life diary.

This version reportedly allows the audience to experience this youngster in a way that breathes life into this passionate, complex young woman.

Otto Frank’s family shares the annex’s cramped space with another Jewish family, the Van Daans, and ends up also taking in Mr. Dussel, a grumpy dentist. Their only contact with the outside world is an occasional visit from the heroic Miep, and from Mr. Kraler, who brings food and news.

After the Nazis discover the claustrophobic space and drag everyone off to a train leading to the death camps, the play ends when Otto Frank, the extended family’s sole survivor, returning to the empty Amsterdam annex. There the grief-stricken father explains what happened in an anguish-filled, moving epilogue.

Ryan Brosious directs “The Diary of Anne Frank,” having been in the director’s chair for CWC’s much acclaimed musical “Mary Poppins” last September.

Pastor Brosious, who has been directing Christ Wesleyan Theatre Productions since 2009, concedes this is not the typical light fare of musicals and comedies, but that “The Diary of Anne Frank” is an important story — one that needs to be told. Despite its tragic ending, he believes that Anne’s diary speaks to today’s audiences of hope, and the basic goodness of mankind.

Heading the cast are Grace Deitrick as the youthful, exuberant Anne Frank; and Fred Hooper as her father, Otto Frank.

Deitrick, the 18-year-old who will graduate from Meadowbrook Christian School later this month, has been in musicals since she was young. Although she has also been the junior director for approximately the last four years, “Anne Frank” marks Grace Deitrick’s first role in a play.

Fred Hooper is a veteran of not only CWC Theatre Productions, but also of RiverStage Community Theatre Group and the Courtyard Theater shows. Hooper states that the script paints Otto Frank as not only the good, devoted husband and father, but also shows him to be a broken man when returning to the empty annex at the play’s conclusion.

Parents may decide that some elements “may not be a good fit” for their children.

Had Anne Frank survived, she would have celebrated her 90th birthday on June 12, the day before this production opens.

As a dinner-theatre presentation, patrons have a choice of three entrees: chicken and beef, a vegetarian meal, or a gluten free offering. Doors open 45 minutes before the dinners are served.

Tickets are available at www.cwtheatre.org or The Well Read Bookstore.