Despite a few laughs, ‘The Hustle’ is pure agony 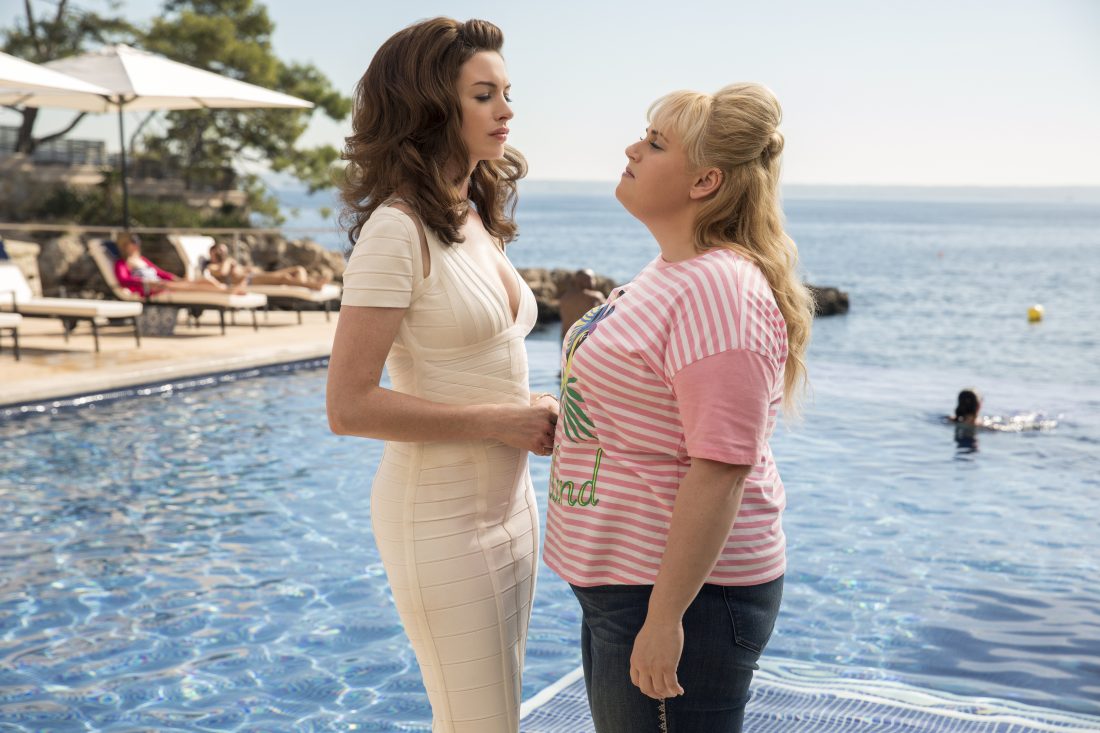 This image released by Metro-Goldwyn-Mayer Pictures shows Anne Hathaway as Josephine Chesterfield, left, and Rebel Wilson as Penny Rust, in a scene from "The Hustle." (Christian Black/Metro Goldwyn Mayer Pictures via AP)

As a long-suffering critic who’s reviewed many bombs and duds, here’s a little film-going tip: It’s not a good sign when a movie has seven writing credits.

This generally means they couldn’t figure out what to do with the thing, and just kept hammering away until it was as flat as foil. In the case of “The Hustle,” it’s also about as funny.

Next time you hear movie stars pontificate on politics or climate because they’re so very wise, ask yourself how two apparently savvy and affable actresses like Anne Hathaway and Rebel Wilson signed up for such a witless mess (though it’s possible the script once looked quite different).

“The Hustle” is a low-rent con movie hoping to set itself apart from films like “The Sting” by having female leads. Hathaway and Wilson play, respectively, upper- and lower-class con artists who alternately work together and fight each other through a series of scams; eventually targeting a young millionaire, they wind up competing for his money, and then for his bed.

If that sounds like a mish-mosh of elements wrestling against each other, well … it is. As the movie also tries to throw in a little real romance, “Hustle” can’t decide whether it’s a farce, a satire, a buddy film, a feminist tract or a love story. So of course it winds up being none of these; but its principal crime: It just isn’t funny.

It does offer a promising opener with some smart lines and laughs; but the rest of this is film pure agony, as both women — especially Wilson — struggle desperately to breathe life into this hopeless material; it’s like watching someone try to inflate a balloon full of holes.

At one point, for instance, when Wilson is angry at a beau, she declares, “I will withhold sexual favors for a year … or six months … or 24 hours … or until mid-day, I will not be open. As a shop.”

It wants to be funny; it sounds like it should be funny; but it isn’t.

Except for a workable story-arc and a few chuckles, there ain’t much hustle in “The Hustle.”

Unless you count the scam on folks who pay to watch this tripe.