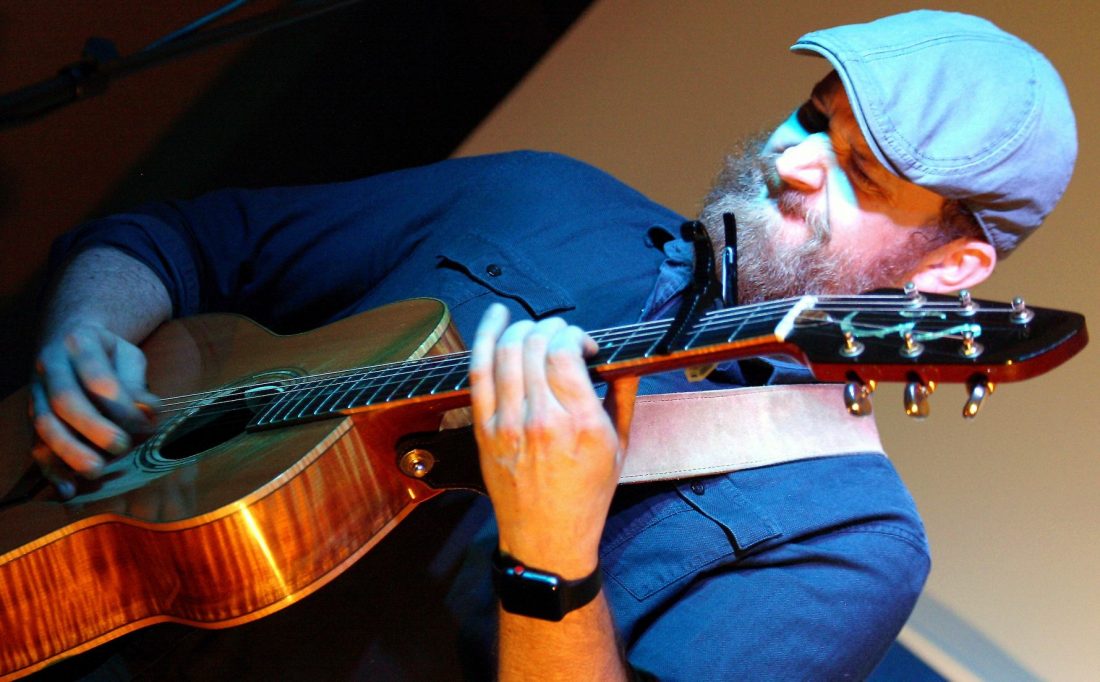 Sean Farley has a lot to celebrate. He is releasing a new EP titled “Raising the Grain” and will be hitting the road for a tour out west. It only makes sense that he should have a release party to share his hard work.

“There will be multiple music performances and I will play the songs on the EP plus my other tunes,” said Farley. “I will play about half the night so I can spend part of the night meeting and greeting.”

“Stacia Abernatha will do the opening set. We have become really good friends and we have done a lot of gigs together,” said Farley. He added that he will be performing with Lynn & Farley 5.

In addition to the music, there will also be food trucks. Derone’s Dynamite Dogs and Real Taste will be there since New Trail Brewing Company does not serve food.

“Raising the Grain” is Farley’s first EP release since 2017. “(In the past) I forced myself to sit down and write songs but I didn’t make it a priority. But I did that this time. I finally sat down and made myself do it. I sat for hours until I got something,” said the vocalist and musician.

The five-song EP is a bit of a road map of where Farley has been and where he is going.

“The hard part of being a musician is listening to yourself when you know you could be better. My voice, which is the most personal instrument there is, there is something vulnerable about that. I have settled on a voice that I am going to keep,” said the musician.

This deeply personal work is something the versatile musician is proud to share.

“I feel confident about it and accomplished. I feel renewed in a way. I played almost all the instruments on the EP,” said Farley.

While Farley is happy with the finished product, he concedes there is still more to be learned.

“I am far along but there is still room to improve,” he said humbly.

In addition to sharing the EP locally, the musician will embark on a 7,000-mile concert tour starting May 29. In addition to playing music venues, he will also be performing at music festivals.

“There will be 18-20 shows in Colorado and New Mexico. I will be doing four or five shows a week,” said Farley.

“Raising the Grain” is a metaphor for Farley’s work as a musician and as a certified luthier, a guitar builder.

“Raising the grain is the last step in preparing a crafted piece of wood for the finishing process. The guitar has been designed, shaped, and finish sanded, but before applying finish, the grain must be raised. This is done by using a wet rag and wiping the entire surface causing an expansion of the grains by absorbing liquid. Then you sand one more time and start applying your finish product. This feels symbolic of my current stage in life and career,” said Farley.

The 25-minute EP is diverse in subject and sound.

“The songs on this EP contain elements of my favorite sounds, genres, and instruments. The genres include blues, soul, rock, Americana, Celtic and even a little twang. Personal stories, experiences, love, travel, heart break, and new beginnings, have shaped the lyrics and grooves,” said Farley.

The five songs on the EP include “My Baby,” “No More Blues,” “Somewhere Else,” and “I’m Going and Green Blues.” The latter song is dedicated to Farley’s grandmother, Marilyn P. Kelly, who has been a musical inspiration to the artist.

All songs were written, performed and produced by Farley. Mike Brown recorded and engineered the EP at Temperamental Recordings Studio in Geneseo, New York.

For now, the EP is only available as a disc.

“This album will eventually be available on digital download and streaming mediums worldwide, but not until I sell enough physical copies to cover the cost of creating this project. The best way to support an artist is to directly buy their music,” said Farley.

The EP is now available for preorder through seanfarleymusic.com.