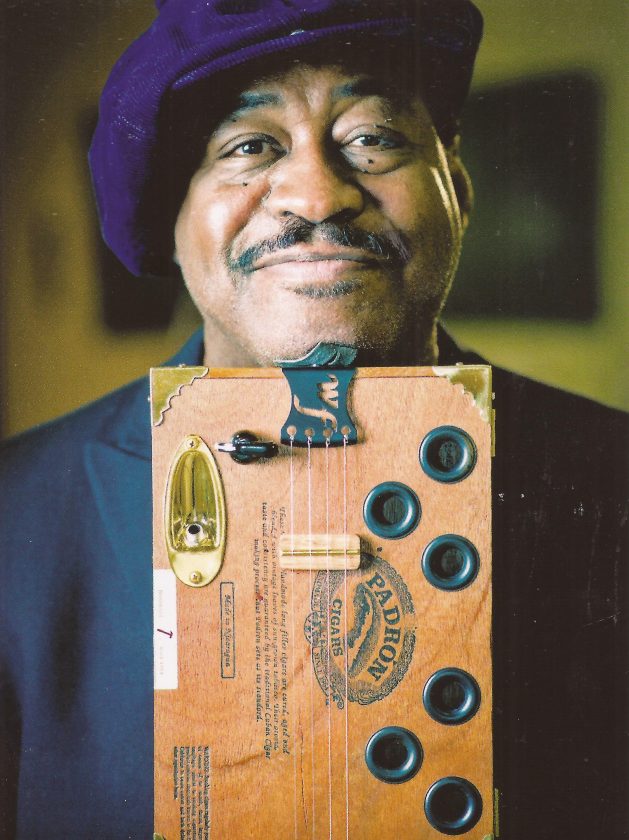 This year, UMC students will be given the great opportunity to learn from Electro-Fi recording artist Fruteland Jackson, who specializes in pre-war and post-war blues.

A 24-hour music marathon isn’t the type of thing you see every day. However, those in the area can at least see it once per year.

The Uptown Music Collective’s annual Blues-A-Thon is coming back to Williamsport for the 11th time. Scheduled to kickoff at 6 p.m. June 7 on Pine St., the two-day fundraising and performance event will end 24 hours later at Midtown Landing, behind the school’s facility. Those participating in the event include UMC students and staff members, area performers, and blues musician/educator Fruteland Jackson.

“We have formed many lasting traditions for our students, alumni and staff over the years. One of our most loved is the annual Blues-A-Thon,” said Dave Brumbaugh, UMC’s executive director. “Playing the blues for 24 hours builds an incredible bond between all of us, the Billtown Blues Association, our guest artists and our incredible community.”

Styled in the same format as Relay for Life, the Blues-A-Thon has UMC students ask their families and friends to sponsor them for a certain amount of time during the event. After starting out on Pine St. in the early evening, the fundraiser will move to Pine Square from 8 p.m. to 10 p.m. Then, students will migrate to Uptown’s facility, where they will play throughout the remainder of the evening. On June 8, the festivities will once again move back outside, when students hit the Midtown Landing stage at 11 a.m. and play there through the afternoon.

“The Blues-A-Thon is really an educational event that also raises money for our programs,” explained Brumbaugh. “It gives us the opportunity to share this important seminal music with all of our students and raise money to support our work at the same time.”

The Blues-A-Thon first came about over a decade ago, when Brumbaugh was looking for a new way to help get the word out about Uptown Music Collective. His initial idea was to play a 24-hour blues jam on one song with UMC’s students, which he was hoping could place the group in the Guinness Book of World Records. Though Guinness declined, saying that the record was not “general enough” and that not everybody could participate in the activity, Brumbaugh decided to do it anyways. After many changes, the event finally settled on its current format.

This year, UMC hopes to raise $5,000 through the Blues-A-Thon. That money will support two of the school’s free tech-based programs — the Tech Monkey Program and the iOn Uptown Program. The Tech Monkey Program teaches stage, sound and lighting tech skills, while the iOn Uptown Program focuses on video production. Brumbaugh described both as two of Uptown’s “most important programs.”

“Tech Monkey’s make it possible for our performance program to succeed on the level it does, and also gives younger students an opportunity to take part in the excitement of our live performances,” said Brumbaugh. “iOn Uptown offers students the opportunity to learn about the creation of video content while also helping to market our programs and performances.

“Although we don’t charge for either of these programs, they cost money to run, and so we rely on fundraising to make them happen,” he added.

Brumbaugh said that it is important for UMC students to learn about blues music because, “Its lyrics, melodies, harmonies and rhythms are the backbone of modern music.”

“Although it’s many generations removed at this point, the blues still echos in the musical sounds of 2019,” he added. “As educators, we know how important knowing your history is, and so we use this annual event to share the stories of the blues with our students and hopefully help keep this important part of the story of American music alive.”

This year, UMC students will be given the great opportunity to learn from Electro-Fi recording artist Fruteland Jackson, who specializes in pre-war and post-war blues. More than just a blues musician, Jackson is also a Chicago-based author, storyteller and oral historian. He’s been nominated for a Blues Music Award on three occasions, and was a recipient of the Blues Foundation’s Keeping the Blues Alive Award. He is also the creator of the Blues in the Schools program.

Jackson, who will open and close the event, is coming to the fundraiser with help from the Billtown Blues Association.

“Our partnership with the Billtown Blues Association is one of the key relationships for our organization. With their help, we have been able to give our students so many incredible opportunities,” Brumbaugh said. “Learning at the feet of people who have mastered the art is always the best way to develop your art.”

Other blues acts who will participate in the event with UMC’s students and staff include area favorites like Doug McMinn, Dirty Mojo, Gabe Stillman, the Becky Blue Band and The Cadillac Cats, to name a few.

“We are blessed with a great local music scene, and we are so grateful for the great blues musicians who come out and perform to help us raise money for our programs,” said Brumbaugh. “(They) make this event really special and we greatly appreciate all they do for us.”

For the first time, this year’s Blues-A-Thon will see UMC partner up with the city’s Recreation Department, which will be presenting its annual StrEAT Food Festival in Midtown Landing during the second day of the fundraiser. Though the StrEAT festival is scheduled to start at noon on June 8, UMC will be selling a limited number of “early bird” tickets. The tickets will give people access to the festival an hour earlier, as well as a $1 off coupon redeemable at any vendor, t-shirt and souvenir cup.

“(The partnership) came about by accident. However, we think it could be a really cool accident, and that it might raise our event to a new level this year by bringing in a bigger crowd on Saturday,” Brumbaugh said.

For more information and a full schedule of Blues-A-Thon events, visit uptownmusic.org.