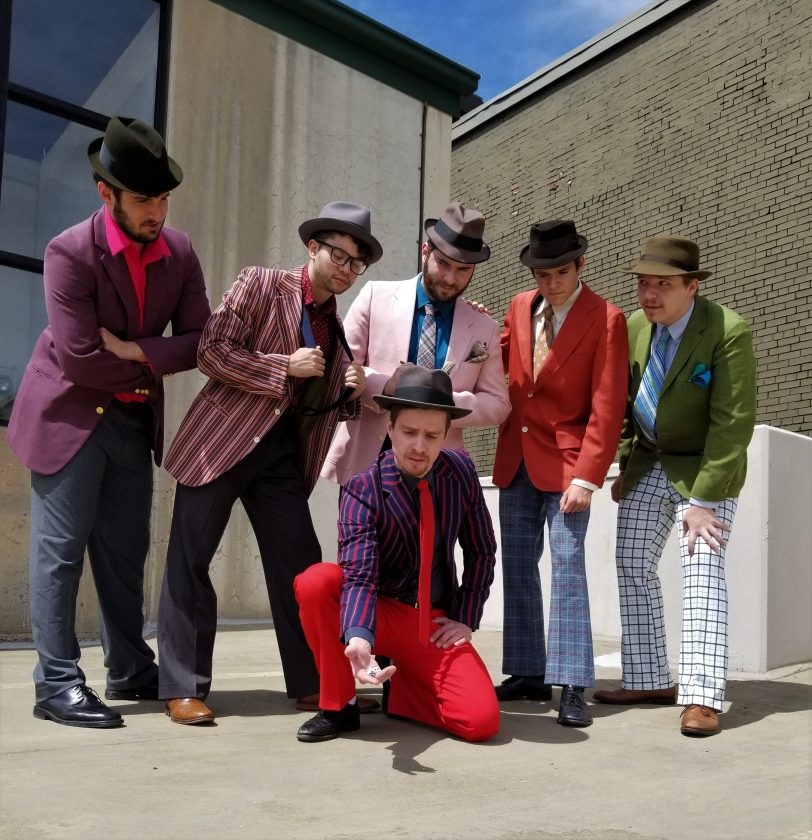 Anyone looking for an illegal floating crap game and a fun-filled musical fable should check out “Guys and Dolls” at the Community Theatre League.

Frank Loesser’s musical is a sure bet to amuse and entertain, as “Guys and Dolls” follows two high rollers and the long-suffering “dolls” who can’t help falling for them.

The two big betters are Nathan Detroit and Sky Masterson. Detroit is desperate to find a spot in the hustle and bustle of New York to set up his dice game. He also has to figure out how to put off his marriage to Miss Adelaide, his finance for the past 14 years.

Masterson, who will bet on anything, has his eye on Miss Sarah Brown of the Save-A-Soul Mission. Despite the unlikelihood of succeeding, if Masterson can whisk the straight-laced Sarah away to a dinner in Havana, he will win a bet with Detroit. Needless to say, a few things go awry.

Heading CTL’s cast of seemingly mismatched couples are Tim Hippensteel (as Nathan) and Desirae Mausteller (as Miss Adelaide); along with Ryan Workman (as Sky) and Katie Conklin (as Sarah Brown).

The snappy score includes a variety of familiar show tunes including “Adelaide’s Lament,” “A Bushel and a Peck,” “Sit Down, You’re Rocking’ the Boat” and “Luck Be a Lady.”

The hi-jinks of these lovable low-lifes are based upon the characters of Damon Runyon, with the action ranging from the exotic lounges of Havana to the sewers of New York City.

“Guys and Dolls “ brings this funny fable and all its colorful characters to life on the CTL stage with a wink of the eye, and an entertaining mix of songs, dances and delightful dialogue.