‘Mamma Mia!’ to be performed by RiverStage Community Theatre 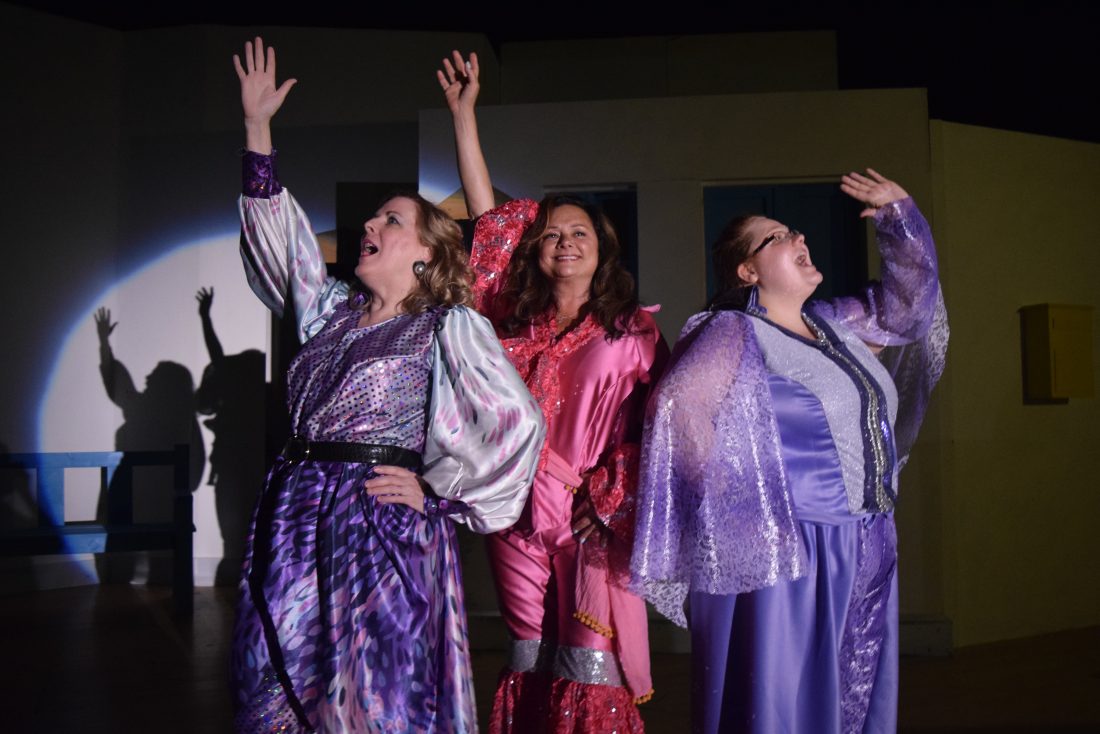 LEWISBURG — To commemorate its 50th production, RiverStage Community Theatre plans on whisking its audiences away to a picturesque Greek Island.

It’s not only a gala wedding that is being planned, but an entertaining spot where everyone can hear ABBA’s popular tunes.

RiverStage presents the internationally acclaimed musical comedy “Mamma Mia!” for a two-weekend run with 7:30 p.m. performances tomorrow and Saturday, and June 28-29, with a 2:00 p.m. finale on June 30 at the Greenspace Center, 815 Market St.

After obtaining the rights, RiverStage Board President Jove Graham says that, “We are just so excited to be among the first local theaters to bring it to the stage.”

Young bride-to-be Sophie sneaks a peek at her mother’s diary, and discovers the names of three men who might turn out to be her father. So without telling her mother, Sophie secretly invites all three of them to the island, hoping that her biological father will surface, and walk her down the aisle.

Receiving five Tony nominations, including Best Musical and Best Book, “Mamma Mia!” features 22 of ABBA’s timeless hits, including “Dancing Queen,” “Super Trouper,” “Take A Chance On Me,” “Lay Your Love On Me” and “The Winner Takes It All.”

Douglas Powers directs RiverStage’s production of “Mamma Mia!” which has been called “the sunniest of all musicals.”

“‘Mamma Mia!’ is so much fun. Sometimes you just need to see a big, over-the-top, crazy and funny show, and this really fits the bill,” Powers says.

Diane Scott is the show’s music director, with Pennye Padgett serving as choreographer.

The huge cast is headed by Jetta Harrison who plays Sophie, and Maureen Pagana as her mother Donna.