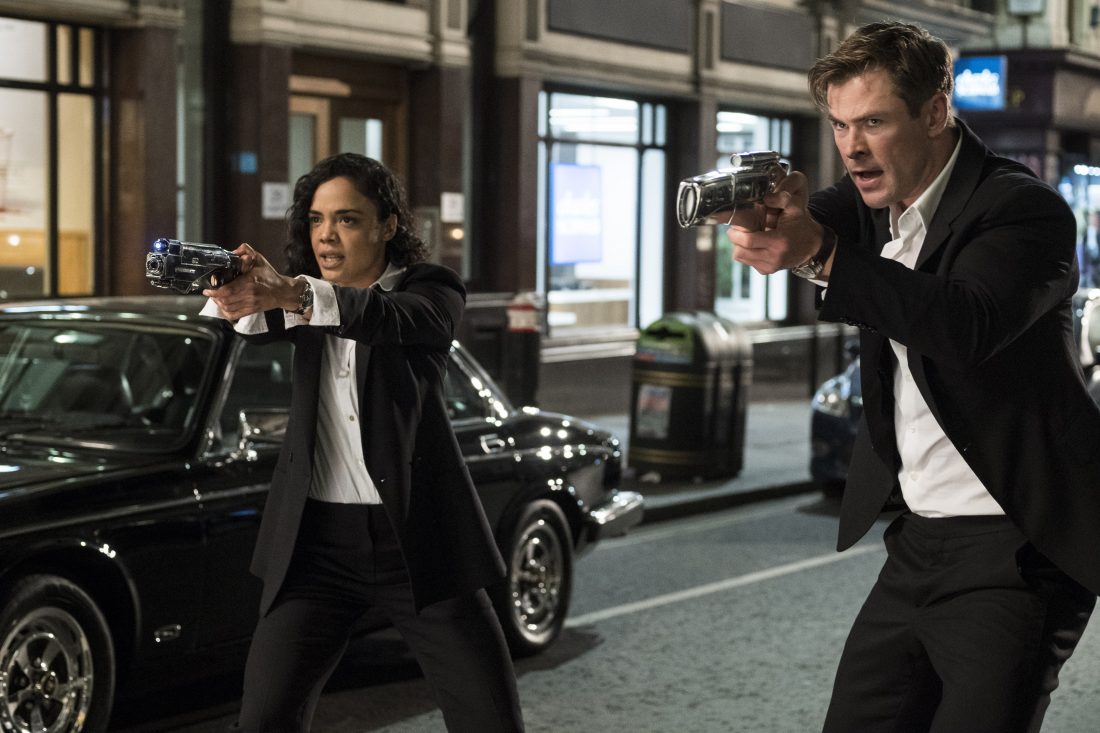 “I want another Men in Black movie,” said no one ever. “Men in Black: International” cashes in on the chemistry Hemsworth and Thompson had in Marvel’s “Thor: Ragnarok,” barely salvaging the rest of the film from becoming a train wreck.

Determined newcomer MIB agent, M (Tessa Thompson), and the suave Agent H (Chris Hemsworth) form an unlikely duo when two cosmic aliens try to get their hands on a weapon that can destroy planets. Set with a plethora of crafty gadgets and their wits, the two agents embark on a worldwide chase.

There isn’t a lot of good things to say about the film, but somehow it was still enjoyable. It must have been because of the co-stars who give a spike of life to an overall generic film. Hemsworth’s oaf-like nature is a nice contrast to Thompson’s smarts that makes for some pleasant banter. That same relationship can be found in their appearance in “Thor: Ragnarok.” This time it was not nearly as humorous or loveable; there were jokes, but seldom stirred more than a chuckle. Yet, it was unexpectedly enough to keep me in my seat.

Frustratingly, the entire film was only made for monetary purposes. It really shows. There is no trace of depth or care to be found at all in the movie. This can certainly be said for the story. Straightforward as can be, with a plot twist that can be seen from a mile away, the script was made without a second thought. The character motivations are extremely shallow and are may only be believable due to the actors behind them. The likes of Liam Neeson and Emma Thompson were a nice addition that spruced up the film a bit.

Unlike the other Men in Black films, this one’s world is not full of aliens at every corner. Who can forget when Will Smith shook that talking alien pug? What made the trilogy more enticing was that there were extra-terrestrials in all different strokes of life. There was an absence of an alien-filled Earth although the movie is labeled as “international.”

A classic case of a summer movie trying to make easy money, “Men in Black: International” is a spinoff that will soon be forgotten. A movie like this has been made countless times and will perpetuate to be made in the future.

There is absolutely no need to see the film, even if you are a fan of the series. But if you do find your way to the theater, it is not entirely a lost cause.