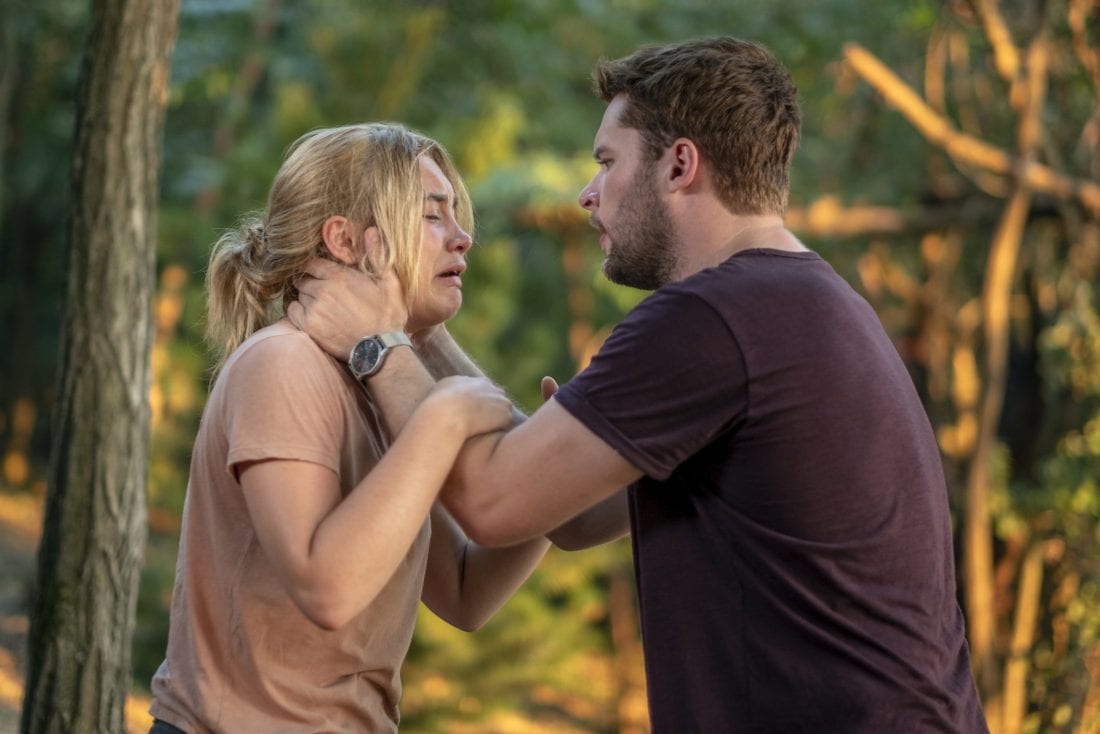 This image released by A24 shows Jack Reynor and Florence Pugh, left, in a scene from the horror film "Midsommar." (Gabor Kotschy/A24 via AP)

This is a bad trip in both the literal and psychedelic sense. After – the now established auteur – Ari Aster’s divisive 2018 horror film, “Hereditary,” his latest endeavor is even more polarizing. Overflowing with disturbingly shocking material (not in the appreciated sense), “Midsommar” is less of a horror flick, and more of a nonsensical mess — even more so a boring one.

After a true tragedy strikes Dani’s (Florence Pugh) family, her increasingly distant boyfriend, Christian (Jack Reynor), invites her on his friend’s planned trip to the Midsommar festival in Sweden. Once the group arrives, the rituals of the foreign community appear friendly at first, but then take a more demented turn.

This is certainly a film by Ari Aster. That means technically, the film is beautiful. The cinematography, the sound, and the production design all synergize for an engrossing environment. The cinematography in particular is so remarkable; every shot is a picture within itself. The color palette used for the film emits a dream-like vibe that perfectly suits the festival. Like the characters in the film, it helps the viewer get lost into Midsommar.

Another trademark of Aster is writing that allows for a powerful lead. Pugh gives her best work yet and pulls off a handful of heavy scenes that require true talent. Reynor, with the rest of the cast — including the conduit for comedic relief, Will Poulter — give some life to their characters that make them compelling.

Disappointingly, that is the peak of Aster’s writing. After a truly fantastic opening, I was hooked. My hopes were set high for the rest of the film, only to be extremely let down. The tragedy that Dani experiences, which is used to further the theme of grief, never resurfaces for the rest of the film. Instead, the theme of a broken relationship takes over — while thought provoking, it hurts more than it helps. The further into the film I got, the less I liked it. The film unravels into chaos with unnecessary disturbing material that is done for the sake of being disturbing. This is where the film being pitched as a horror piece does not work. It makes the viewer uncomfortable, but in the awkward/embarrassing way.

What made me the most uncomfortable, however, was how boring this film was. I was in my seat for nearly two and a half hours watching a movie that could have been an hour shorter. That is no understatement — scenes drag on and on with people standing, people sitting, and people walking that have no useful plot progression. This filler outwore its welcome ten times over. While the film warned to contain torture in the MPAA rating, I didn’t know I would be the one experiencing it.

Many will find “Midsommar” to be more than they can handle. It is not a film for the faint of heart, as the willpower to make it through the abrasive content and absence of purpose is demanding. Fewer will find thorough enjoyment. No one will be able to forget the film’s climax; it sure is a nasty one.