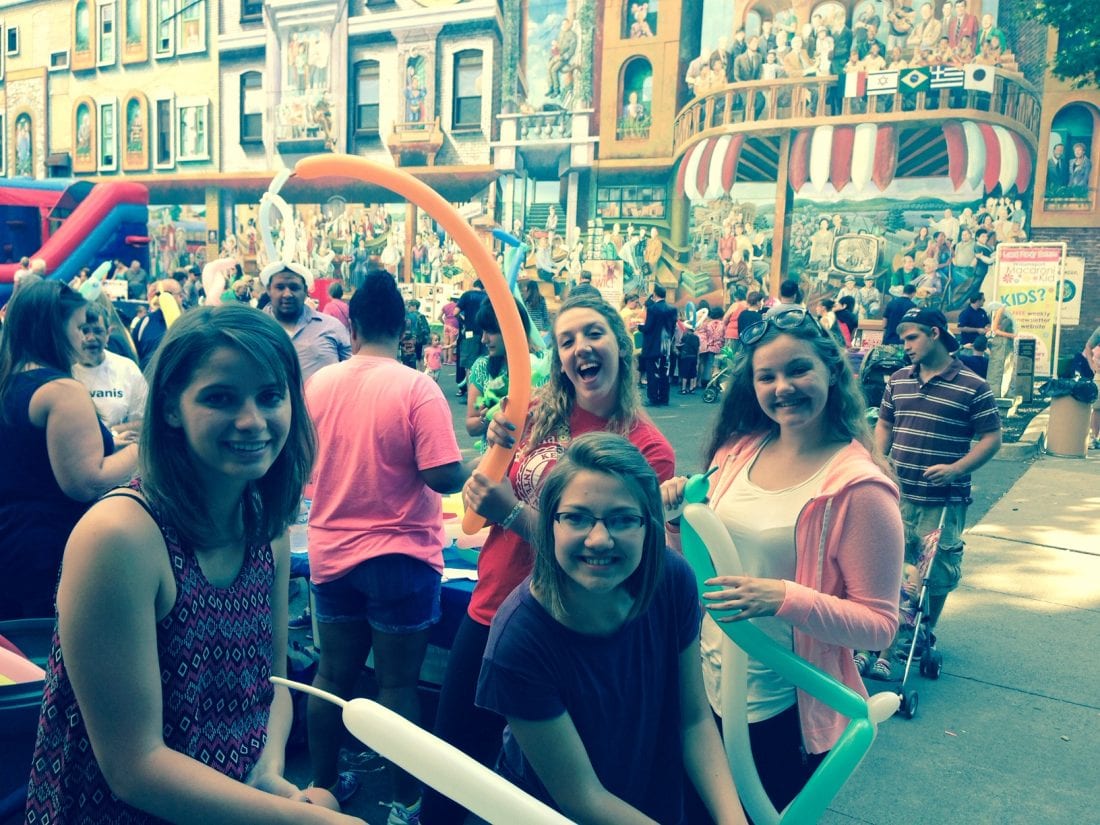 After getting rained out last year, Kids First Friday will return to Williamsport for the 11th time tomorrow evening. Fortunately, the weather report looks a lot more favorable this time around — the National Weather Service in State College is predicting a “mostly sunny” day, with a high near 85 degrees.

“We were certainly disappointed to cancel last year, but when it is raining this just isn’t going to work,” said event co-founder Mike Barclay, of the Kiwanis Club. “That is just something that happens when you do an outdoor event.

“We are praying that it doesn’t rain this year,” Barclay added.

Located in the mural parking lot beside the Bullfrog Brewery and in the middle of Fourth Street outside the Community Arts Center, Kids First Friday is scheduled to run from 5-7:30 p.m. The event will see many stands set up with children’s activities, games, prizes and food. It will also include information on many helpful organizations that could be of benefit to the parents in the crowd.

“It gets to be a nice community event,” said Barclay. “For the children, it is something fun for them — they can do something fun with their families. But for the parents, they get that extra piece of seeing some organizations that could potentially help their situation; there might be something they don’t know about that is available to them.”

Some of the attractions that children can look forward to at Kids First Friday include a bounce-house, inflatable basketball hoop, the James V. Brown Library Storymobile, and a city firetruck. The event will also see a Burger Burn and the Lions Club will be selling their famed french fries.

A few of the 20 organizations that are scheduled to be in attendance at the event include the YMCA, Salvation Army, Little League, Lycoming County Historical Society and West Branch School. Each of the groups involved will have their own table set up with an activity for children to enjoy, and valuable information for the parents soak up.

“The carrot is to come let the kids have a fun time, but then the important stuff is to get these organizations in front of the people,” Barclay said.

Barclay stressed that none of the groups participating are permitted to sell anything — the only things for sale will be the french fries and burgers, which help to underwrite the cost of running the event. If food sales end up generating more money than it costs to hold Kids First Friday, whatever money is leftover gets donated to a good cause. In the past, he said those donations have gone to the YMCA, Salvation Army and James V. Brown Library.

“It really is not a fundraiser, it is more of a self-sustaining thing,” Barclay said. “Basically, the whole event is free.”

“It involves work — these things don’t just come together without work, and they wouldn’t be successful without work,” he said. “But the event is satisfying, particularly since we have done it for so many years, kind of everybody knows what to do.

“It falls into place, and it is not as hard to pull together anymore,” Barclay added.

Interestingly, some of the children that were very small during the first few years of Kids First Friday are now members of the Key Club at Williamsport Area High School, which helps run the Kiwanis table at the event. Barclay said he can’t believe how much time has passed since the inaugural Kids First Friday.

“It feels like it’s only been five years,” he said.

Since the event originated by piggybacking off of the First Friday program held by the Lycoming Arts Council, Barclay said they owe a debt of gratitude to that organization. He also mentioned that this is “one of the highlights of First Friday for the year.”

“We want to help bring more people downtown to help with (Lycoming Arts’) event, too,” he said. “It’s fluid — the people don’t just stop at our event, they will go down the street and see the other stuff.

“It’s important to put together a giant event to get the community together, to see your neighbors and enjoy a nice summer evening downtown,” he added.