Summer tour will bring Breaking Benjamin back to PA 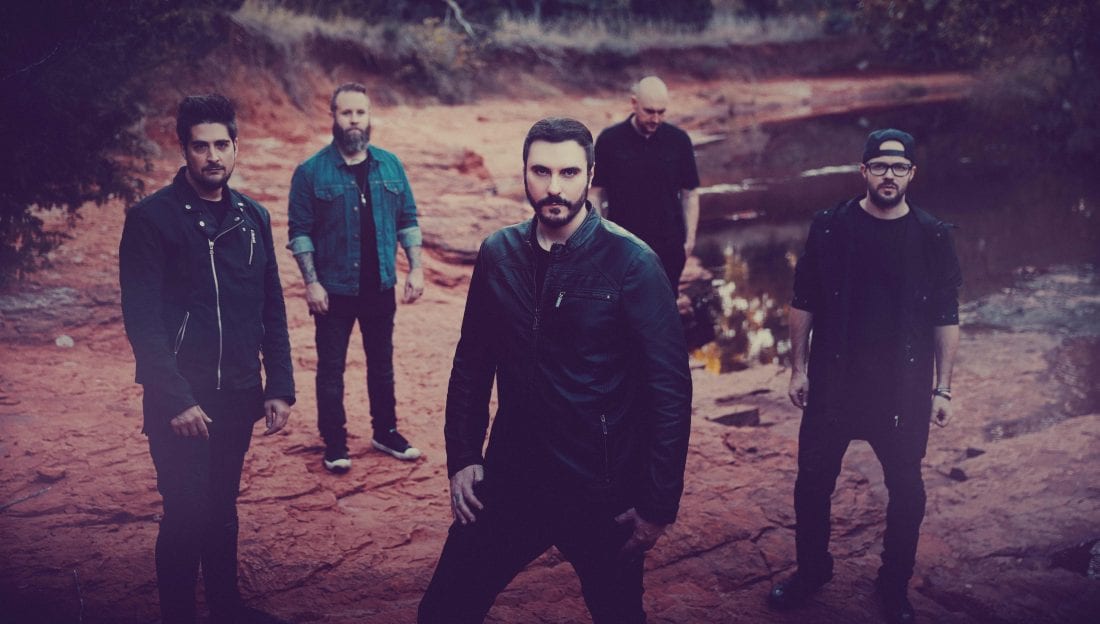 Ben Burnley is a musician who needs little introduction in Northeastern and Central Pennsylvania. For nearly 20 years, he’s fronted the wildly popular hard rock band Breaking Benjamin, whose tracks continue to get regular rotation on stereos all over the area.

With the band’s original configuration forming in Pennsylvania before gaining national and international attention, local fans show up in droves anytime Breaking Benjamin makes a return to the state. This summer, those fans will get three chances to do just that, when the group plays shows in Pittsburgh (July 26), Hershey (July 27) and Scranton (Aug. 10).

After taking a short break following their last tour, Burnley said he and his bandmates are excited to be getting back out on the road.

“We have just been riding the wave, and we are very grateful to our amazing fans,” he said. “We kind of have just been along for the ride, and have been enjoying every minute of it, man.

“We want everybody to just have a really, really good time,” added Burnley. “So, we are just out here giving 150 percent and having a good time doing it. It is just a blessed and amazing life, and we are all really grateful for all of the support we have gotten to be able to do that.”

Though he was born in Ocean City, New Jersey, Burnley moved to Pennsylvania when he was 12 years old, and he has always considered the state to be his home. Because of that, he relishes any opportunity he gets to come back and play for the fans that helped propel his career forward.

“That area is really special to the band, because that is where we broke out of. That is where everything started to happen for us on a larger scale,” Burnley said. “We are always going to be grateful to that area for that, and grateful for what it gave us.

“I don’t think that we would even be doing anything if it wasn’t for the initial support we got from that area,” he added. “We owe a lot to the people in it that were key players in us being able to get our foot in the door.”

After returning to music in 2014, following a four-year hiatus, Burnley and a newly configured Breaking Benjamin were welcomed back with open arms by fans. The group’s last two albums, “Dark Before Dawn” (2015) and “Ember” (2018) have both been massively successful, with each reaching No. 1 on Billboard’s U.S. Rock and U.S. Alternative Rock charts. Because of that success, Burnley said the band sees rowdy crowds at every show they play, regardless of where that show might be. But he does have a special bond with Pennsylvania crowds.

“Whenever you do a home show, you always have that unspoken camaraderie with the fans — they know that they were the first to discover the band,” Burnley said. “There is that sort of aura and feeling in the crowd.

“There is an aspect of pride, I think, that the area has with the band,” he added. “They are aware that people feel the way they do about the band everywhere else because they were the ones to put the band on its feet to take it from there.”

With Burnley being the only constant in Breaking Benjamin through its two-decade history, the group has endured many configurations through the years. The band’s other members now include Jasen Rauch (lead guitar), Keith Wallen (rhythm guitar, backing vocals), Aaron Bruch (bass, backing vocals) and Shaun Foist (drums, percussion). Burnley feels that, of the many different versions of Breaking Benjamin through the years, this is the most talented bunch of guys he has played with.

One of his favorite things about the newest additions to the band, is that he now has backup vocalists for records and live performances — something he has never had before.

“They are incredible singers and they deserve to show their talent. It would just be a waste of talent if they didn’t,” Burnley said. “That is one reason why I have them sing, just to show people how amazing they are. And they really, really are.”

Having background vocalists also has two big advantages: It allows the band to perform heavier songs during their sets, and lets them play for much longer. That’s because the vocals for songs that involve a lot of screaming have been handed over to Bruch, who Burnley says is “an amazing screamer.”

“We will do songs that normally, for me, I wouldn’t be able to do every night,” Burnley said. “A lot of people understand what touring is, but they don’t understand that, when you do something every night, it can wear down on you.

“They only know the show that they go to, they don’t see the rest of it,” he added. “The human throat can only withstand so much, so with spreading that out some, we are able to keep the quality of our show up.”

But no matter who he is playing with, Burnley’s music seems to always resonate with fans. Though he doesn’t know exactly why that is, he said that he always tries his best as a songwriter to convey something that is real and that a lot of people can relate to.

“That’s why I try to make the songs that I write vague, but still have a message in them — so that it’s not so tunnel-visioned that it only appeals to one type of feeling or mindset,” Burnley said. “I try to broaden it out, but take it from a very real place.

“I think that’s something that people attach to for comfort, because even I attach to it for comfort,” he added. “I think that there is comfort in sharing a feeling that somebody (else) is feeling themselves, so that they can feel like they are not alone.”