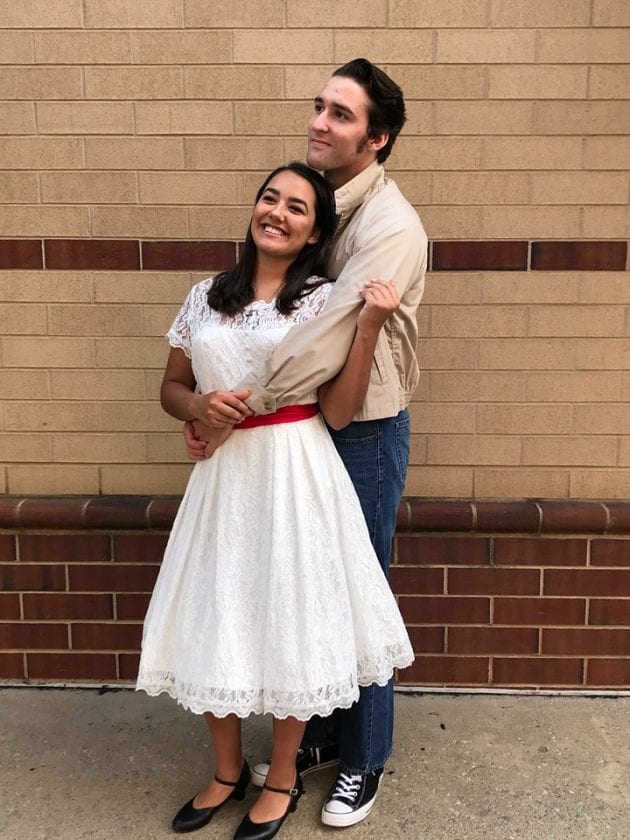 For the Jets and the Sharks, the turf in New York City’s Upper West Side is a battleground worth fighting for.

Willimsport’s Community Theatre League presents the powerful musical drama “West Side Story” for five performances over one weekend, with 7:30 p.m. shows on July 18-20, with 2 p.m. matinees on July 20-21.

The Summer Youth Intensive production will be presented on CTL’s Main Stage at the downtown theatre, 100 West Third St.

“West Side Story” was a ground-breaking musical as Shakespeare’s familiar tale of “Romeo and Juliet” is transported to modern-day New York City, as the star-crossed lovers are caught between the bitter rival gangs, the American Jets and the Puerto Rican Sharks.

With book by Arthur Laurents and music by Leonard Bernstein, “West Side Story,” set in 1957 on the West Side of Manhattan, features stirring lyrics by Stephen Sondheim.

The show is distinctive in many aspects, not only because of its romance and rumbles, but also as there is two sets of leads. Heading the cast as the modern day Romeo and Juliet are Rhys Kauffman playing the former Jets leader Tony, with Sacha Alvarez as Maria. Aubyn Johnson plays the Sharks leader Bernardo, with Sydney Panikkar as Bernardo’s girlfriend, the fiery Anita.

All are caught up in the violence and hatred of the revenge-seeking modern day Montagues and Capulets. In principal roles, Nash Dawson plays Tony’s best friend and current Jets leader Riff, and Tevita Kalamafoni is Maria’s intended suitor Chino.

Sponhouse emphasizes that “West Side Story” as a Summer Youth Intensive Production is the only show offering roles, not only to area high school students, but also to the many talented college performers home for the summer months.

Wynn notes that the score features some of the most soaring and sophisticated tunes of any modern Broadway musical. The familiar songs range from Anita’s proud song-and-dance number “America,” and Maria’s gleeful “I Feel Pretty,” to the promises of “Tonight,” Tony singing the beautiful name “Maria” and the humorous “Gee, Officer Krupke.” Singing the soaring “Somewhere” is the ensemble’s Destiny Lopez.

Gailit’s choreography infuses urgency, from the finger-snapping opening, to the gangs stalking each other at the dance at the gym, and finally during the senseless rumble, which leads to the tragic conclusion.

The show’s pivotal fight choreography is coordinated by Dan Burke, a professional from the Harrisburg area.