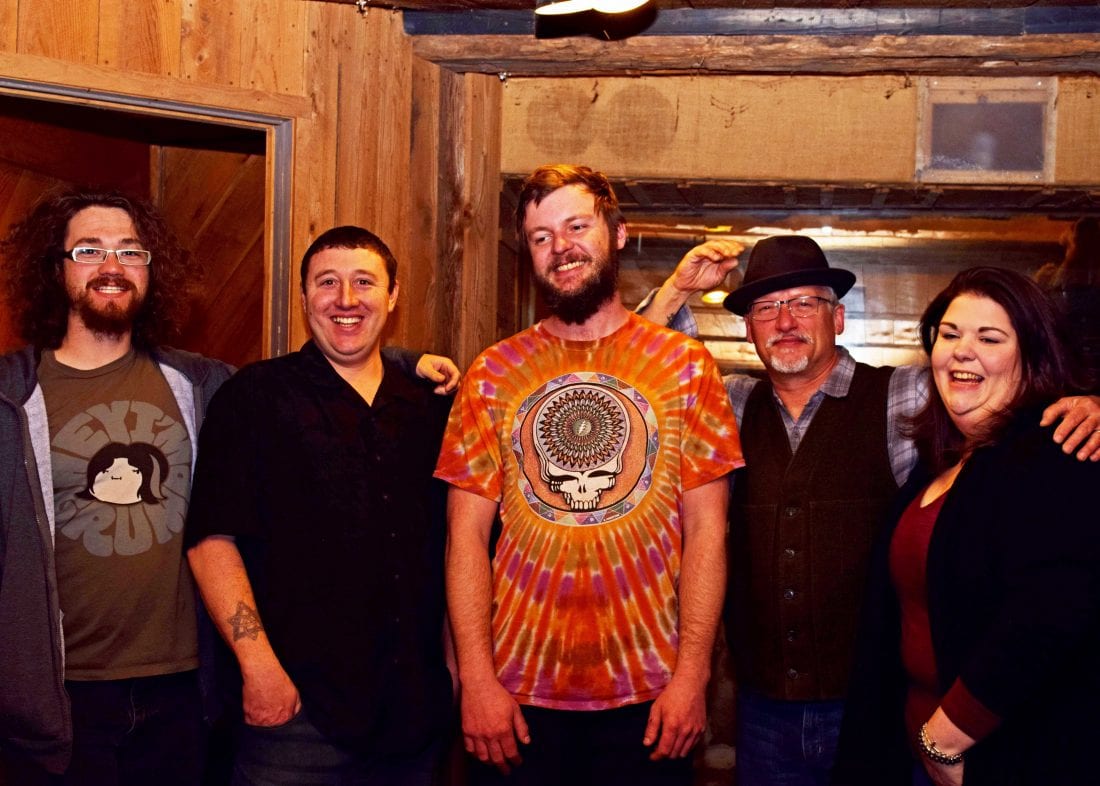 For the last six years, a Williamsport-based five-piece band called the Cadillac Cats has been playing an eclectic blend of blues-based music throughout Central Pennsylvania.

Featuring a very diverse repertoire, the band has the ability to draw influence from a number of styles, including R&B, rock, country, and particularly blues, which is at the forefront of this high energy combo. The band plays a wide range of songs at their live shows, and audiences can always expect a steady dose of the blues for each performance.

“We’ve played many if not most of the venues in the area and it’s always a lot of fun,” said vocalist and harmonica player Dave Thompson. “People in Billtown know their blues, so we feel pretty blessed to be able to do what we love here. In fact, our song ‘Billtown Blues’ pays tribute to many of the awesome places we’ve played in the area.”

The Cadillac Cats formed in 2013 when founder and guitarist Blair Mitcheltree returned from Memphis after competing in the International Blues Challenge as a member of the acoustic duo R-Way. He decided he wanted to return to Memphis and compete in the IBC leading a high-energy, electric blues band.

“The name came to him on the ride home with Shawn and Gary Strickland of the band Dirty Mojo,” Thompson said. “They just thought it had a bluesy ring to it, combining the elegant and the hip — just like my main man Muddy Waters!”

Most of the Cadillac Cats come from Williamsport and the surrounding area, but when Thompson moved here in 2004, he saw how active the blues scene was and put an ad in the Sun-Gazette, looking for musicians to play with.

“Fortunately, I connected with some established blues musicians and have been involved ever since,” he said. “That said, the Cadillac Cats has been the most musically satisfying band I’ve been in.”

Primarily known as a blues band, the band’s collective members have wide-ranging influences — everything from jazz and world music to country and rock and roll.

“Instrumentally, the Cats follow a traditional electric blues lineup — guitar, harmonica, bass, drums, and vocals,” Thompson said, “but we’re unique because of the different styles everyone brings to the plate.”

Thompson said drummer Urie Kline and bassist Scott Myers are two of the best he has ever worked with.

“Their influences are vast, and they can play anything,” he said. “Sometimes, I’ll get so wrapped up watching them that I forget to play my own part — like I’m hypnotized.”

Their lead vocalist Becky Wool has a country music background, but she can sing the blues like nobody’s business.

“She gets better every day, which is kind of scary!” Thompson said. “And she can drive a truck and lug equipment around with the best of them.”

Thompson and Mitcheltree however are blues guys through and through.

“We know the language and when we’re on stage we do some serious communicating, musically,” Thompson said. “Blair is a blues animal and the absolute heart and soul of the band. I love blowing harmonica and singing when that guy is playing guitar.”

Mitcheltree already had music in his blood, as his earliest influence was his grandfather Howard Webber, who played in country and rock and roll bands in the Williamsport area during Mitcheltree’s childhood. His later influences included Stevie Ray Vaughan, BB King, Albert King and Eric Clapton. This shows in his guitar playing, which pays tribute to all those great bluesmen.

Following in his grandfather’s footsteps, Mitcheltree played in numerous Williamsport area bands over the years: R-Way, the Nobody’s, Riverside Blues Band, and KG+3. His vision for the Cadillac Cats soon came while returning from Memphis after competing in the IBC.

The rhythm section, Myers and Kline, have experience well outside the blues genre. Myers has played everything from punk to bluegrass and counts Motown session bassist James Jamerson, Victor Wooten (Bela Fleck and the Flecktones) and local bass master Tim Breon as his main influences. He has a funky side that almost bursts out in his playing.

Kline counts jazz pioneer Papa Jo Jones, Steve Gadd, Indian tabla player Zakir Hussain and Latin percussionist Giovanni Hidalgo, among those who inspire his playing. His drumming is quirky and expressive but always tasteful and right where the band needs it, regardless of the tune.

Wool sang in country bands for much of her career, including All-Most County and the Corral. However, she loves the blues and can sing it with the best of them. Her influences include Patsy Cline, Koko Taylor, Ray Charles, Mavis Staples and Aretha Franklin.

A dedicated bluesman, Thompson was influenced by blues legends and learned to play the harmonica by absorbing the sounds of Sonny Boy Williamson II and Little Walter; but he also counts modern players such as RJ Mischo, Paul Butterfield, Mark Wenner and Steve Guyger among the many harmonica masters who helped shape his sound. He competed in Memphis at the 2011 International Blues Challenge as a member of Miz Ida and the All-Nightas.

“We are a blues band and people who come to see us will hear the blues and plenty of it — Muddy Waters, John Lee Hooker, Etta James,” Thompson said. “But we’ll throw some Chuck Berry, Hendrix, and Aretha Franklin in there, too, just for fun.”

The band also does a nice mix of covers and originals.

“Right now, we’re putting an emphasis on writing our own material,” Thompson said. “Our goal is to get some recorded original music out there that people can take home with them after our shows.”

The Cadillac Cats will be at the Victoria Theater in Blossburg on Aug. 9 for the 4th Annual Blues at Bloss. On the following night, Aug. 10, they will be playing their summer Hiawatha Blues Cruise. Check them out on Facebook (https://www.facebook.com/kgcadillaccats) and Reverbnation (http://thecadillaccats.com) for the latest updates.

The Cadillac Cats can be found playing their unique brand of blues throughout Central PA and beyond — wherever they can bring the blues to new people and help keep this great American music alive.

“We’re going to continue doing our part to keep the blues alive in north central PA and beyond,” Thompson said. “We’ve been recording, so we’ll have music to share with our extended Cadillac Cats family in the near future. Stay tuned!”