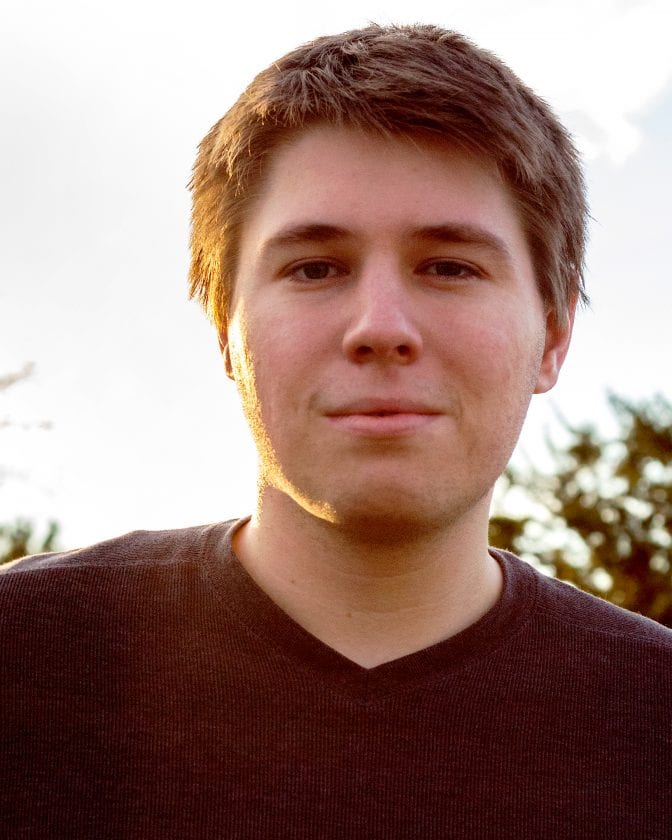 It is a bit unusual for an actor to also be a top-notch golfer. It’s also true that, although Tim Vasey is an accomplished actor, he only played a golfer in a recent Millbook Playhouse production.

Born in Bloomsburg, Vasey currently resides in Lewisburg. His earliest memory of performing was as a kid, when he played with his mother’s video camera.

“My sister and I would create little plays and movies, which we would record and show to our parents,” Vasey said. “I enjoyed being behind the camera, but since there was only the two of us, I also had to act in these home movies to create the story.”

A 2012 graduate of Lewisburg High School, Vasey worked backstage as a Freshman. As an upper classman, he auditioned and was cast in each of his school’s spring musicals (“Lil’ Abner,” “The Drowsy Chaperone” and “Dirty Rotten Scoundrels”).

After high school, Vasey turned his attention to filmmaking while attending Lycoming College.

He graduated in 2016 with a degree in Film and Video Arts with a minor in Music.

Vasey says that, although he was not active in Lyco’s theatre department, he was heavily involved with the music ensembles, primarily choir and concert band.

His most recent community theatre role was in the Community Theatre League’s production of “Company,” after earlier tickling funny bones playing Moonface Martin in CTL’s “Anything Goes” and as Jack in “Into The Woods.”

Other community theatre credits include “1776” for the Courtyard Theatre, and “Joseph and the Amazing Technicolor Dreamcoat” for RiverStage Community Theatre.

Vasey also performed in the Calvary Theatre Group’s “My Son Pinocchio” and “Annie.”

As a professional actor, Vasey made his Millbrok Playhouse debut earlier this summer playing the expert golfer in “The Fox On the Fairway.”

Vasey also performed in the National Historic Theatre’s productions of “A Gift for Christkindl” and “Our Amish Cousins.”

When asked about favorite roles, Vasey replied that he had the opportunity to be a part of not one, but two productions of Disney’s “The Hunchback of Notre Dame.” (He played in both the Pennsylvania Theatre of Performing Arts, and the Community Theatre League’s versions).

“That was one of my favorite movies when I was younger, and to bring it to life on stage was a true blessing,” he said.

His interests include playing the trombone, and creating video promos for Bloomsburg Theatre Ensemble and the Community Theatre League.

Vasey acknowledges that there is a lot of great theatre opportunities in this area not only for performers, but also for patrons, and volunteers.

“Most of what I’ve learned over the years comes from having some amazing mentors and friends whom I’ve had the pleasure of working with in multiple shows. Every time I perform, I learn something new about myself and improve my abilities by listening to the advice of those around me,” he said.

Vasey is a versatile, talented performer and although he’s not sure what the future has in store for him, he smilingly admits, “I’m guessing it’s be something in entertainment.”