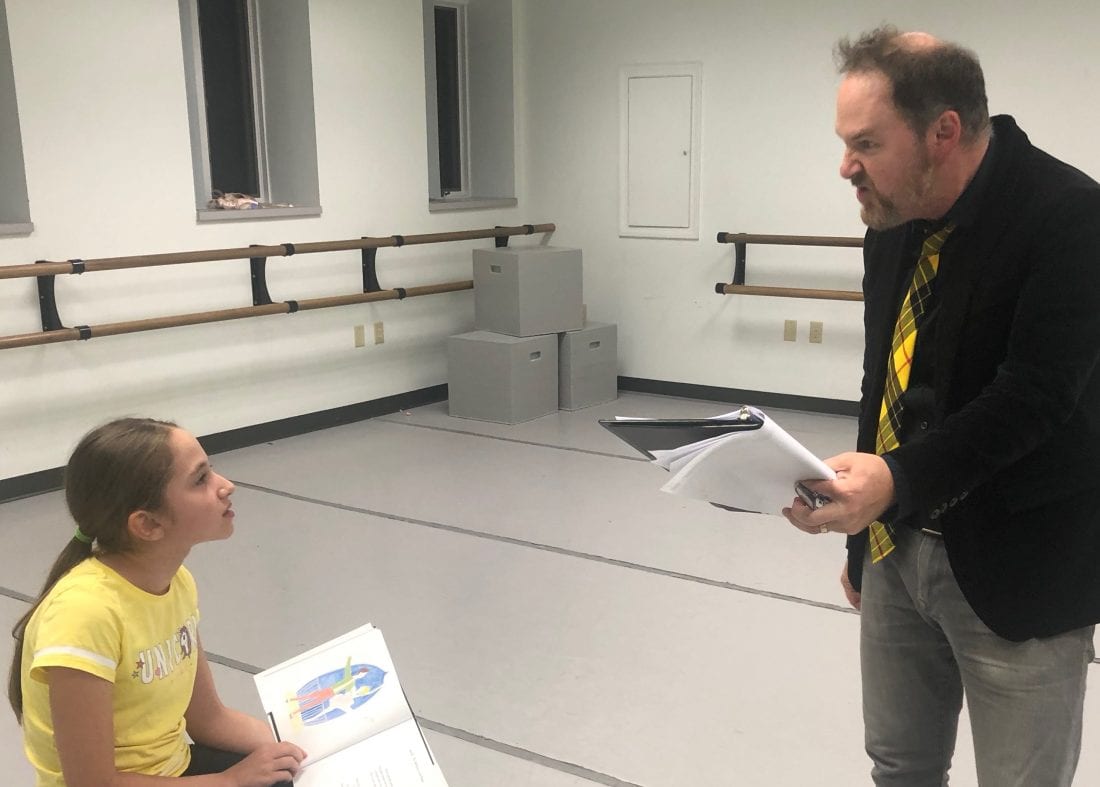 UNIVERSITY PARK — What do you call a spunky little girl who finds friendship from a teacher and her fellow students while overcoming all obstacles with her amazing powers? You call her “Matilda.”

FUSE Productions presents “Matilda” at 7:30 p.m. Sept. 5-6, with a 2 p.m. finale on Sept. 7. The family-friendly musical is staged at Schwab Auditorium.

Based upon Ronald Dahl’s 1988 children’s novel, “Matilda” as a stage musical has been both a popular and critical hit. After winning several Oliver Awards during its long run in England’s West End, the musical headed to Broadway, and won the coveted Tony Award for “Best Book of A Musical.”

Headquartered at 1108 S. Pugh St., State College, FUSE Productions has flourished in recent years under the leadership of Richard Biever.

After overseeing the adult-oriented musicals of “Sundays In the Park With George” and “Jesus Christ, Superstar,” Biever now focuses upon the energetic youngster, her winsome classmates, and their teachers who are featured in “Matilda.”

But the show is not really directed at tykes, as “Matilda” features some twisted humor, a few evil characters — notably Miss Trunchbull — and a relatively long running time of two and one-half hours.

Biever said that “Matilda” is an astonishing little girl possessing wit, intelligence and psychokinetic powers. He is rightfully excited that this production marks the area premiere of “Matilda” in Northcentral Pennsylvania.

Biever directs this production of “Matilda,” with Connor Kilian Weigand as the show’s choreographer.

Unloved by her cruel parents, the little bookworm is sent to a boarding school. That’s where she immediately impresses a lovable teacher, Miss Honey, who appreciates Matilda’s unique personality.

But it’s not smooth sailing for the precocious youngster, as Matilda incurs the wrath of the school’s headmistress, Miss Trunchbull, the disciplinarian who hates kids and devises schemes on how to punish little girls who don’t follow her rules.

But with a fun-filled mixture of courage and cleverness, “Matilda” prevails, which saves the day for Miss Honey, and all her fellow school pupils.

Heading the cast is Eliza Marcovitch (who played Scout in PSU’s “To Kill A Mockingbird”) as the title character.

Leah Mueller (Dot in FUSE’s “Sunday In the Park With George”) portrays Miss Honey, with Jonathan O’Harrow (Pseudolus in “A Funny Thing Happened On the Way to the Forum) as the evil-plotting Miss Trunchbull.

Steve Snyder and Katie Kensinger are cast as Mr. and Mrs. Wormwood

Rated PG-13, the show carries a content warning, including adults threatening violence against children, adult language, a depiction of an act of childbirth, use of theatrical haze, bright, flashing lights, and loud noises.